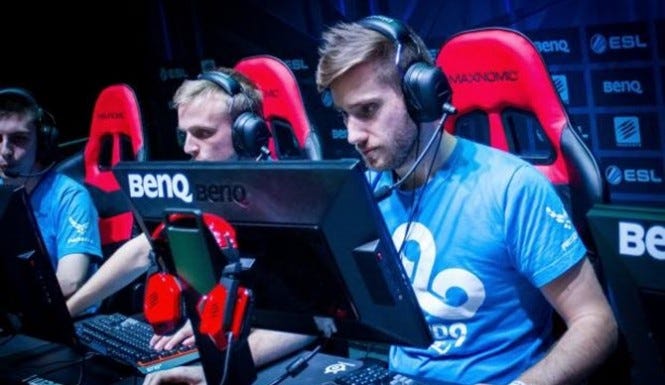 ESPN – As the popularity and money associated with e-sports has skyrocketed, the world’s largest gaming organization, the ESL, announced Thursday it would begin to explore a comprehensive drug testing program.

“We’ve known for some time that performance-enhancing drugs could be a challenge that we’d eventually need to face,” James Lampkin, vice president of pro gaming for the league, told ESPN.com. “With the explosive growth of our events and industry, the stakes have gotten to a point where, just like traditional athletes, some have begun to look for that extra edge. With knowledge that there was likely active abuse of PEDs taking place, we immediately began serious discussions with top drug agencies for methods of prevention.”

Well it’s about goddamn time, no? I mean how long were we going to let these little snot-nosed brats get away with this shit. Back in my day, if you wanted to get the high score in Tony Hawk’s Pro Skater, you grabbed yourself some Mountain Dew Cod Red, maybe a few pieces of pepperoni pizza, and you got your ass to work. If you were feeling crazy, maybe you’d switch things up a little and go with Jolt Cola. But that’s no different than a professional athlete switching from water to Gatorade. There were none of these gamer steroids invovled. It was just pure skill fueled by Code Red. Now we’ve got these phonies turning themselves into super gamers with the gamer equivalent to deer antler spray? Yeah, not on my watch they’re not. Think of all the records that have been shattered by these cheating bastards. It’s deplorable. Absolutely deplorable. Mother fuckers think they’re hot shit because they can find the hidden tape at the School level in THPS2 because they’re all hopped up on Adderall? Get out of my face with that. They’re tarnishing the name of the game and I’m just glad that the ESL is finally stepping in to do something about it.

On second thought, I really think the ESL should force their athletes to take actual steroids and just see what happens. No more parading these little twinks up to the stage. Need more guys in the game like Stone Cold K-Brad here.