Seriously fuck him. I get it Mets fans, he saved you from the Wilpons. Believe me, as someone who has to root for a team owned by Dan mother f'ing Snyder, I would suck the dick sideways of anyone who he sold the team to.

But as a person, Steve Cohen is a garbage raccoon. His proudest achievement is paying a $1.8 billion fine to the S.E.C. When criticized for bailing out Robinhood (and he is more than likely the reason they stopped allowing people to trade GME, AMC, NOK, etc) he joked "trading is a tough game" when he had the rules literally changed to stop him from losing money at the expense of the common man, and he followed it up with how he was just "trying to make a living". So basically he stole money from every common man trader on Robinhood and laughed about it while we were left holding the bag. The empty bag. That's who this guy is.

And now he has mysteriously deleted his entire Twitter. 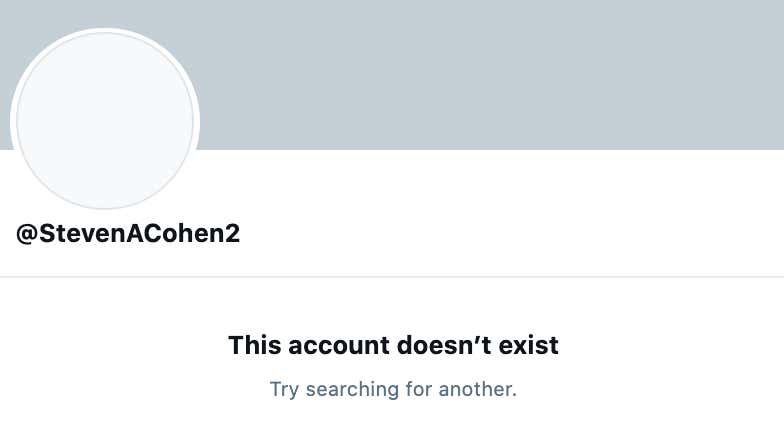 Look Mets fans, you can keep rooting for them. I do it with the Washington Football Team. I know lil Dan Dan is a grade A horse's ass slimeball of the century who probably has a shrine in the Devil's bedroom in Hell. But time to admit Steven Cohen is a complete piece of shit too. Fuck him, fuck him every which way. Hopefully his next stop is jail.