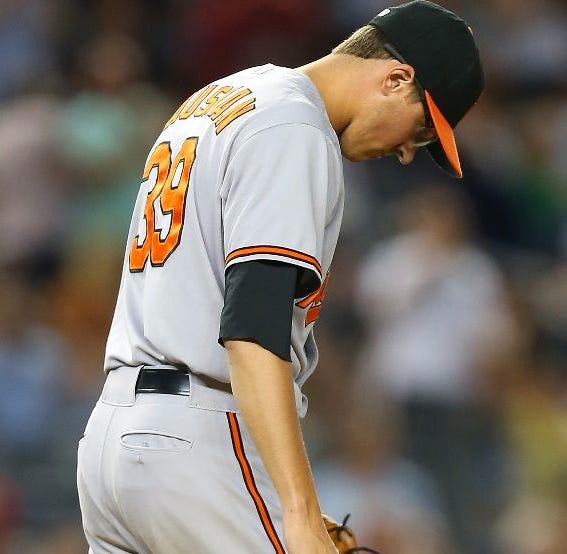 The Orioles stink right now, plain and simple. After reeling off 18 wins in 23 games, they have dropped 14 of 19. They are in fourth place with a 46-48 record, sit 7 back in the division, and 4.5 back in the Wild Card race. This is the farthest the team has trailed in the division since the end of the 2013 season. MLB.com playoff predictor gives the O’s a 13% chance of making the playoffs, and that seems a bit high to most fans I’m sure. But I’m not ready to bury these guys.

This last series reminded me of a mid-2000’s O’s-Yanks matchup. Yanks got on em early, O’s couldn’t get anything going, and then it got embarrassing. Two one-run losses followed by a 9-3 blow out loss that wasn’t as close as the score. First two games it seemed as if the O’s were just a hit or two away from pulling out a out, but couldn’t capitalize. A very frustrating series to watch, especially with how the O’s had just finished their series in Detroit. 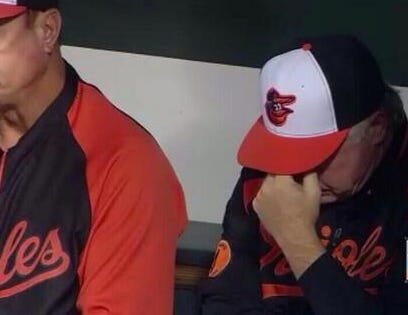 Reasons The Orioles Are Struggling

-You can’t point to one thing that is causing the Orioles to struggle, it has been a mixture of things. At the beginning of the season it was the bullpen struggling and injuries to some key guys like Wieters, Schoop, and Hardy, then it was the offense going cold while the pitchers excelled, then it was the starters who were inconsistent.

-A nice mixture of all those things, coupled with EVERYTHING going right for the Yankees gives you the hole the Orioles are in right now. No one thought the Yankees would stay healthy this deep into the season, nor that a 40 year old Alex Rodriguez, who hadn’t played baseball in a year, would be playing this well (kind of suspicious to me, 40 year old guy finding the fountain of youth, but hey I’ve rooted for steroid guys, and you have too). Plus that the biggest loser to ever come out of Severna Park, Maryland, Mark Teixeira would go on a 16 year old girl no gluten diet and magically stay healthy. Everything that can go right, has gone right for the Yankees, but hey, thats baseball I guess.

-The two one-run losses in New York make it 7 one-run losses in a row. In 2012 and 2014, playoff years for the Orioles, they went a combined 61-32 in one-run games. In the 2013 season and the 94 games played this season, their one-run game record is 32-47. Playoff teams find ways to win one-run games. The Orioles clutch hitting hasn’t been there this season. I know they have the fourth best average with RISP, but that isn’t all that “clutch hitting” is. They are moving runners over, but not getting them in, small stuff like that. It adds up. Simply put, when you win one-run games, you make the playoffs. I can’t find the stat on record, but I’m pretty sure the O’s went through a stretch were they went 8-99 with RISP, yuck.

-Their road record is atrocious. The Birds and the god damn White Sox are the only A.L. teams with less than 20 road wins. 19- 30 away from Camden Yards, where they are 27-18, is not doing yourself any favors. If you can win 2/3 of your home games, win the games on the road you are supposed to win, and steal a few, you put yourself in good shape. Again, the Orioles have not done that, losing series on the road to Miami, the Mets, and the White Sox.

-Scoring runs, at times, has been a problem for this team too. A +36 run differential isn’t bad, but it’s not good. They get hot for a month, then cool off, then get hot again. In April they scored 5.6 runs a game, May they were down to 3.2, June they were back up to 5.2, and so far in July, they are down to 3.2 again. Those are huge swings. Why does this team go through month long struggles? Will they rebound in August and score over 5 a game again? Hopefully. Can’t score 5 and give up 6 every night though. 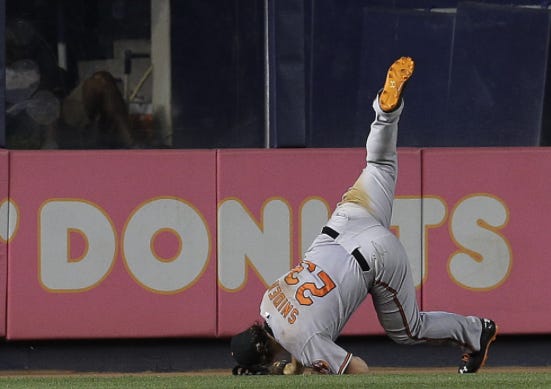 -The Orioles corner outfielder experiments (besides Chris Davis) have failed miserably. The O’s took a risk with letting both corner outfielders walk last year for combined deals of  8 years and $102 million. Bold strategy to not try and keep one of them, because the guys they tried to replace Cruz and Markakis with have been awful. The O’s whiffed on all of their “replacements”- Steve Pearce, Nolan Reimold, Chris Parmelee, David Lough, Alejandro De Aza, Delmon Young, and Travis Snider (See above photo). Young and De Aza have been DFA’d, Pearce is “injured” and had a severe drop off from his production last year, Travis Snider hasn’t been able to duplicate the success he found the second half of last season, Reimold can’t hit anyone right now, Parmelee had two good games and should be working at the snack bar tonight, and David Lough is only still on the team because he is the only backup for center field. Nothing was done in the offseason to fill these holes and it’s killing them now.

Another question being asked is are they going to be buyers or sellers at the deadline? I have no idea, and none of these other bloggers do either. Until Buck or DD announces it, we don’t know. I’m not gonna pull names out of a hat to get clicks and see which trade I can make on my Playstation. Let the front office make their moves. The key guys from last years squad are still here, they know what it takes to win a division. They aren’t going to roll over and call it quits. 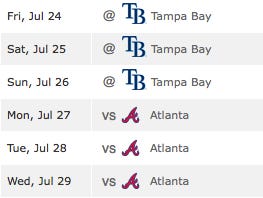 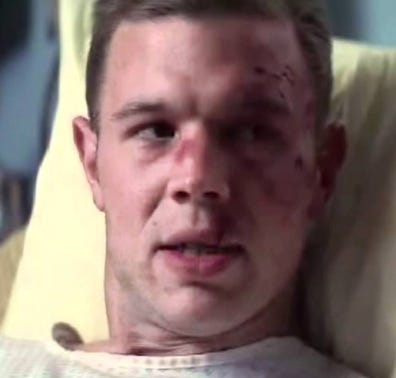 To quote the late Gary Bertier, “I’m hurt, I ain’t dead”. The O’s aren’t playing their best, and aren’t in the drivers seat. But at least they’re still hovering around .500 with time to catch up, especially with 21 of their next 24 games coming against teams with losing records. If there ever was a time to make a run, this is obviously it.

O’s MUST come out hot against the Rays, gotta score early and often, beat up and get Archer out of the game. This is another series they need to win, minimum 2 out of 3, hopefully a sweep. Have to get some good pitching performances coming up. Atlanta coming in after that, lets welcome Neck Markakis back with a series loss. Baby steps though, just win one game at a time, worry about the next one when it comes.

P.S. The O’s are 13-17 since the 8 hr game against Philly, the night I got banned from Vine. I hope you’re happy Vine, if you think this is a coincidence, you are mistaken. Give me my Vine account back, and the O’s start winning again, simple as that.