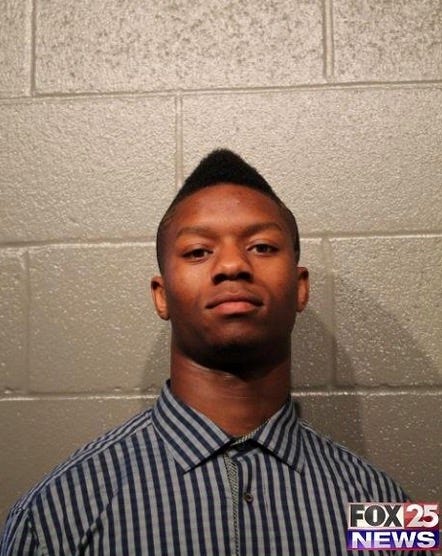 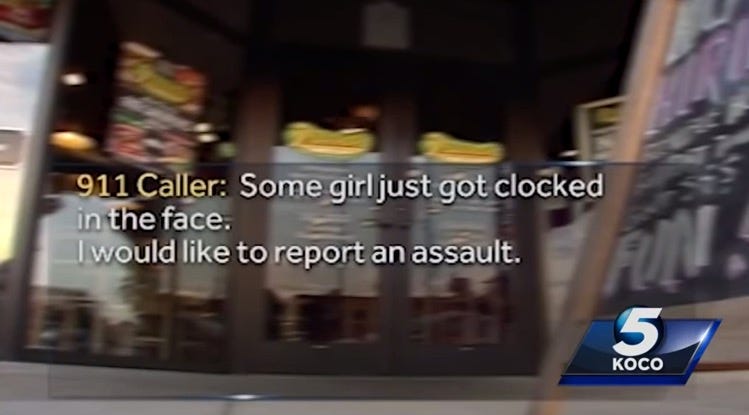 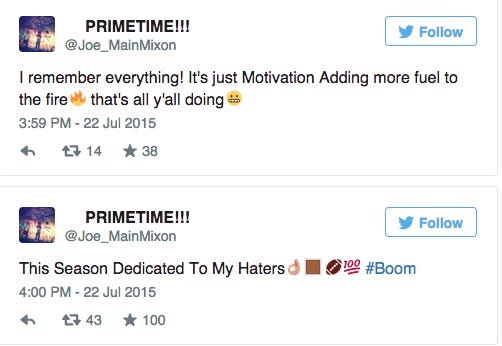 Dallas News - Just a day after Oklahoma coach Bob Stoops defended the university’s decision to reinstate controversial running back Joe Mixon, the redshirt freshman may have undone some of his coach’s work by dedicating this season to his “haters.”

With a pair of tweets Wednesday afternoon, Mixon called out those who’ve doubted him in the year since his incident, saying he remembers everything and that “it’s just motivation.”

Well, that’s one way to get back in the good graces of everyone in Norman and prove to your coach that you’ve matured and that he made the right decision in standing by you and giving you a second chance. Take the first opportunity you can to tweet out something to your “haters” – you know, those troll assholes who gave you a hard time for “knocking a chick out on the floor of a restaurant while blood rushed out of her nose and mouth.”

Cops wouldn’t release the video publicly, but the media was allowed to watch it and here is a full description of what happened:

Twelve seconds into the clip, bent over with her arms on the table in front of her, Amelia Rae Molitor motions someone closer.

Twenty-one seconds later, Molitor lay motionless on the floor of Pickleman’s Gourmet Cafe after taking a single punch to her left jaw, and Joe Mixon, the 18-year-old Oklahoma freshman running back who delivered it, walked out of the shot and into a whirlwind of uncertainty.

Mixon has been charged with acts resulting in gross injury, a misdemeanor. Molitor, a 20-year-old OU student, was not charged in the July 25 incident, which left her with fractures of her jaw, cheek bone, sinus and orbital bone.

The restaurant — a sandwich shop and pizzeria just north of OU’s campus — stays open until 3 a.m. Thursdays through Saturdays, catering to the crowds of mainly college students emptying out of nearby bars in the early hours.

On this early Friday morning, the eatery is nearly void of activity in view of the camera as the clip starts.

None of the other tables in sight of the camera is occupied when Molitor comes up with a friend at her side and leans over facing the camera to talk to people sitting on the other side of the table.

When she motions someone over, Mixon walks into the frame near the counter.

Wearing sunglasses propped on his forehead, a lanyard around his neck and a T-shirt, Mixon appears calm as his night out celebrating his 18th birthday is two-plus hours into overtime.

After a brief discussion, Mixon looks as if he’s going to walk away, but looks like he says something as he turns. Molitor then pushes Mixon, setting off a quick series of events that were over in three seconds. Mixon reacts to the push by lunging at Molitor with a closed fist at his side. She reacts by slapping Mixon near where his jaw and neck meet on his left side.

Mixon lands a devastating right hook that knocks Molitor off her feet. First she hits the table on her left ear, then falls to the ground, where she lays still.

Mixon walks out of the frame toward the front of the restaurant and is not seen again. [NewsOK]

So basically the exact same thing as the De’Andre Johnson situation. Pretty much to a tee.

And I’ll say the same thing now that I said then. Even if every single thing you hear is true – even if the chick was drunk and belligerent, pushed you, called you the N word, hit you, whatever. Can’t even imagine the anger bubbling up from that series of events. But that’s just part of being a man, being able to control it. You just can’t wind back and unleash a full force haymaker to a woman’s face like that, period. A punch so hard it fractures 4 bones in her face. Sorry but that’s the way it is.

Not only from a moral standpoint, but because it’s the fastest way to watch your football career disappear in front of your eyes. Unless Bob Stoops gives you a second chance. In which case, you should try to avoid your first instinct to be a dick on Twitter. Just a word of advice for you, PRIMETIME!!!.