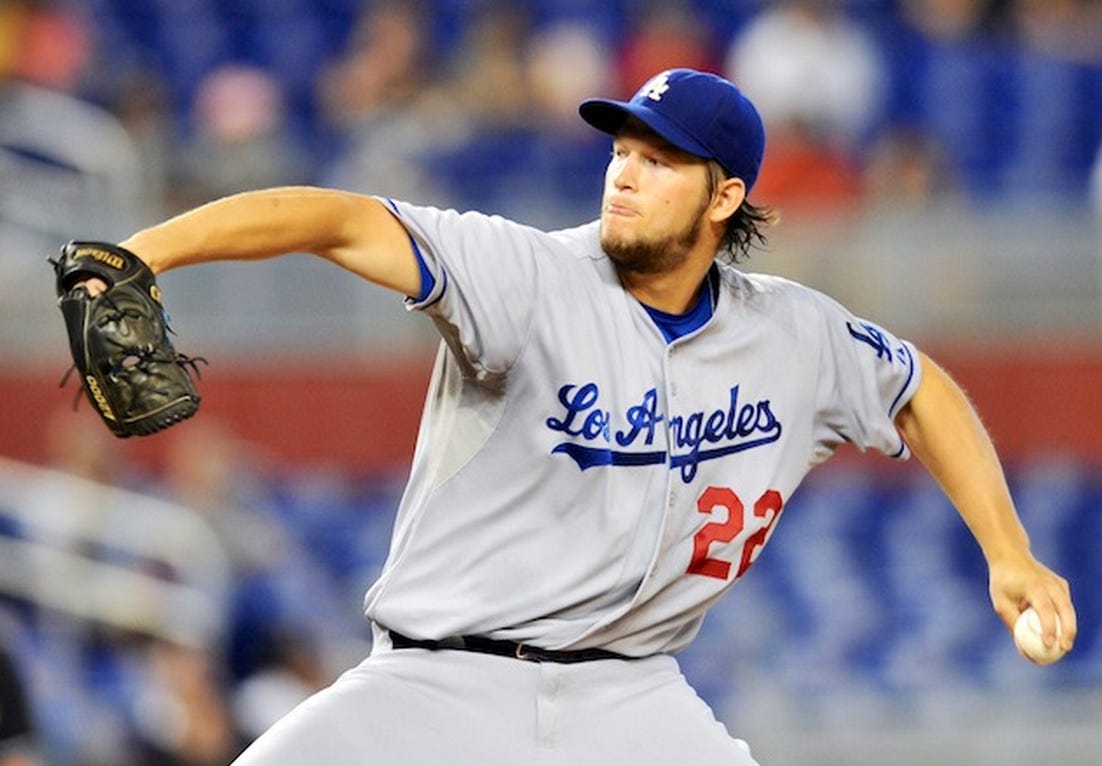 No exaggeration the fact that Clayton Kershaw didnt throw a Perfect Game tonight against this lineup:

is actually a bad start. Like as a baseball fan, as a betting man, as a realist, you look at that lineup and the smart money is on 27 up 27 down and thats truly, genuinely not an exaggeration. Thats how good Clayton is but thats how pathetic that Mets lineup is. There was FOUR guys batting under .179 in the lineup including John Mayberry at clean up. Part of me wishes it was a Perfecto because in my sick twisted head maybe everyone throwing around the term “Inevitable Perfect Game” would be embarrassing enough for the Wiplons to make a move and try to assemble a real offense. But you and I and everyone on earth knows it wouldnt have made a difference. Nothing would change anyway.

Anyway, If Im Kershaw Im giving a post game press conference like I just went 3.2 IP, 8H, 6 ER. Just FUMING about how disappointing my start was that I couldnt retire all of those bums in order. Its honestly like a minor league rehab start for a Cy Young pitcher and somehow he didnt get it done. You’re a BUM Kershaw. A BUM. Dodgers should DFA him tomorrow.

PS – Granderson’s single to break it up may be the most miraculous regular season single in history. 0-2 count and Curtis was 8 for his last 68 (.118) against lefties. An actual miracle.