This blog may seem like it's coming out of left field but honestly that just means you're not up to speed on my outdoor adventures with Chaps. For that I take complete responsibility starting with this blog about an overlooked controversy in the wildlife community: Bluegill conservation.

You see just a few weeks ago I would've been the last guy in line for panfish advocacy. In a stark world ruled by nature over nurture, it's just not in my blood to give a shit about Bluegill. But then news started to percolate that our Sirius radio days could be winding down, potentially creating a gaping and indefinite content hole in my schedule. Some ideas with Chaps were exchanged on how to fill the void with the two of us ultimately agreeing to a Tuesday/Friday morning live stream.

Chaps and I go fishing and shoot the shit about life for an hour while using some outdated and extremely limited video game as the backdrop. It's a lot less about the catch and much more about the conversation.

But even so I can't contain my competitive juices and natural sportsman attitude. They completely took over as I patrolled the shallow shores of Lake Minnetonka for the first time, tirelessly clinging to my outdated gaming intuition while ignoring each and every in-game tutorial prompt.

PRO TIP: Drive by using R2 to accelerate and LS to steer just like literally every other video game ever made for playstation

After a small period of trial & error, I managed to get into a rhythm and catch some entry level fish. It wasn't Olive Garden on a Saturday night but we were still cleaning up pretty good. 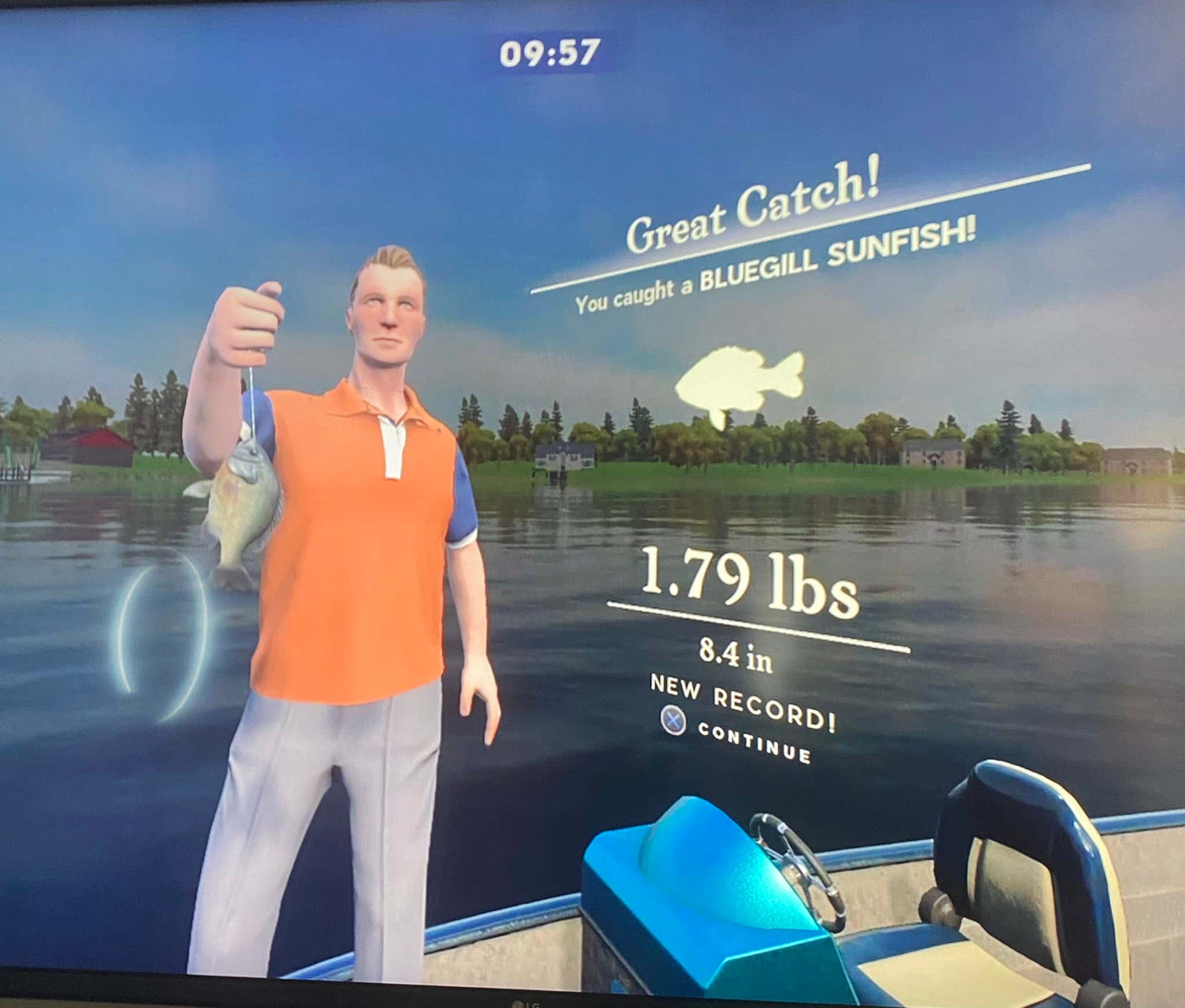 Only problem is I started getting cocky with the Bluegill. Like most people I encounter New Record! and instantly want to smash it into pieces over and again. Even though we're talking about a living breathing species, my rod was right back in the water because 1.79 lbs simply isn't good enough for my ego. The result? Completely overfished waters and a severely jeopardized local ecosystem. Couple that with lackadaisical regulatory oversight from the governing authorities and you can see where this becomes a problem. People just aren't thinking big picture.

That's why we need to change the narrative. There's no public honor in being the #1 Bluegill guy on the lake. You're not getting your dick sucked at the corner bait shop or being offered Cabela's sponsorships to be the new face of Bluegills. All you're doing is decimating the local panfish population and harming future generations of outdoorsmen like myself and Chaps. Not cool when you remember we don't have a radio show anymore. You take away the Bluegill then what else do we have?

For now, be cautious and reasonable with your Bluegill loads. Even if you're in compliance with local fishing & gaming subject matter jurisdiction, you owe it to Mother Nature to be sensible.

Otherwise you better have a great fucking recipe like this guy.