Had a split slate yesterday and did picks for both. As you can see the day picks did much better than the night. 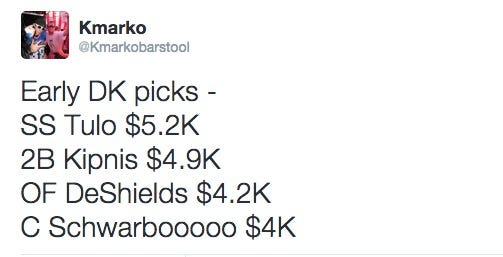 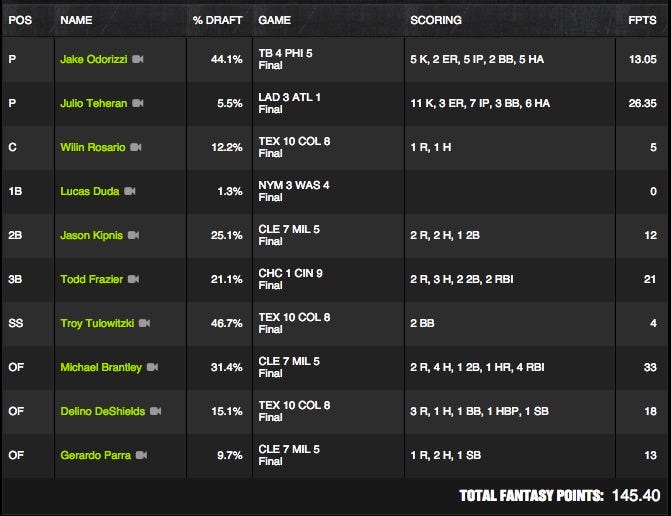 Kipnis, DeShields, and my new favorite player Kyle Schwarber AKA Schwarbooooo pitched in some great scores for us (sucks I couldn’t fit Schwarbs into my final lineup, could have cashed more). Tulo disappointed yet again, which leads me to believe all the trade talks and his recent comments about the Rockies are really in his head right now. Might avoid him for a bit. 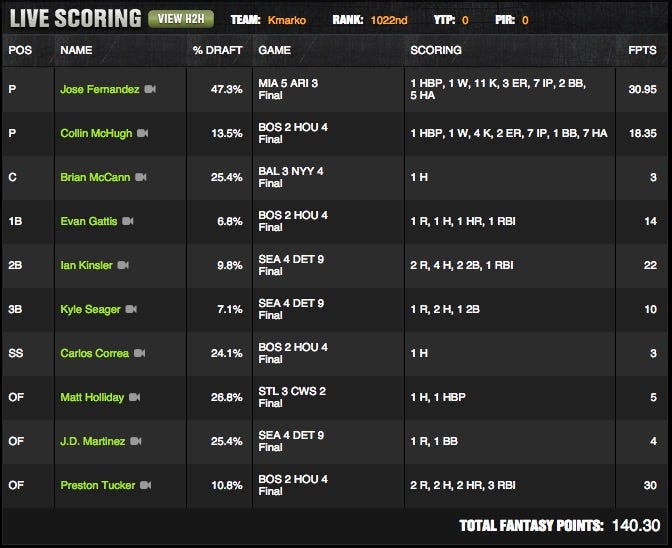 But I’d still like the picks I give out to everyone to be the big scores of the night.

Anyway, on to tonight-

-Clayton Kershaw against the Mets…Lol.

(There’s a lot of good, solid pitchers in the 8-10K price range so I’ll give you my thoughts on each)

-Liriano is having a great season and the Nats are struggling with injuries, but he’s got a neck injury thing that would worry me when I have to spend $10.3K on him

-I was pumped to play McCullers against the Sox tonight but it seems like they finally caught up and matched his price to his talent. 9.3K is a little steep.

-Possible value spots: Man, I don’t even know. After those 4 main guys it gets pretty rough. Good luck navigating that minefield. 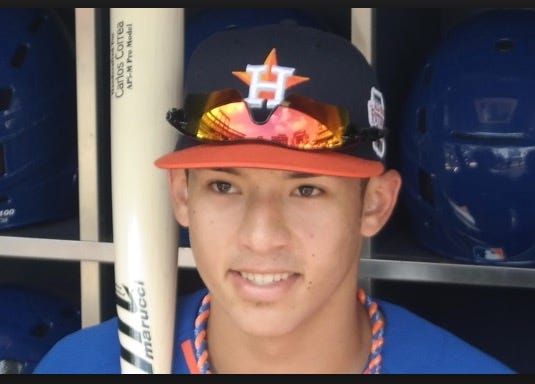 Yup going back to the Correa well for a second night. A little trend I’ve been noticing – if I recommend a guy here that I feel really confident about, then he has a dud game…95% of the time he’ll have a huge game his next time out. It’s like I have good gut instincts but they’re always 1 day off. So going to put that to the test tonight with Correa.

Oh, and his matchup with Wade Miley is absolutely perfect.

PS – As I was writing this, Jacoby Ellsbury hit a home run. Yes the Ellsbury I recommended last night and did squat. Trend = alive and well. 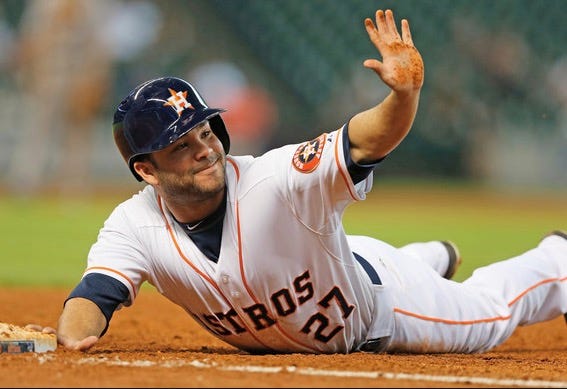 Yeah not to pick on Wade Miley or anything but, I’m gonna pick on Wade Miley. Altuve against a lefty is always an auto consideration, and tonight it’s even more so. ‘Stros are a top 3 offense to target tonight and I plan on doing just that, starting with Correa and an underpriced Altuve.

Checking out Miley’s game log, he’s been going disaster, gem, disaster, gem all season. Last game was a 6K, 26 point gem so if you believe in patterns you should feel even better about this one. 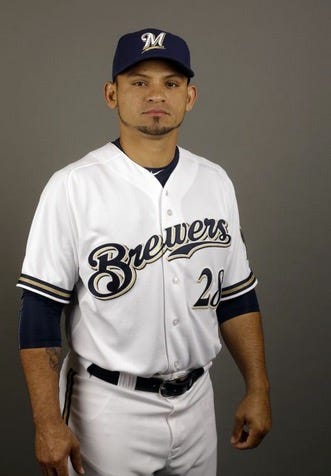 Parra is a guy I’ve been rostering a lot lately and who always seems to come through for me. The Brewers have been red hot and they have a matchup against a kid making his first start in one of the best hitting parks in the majors…give me a lead-off home run hitter for under $4K please, thank you. Brewers have the highest team total of the night BTW.

PS – More on Godley via CBS:

The Diamondbacks have announced that right-hander Zack Godley will get the call from Double-A to start Thursday’s game against the Brewers. Godley, a 2013 10th-round draft pick, has not pitched higher than Double-A in his professional career. He was acquired by Arizona in the offseason as part of the deal that sent Miguel Montero to the Cubs.

He has struggled in his three starts with Double-A however, going 1-1 with a 5.14 ERA. 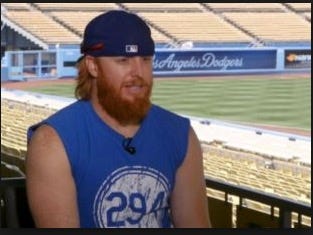 He’s hot, he qualifies at 2 positions, he bats clean up and he’s at 3.4K. Should I go on? OK I will…revenge factor! 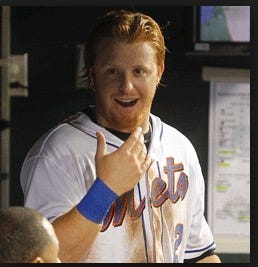 Ok probably not really, but all the other stuff definitely applies.

That’s it for me, hit me up @kmarkobarstool if you want to chat about fantasy baseball like a couple of nerds.