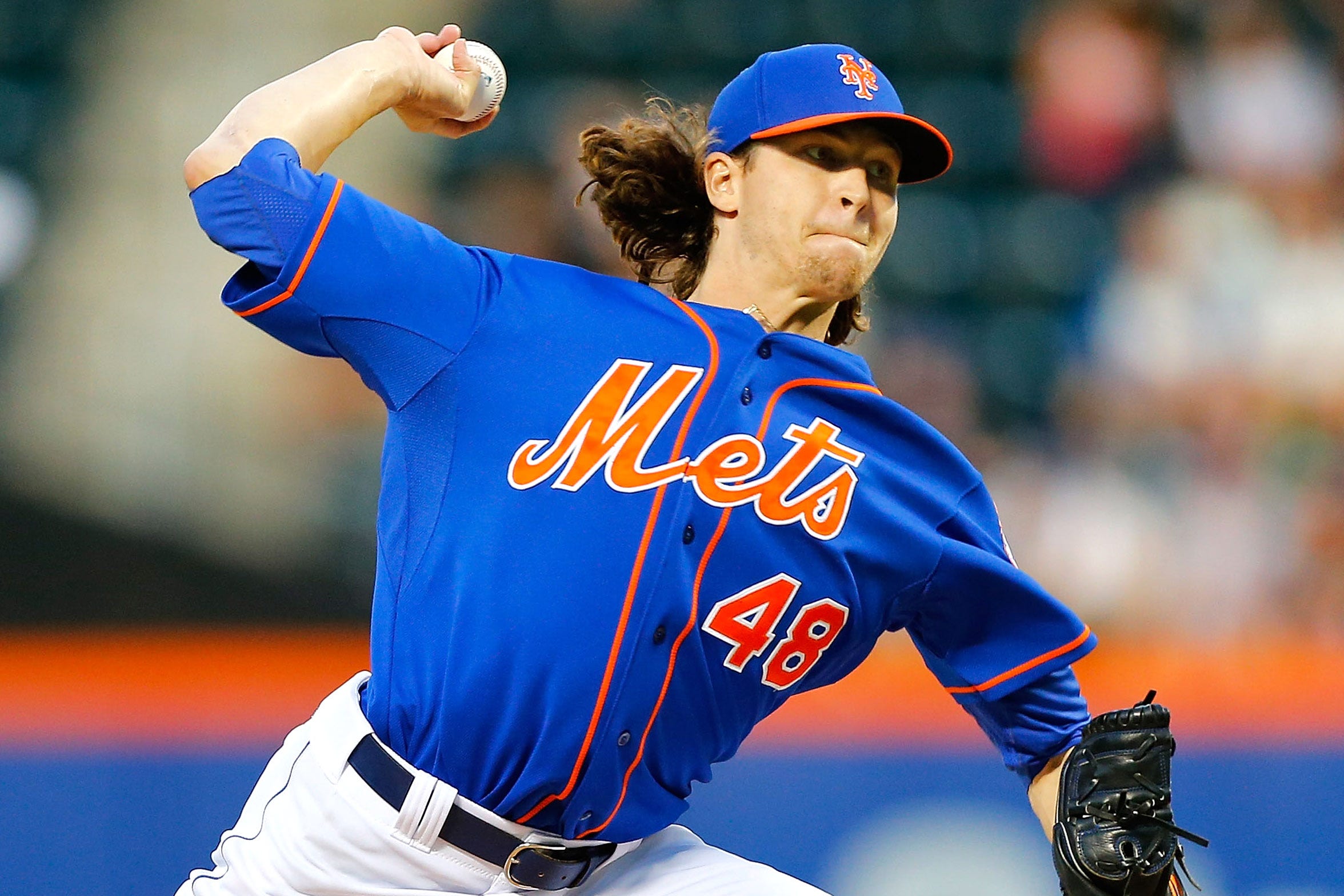 GammonsDaily-  In May, 2012, the Red Sox were working on a deal with the Mets for catcher Kelly Shoppach. Ben Cherington asked Sandy Alderson for a soon-to-be 24-year-old righthanded pitcher in the Florida State League who had missed the 2011 season after surgery.  The name? Jacob deGrom. Alderson seemed comfortable with the original idea, but checking with his minor league people caused him to tell Cherington he had second thoughts. So, finally, Boston received Pedro Beato.  Second thoughts that may have altered two franchises’ histories.

Stories like this are always interesting to come back to as the trade deadline approaches.  As we watch the Mets offense slog around night in and night out, us fans are ready to trade almost anyone in the minors for some sort of actual Major League bat.  Especially guys in Single-A or Double-A that we don’t know much about.  But can you imagine if the Mets had traded Jacob deGrom for Kelly Shoppach? KELLY GODDAMN SHOPPACH!  Just watching that beautiful mane of hair with that laser, rocket arm take the bump in Fenway every five days may have been the straw that broke the camel’s back for some Mets fans.  And all we would have had to show for it was a .207 average from Shoppach over 28 forgettable games in his short-lived stint with the Mets.  Nightmarish stuff right there, even for Mets fans.  Thank Christ the trade ended up being for Pedro Beato, a name I literally had not thought about until I read this article.  But just the fact that Alderson seemed comfortable with the idea scares the crap out of me.

The Wilpons continuing to be the cheapest fucks in baseball seems to be really tying Sandy’s hands on what he can do.  Most Major League GMs in major markets would be able to just trade a couple of their prospects for a bat and eat a decent sized salary along with it.  But not the Mets.  Being 21st in the Majors in payroll but still in the thick of a division race is impressive.  Unless that team is in New York City and the shitty owners refuse to do anything to fix the GLARING hole on the team.  Just like any Mets blog, everything comes back to the Wilpons being shitty owners, perhaps the shittiest in all of New York.  And with Jim Dolan and Woody Johnson sharing the city, that is saying something.  Please don’t sit out this trade deadline, Sandy.  But also please don’t trade any future Cy Young candidates for catchers that hit .207.  Thanks.