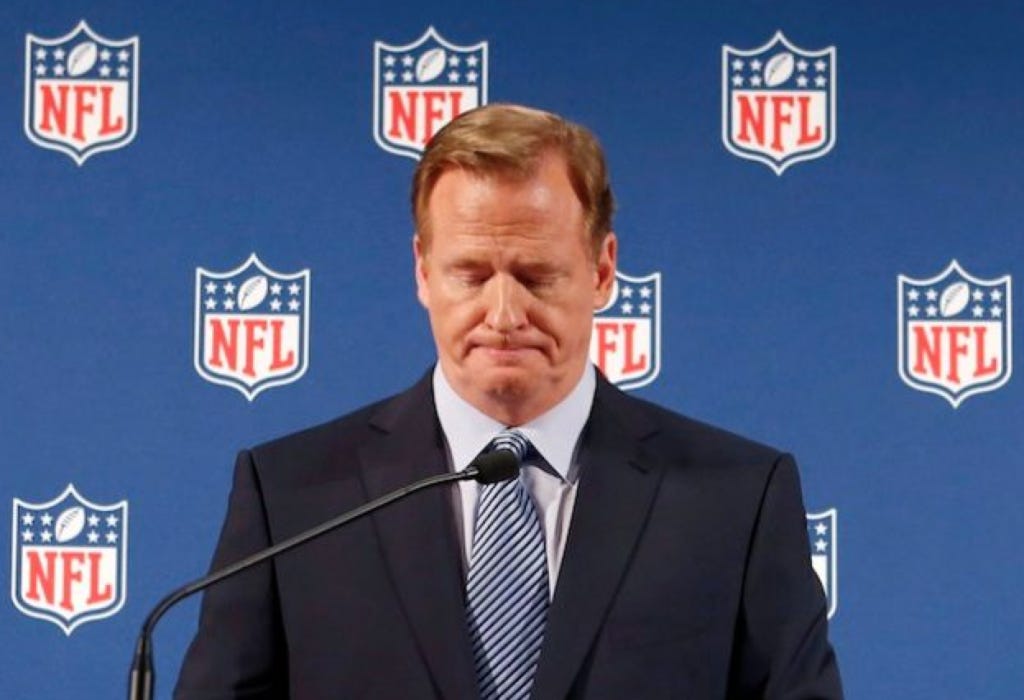 (Source) — When a suspended player exercises his appeal rights, a settlement is always possible. In the case of Patriots quarterback Tom Brady and his four-game suspension for doing whatever he did in relation to the #DeflateGate controversy, a league source tells PFT that settlement discussions have indeed occurred. To date, no progress has been made toward a deal. While it remains possible that something could be worked out, it would be unexpected. Per the source, NFL Commissioner Roger Goodell is being pushed by a small handful of influential owners to hold firm on the four-game suspension. Working against that pressure, however, is the fear that the four-game suspension would be wiped out by a federal court. Attorney Gregg Levy, who was one of the finalists for the job Goodell received in 2006, participated in the Brady appeal hearing as a legal consultant to the Commissioner. It’s believed that Levy has been warning Goodell that it will be difficult to make a suspension stick in court, even under the heightened standard that applies to challenging the outcome of a private arbitration agreement. So while there’s still no good way out of this mess for Goodell, the safest course for him personally would be to hold firm and to force a court to reduce the suspension — since Goodell suffers little or no P.R. consequence when one of his disciplinary decisions is reduced or wiped out by someone else.

Sooooooo the suspension is going to stay at 4 games then. That’s pretty much what we just read. When the decision comes down expect it to be “Tom Brady: 4 game suspension.” Start mentally preparing (read: grabbing your pitchforks) now and just be ready for it. Because if it comes down to a choice between “pressure from a small handful of influential owners” and “common sense/advice from your legal consultant” then who do you think Puppet Goodell is going to side with? That’s correct, the guys who sign his $40 million dollar checks every year. You think Goodell is gonna go against the Rooneys and Jerry Jones, when the Patriots coincidentally play the Steelers and Cowboys in the first 4 weeks of the season? Go against the wishes of Irsay, Bisciotti or the AFC East? Of course not. Goodell’s going to side with the guys who are tired of getting their asses kicked by Tom Brady and the New England Patriots for the last 15 years. Who are tired of having their organizations embarrassed by Bob Kraft in every single facet of being a team in the NFL. They despise the Patriots with such fire that they’re willing to take a horrible PR hit for the league, as “the NFL cares as much about women as they do about PSI” will undoubtedly become a narrative once Greg Hardy and Tom Brady receive the exact same punishment. They’re even willing to admit that it’s entirely impossible for Roger Goodell to be an impartial arbitrator when he’s in the back pocket of the owners and doing as they please rather than serving actual justice. They don’t care, as long as it keeps Tom Brady off the field then it’s worth it. Biggest joke of a league in history.