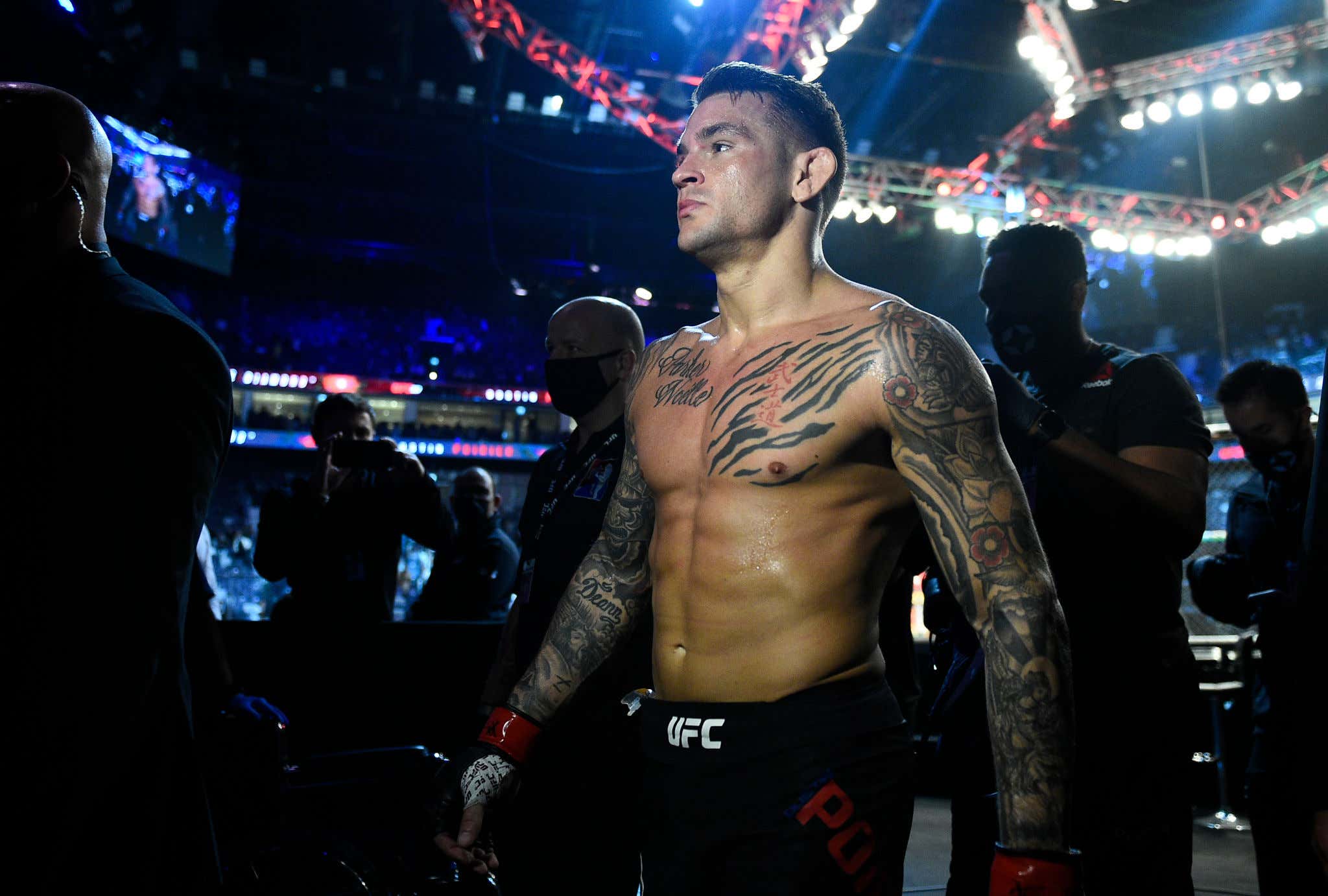 After knocking out Conor McGregor on Saturday night, getting revenge/redemption on the most high-profile loss of his career, and becoming the first fighter in mixed martial arts to ever finish the sport's biggest star in that fashion, you'd think that Dustin Poirier would be over-the-moon excited at his post-fight presser.

That wasn't really the vibe he gave off, however.

Poirier immediately spoke about how rough the two weeks spent on Fight Island had been for him mentally - sitting in isolation, doing nothing but thinking about the fight - and said that he didn't enjoy any part of the process this time around except his time spent actually competing. He had even told Daniel Cormier earlier in the night that he felt 'flat' in the locker room while he was warming up and that he "didn't like this anymore".

When asked if his future in the octagon was in question, it certainly didn't sound like he was done, but it also sounded like it was gonna take something pretty damn enticing to get "The Diamond" back in the cage. He said there was no way he was fighting Michael Chandler if the UFC was gonna try to book that (on the basis of Chandler not deserving a title shot after beating the same guy Dustin just beat himself - which I think is fair), and when asked which names DID interest him, Poirier only had two in mind: Conor McGregor and Nate Diaz.

Obviously, the rematch with McGregor is basically inevitable at this point, with the fighters at one-TKO-a-piece, and after looking at these PPV numbers….

(1.6mil makes it one of the top three selling PPVs in UFC history, likely #2 behind only McGregor/Khabib)

….it's a no-brainer for McGregor, Poirier, AND the UFC to go forward with it - and now that Conor is "already harassing everyone to get the rematch", I assume it's next - but how about Nate Diaz still being in the mix OVER A YEAR since after he last stepped in the cage?!

Dustin Poirier and Nate Diaz were originally scheduled to fight at UFC 230 back in 2018 (the Madison Square Garden card for that year), but it was allegedly extremely difficult for the UFC to come to terms on Nate's end, and dragged on and on to the point Poirier said, "Fuck it, I'm out", and went and got hip surgery….

He's been asking for the fight with Diaz to be rebooked ever since, though, because Nate immediately tried to made it seem like Poirier was ducking him on social media (and has been talking shit here and there ever since), and Dustin hasn't taken too kindly to that….

Even Conor McGregor brought up Nate at his post-fight presser, once again proving him as an all-time "needle-mover", and once again provoking another tweet out of him….

There were rumors about a potential Nate Diaz vs Justin Gaethje getting scheduled a few weeks back, and I think the most likely scenario at this point is probably the UFC going forward with that (if Nate doesn't shut it down now, demanding Poirier), and then rebooking Poirier/McGregor III right away, possibly for the title - but the lightweight division is certainly in a bit of matchmaking chaos at the moment with Michael Chandler, Charles Oliveira, and even guys like Tony Ferguson in the mix up there, so who knows what's gonna happen in these next few months.

Good news is - there are pretty much zero bad fights to be made among these contenders….

….so whatever happens, I think we'll be the ones lucking out.

P.S. I think I have to try Dustin Poirier's hot sauce now. Everyone says that shit is bangin.