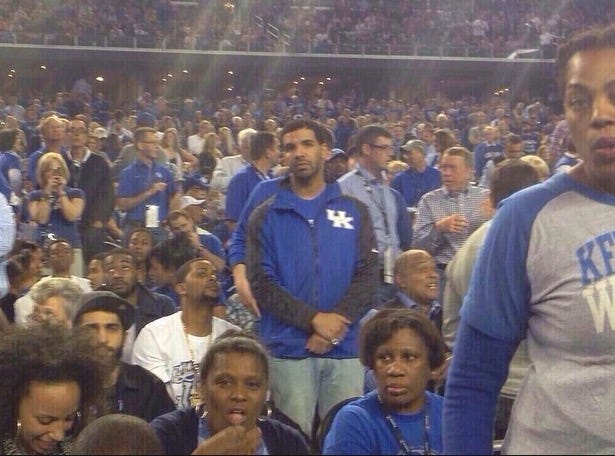 Of course you do. That airball was unforgettable. What was also unforgettable, at least for Class of 2015 recruit Charles Matthews, was getting a chance to take a picture with the most famous rapper in America that doesn’t write his own lyrics:

That’s an NCAA violation. According to a letter obtained by the Sporting News, Kentucky told Drake not to meet with the recruits that were on campus for the event because it was a violation of NCAA protocol, going as far as to post staffers in hallways to avoid the rapper crossing paths with the players.

Didn’t work too well, it seems.

Not only did Kentucky have to self-report the Level III violation, they sent a cease and desist letter to Drake and his management team.

This poor guy Drake cannot catch a break (hey that rhymed, that’s how you know Drake didn’t write it, ZINNGGGG! Can I get an amen Meek Mill?)

But seriously, as far as worldwide superstar mega rich celebrities go, Drake is having a pretty rough stretch here. Got rappers calling him out all over the place for using ghost writers, on top of all the daily shit he has to deal with from the haters saying he’s not a “real rapper” and he’s too emotional and sensitive and all that. If there was one thing he could rely on to get away from all that it was his beloved sports teams (Raptors, Nets, Heat, Man U, Manchester City, Liverpool, Chelsea, Toronto FC, UConn, Texas A&M, Blue Jays, Indians, Astros, Maple Leafs) – and now the one he puts above all others…the one he has been a fan of “always”… 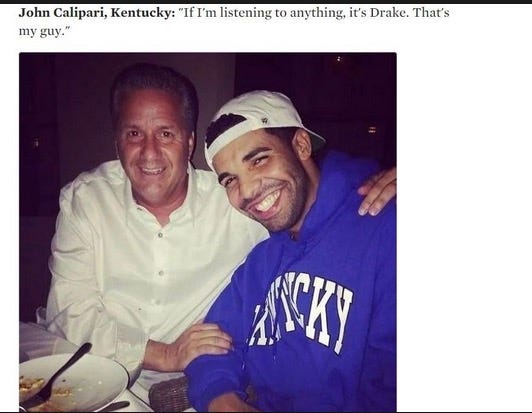 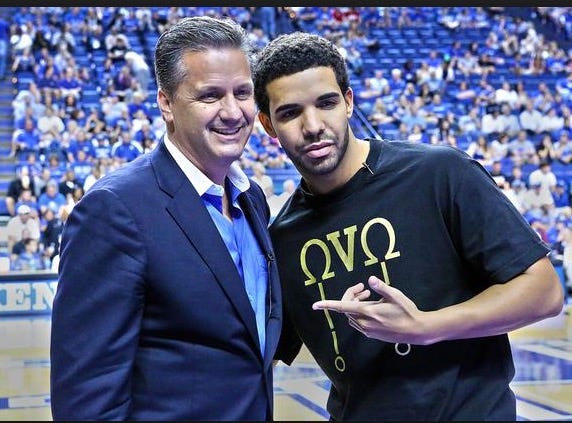 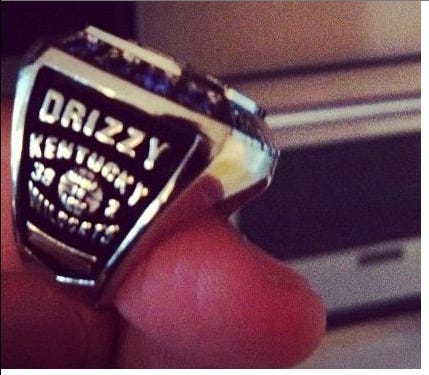 …Hits him with a cease and desist right in the face.

All for taking a little pic with some recruit. 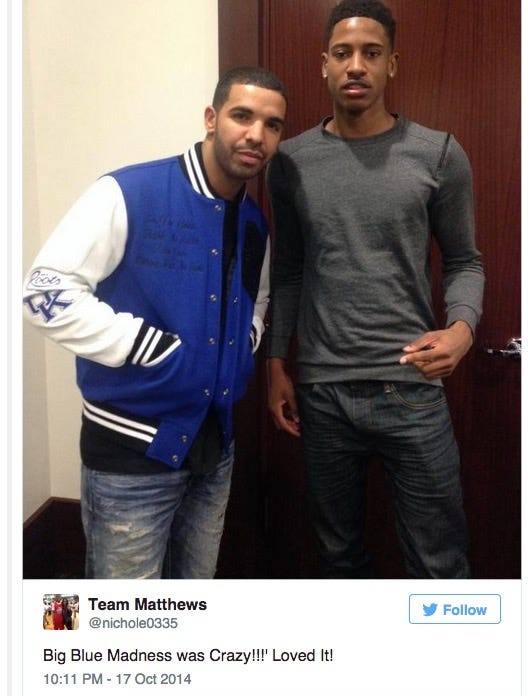 So basically, all in all, worst college visit ever. Public humiliation and an official cease and desist for violating NCAA rules. Bummer. 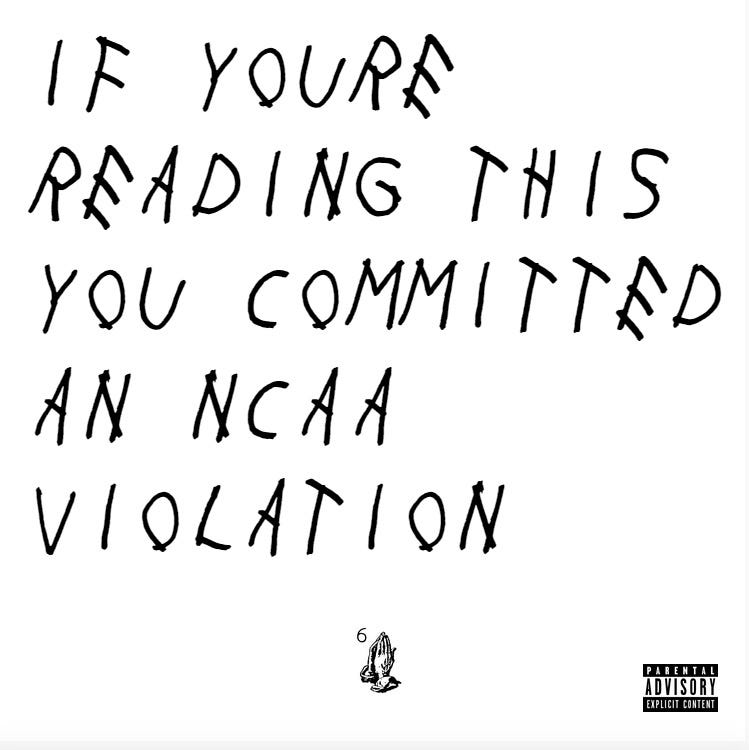