The Wizards are a mess. No. They are whatever is 5 levels under a mess. It's a tragedy what this team has tailspun into. 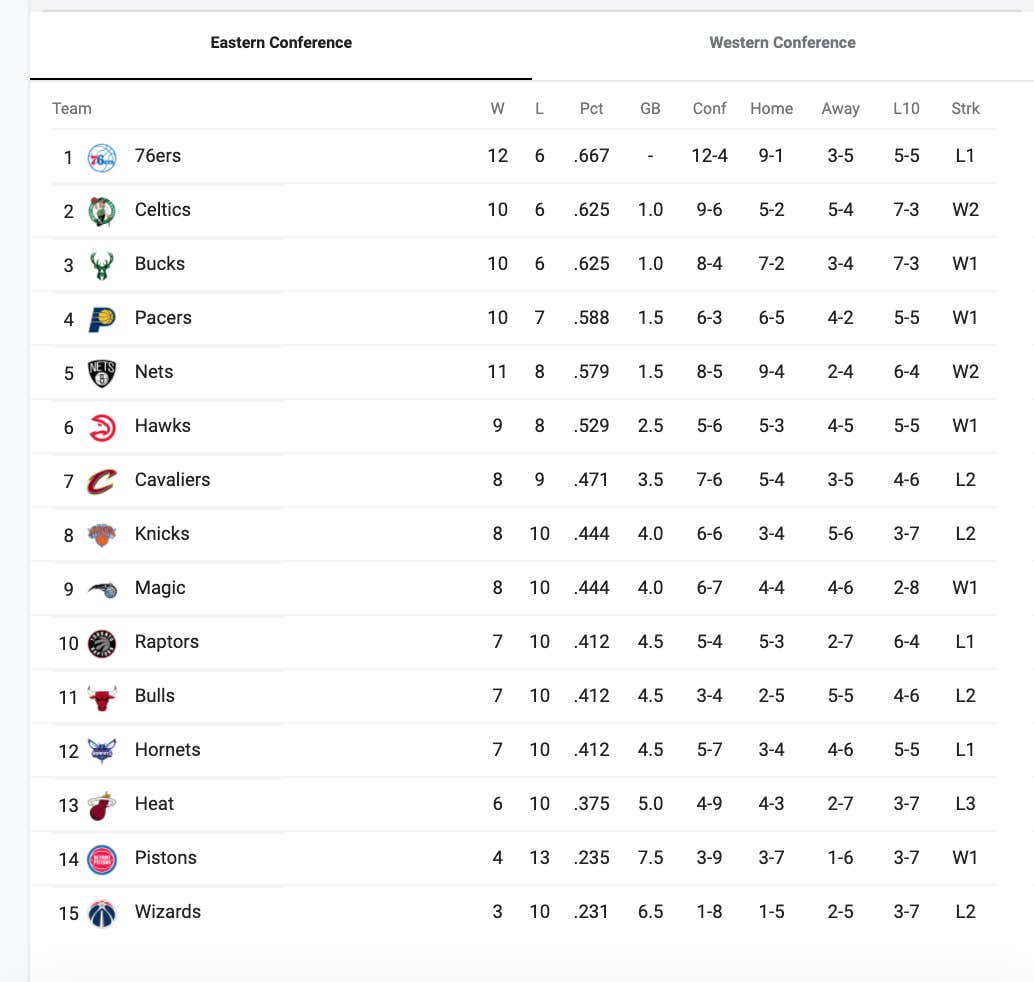 And going through it all is Bradley Beal, who if he wasn't stuck on this team, would widely be considered one of the best players in the league. He's not loud, he's not a diva, he's not dramatic. He just plays good basketball night in and night out. And I don't want to say "stuck here" actually. Because he signed the deal to stay here, and I honest to goodness think he likes it here. But the way this team is constructed, and with both the Beal and Russ contracts, it's not working at all. On paper the Wiz aren't absolutely terrible. But on the court nothing works. Oh, and Scotty Brooks is a god awful coach, so that doesn't help matters either.

So my plan? Start it all over. Beal's trade value has never been higher. He's first in the league, averaging over 34 points a game. 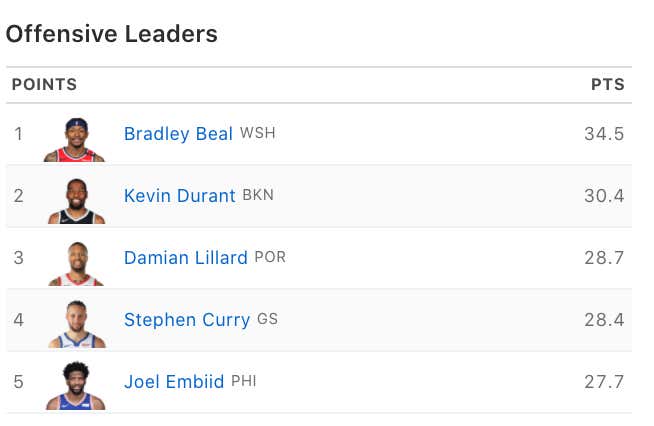 He's an absolute beast coming into his prime. Never heard a bad word said about him. So despite everything that is so great for him, maybe it's time the Wizards did a complete, 100% rebuild. Gather ALL the picks. All of 'em. 76ers style. I don't know what the deal is with moving Russ, but I'm sure it's possible, crazy shit goes down in the NBA every day.

And while they are rebuilding, get rid of the Wizards name too. Put a fresh coat of paint over the entire organization. Tommy Sheppard can possibly stay, I don't think he's a bad GM. But everything else must go.

A complete overhaul on an historically bad franchise is what we need. Worked for the Caps. Got Backstrom and Ovi and Carlson and Kuznetsov and won a god damn Stanley Cup. Unfortunately for the Wizards drafting has been suspect at best. Let's have a looksee: 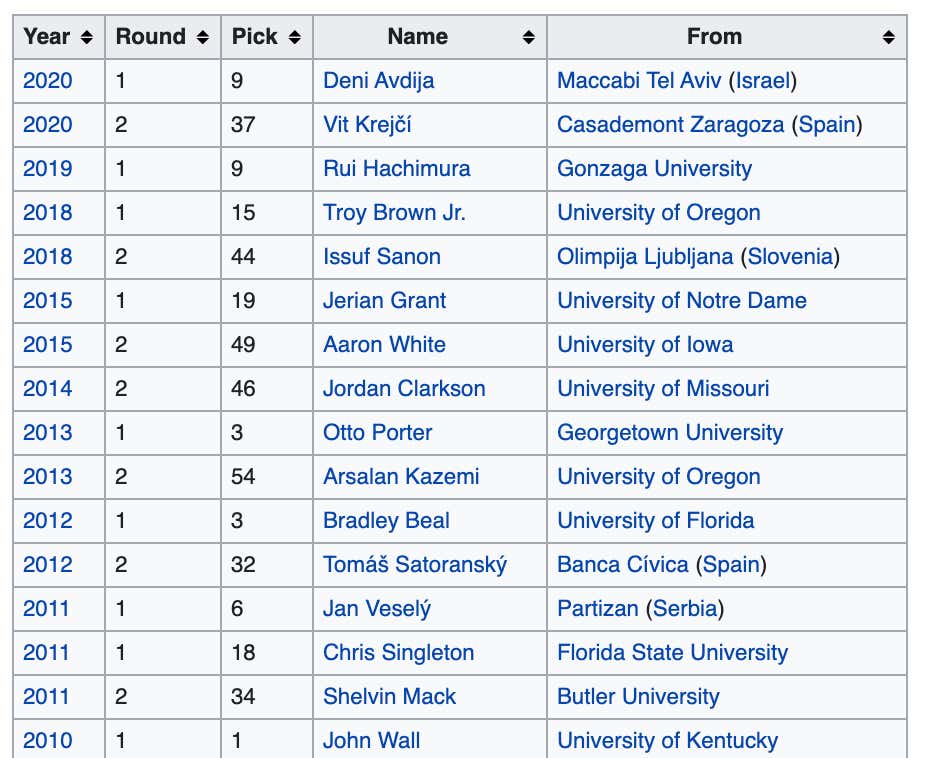 2014: No first rounder, took a decent player in Jordan Clarkson in the 2nd, traded him for cash considerations

2015: Jerian Grant who was traded on draft night for Kelly Oubre who we did nothing with who was eventually traded for a sack of moldy potatoes. Oubre is good now.

2018: Troy Brown Jr. Has shown flashes but gets no playing time and will eventually go somewhere else and be good there.

Had a 96% chance at Zion, ended up falling to 9 and taking Rui. I actually like Rui and think he could be good but he's not Zion. And now he has COVID and hasn't recovered. Kinda worried about him tbh.

So that's where we're at. It sucks. I want to watch a fun NBA team. I want Bradley Beal to succeed. And I'm going to be honest, Russ has not been as fun to root for as I thought he would be. Oops.

All in all, it's tough sledding right now for the team and the fans. I think everyone wants them to be good. But this is the NBA. If you don't have a super team of LeBron and AD, it's tough to win. And as it is, this Wizards team is not that. Maybe I'm wrong. Maybe we get the number 1 overall pick this year and him, Beal, and Russ are that super team. Who am I to say? I just think the best move is to get max value for him and start over. We'll see what happens.