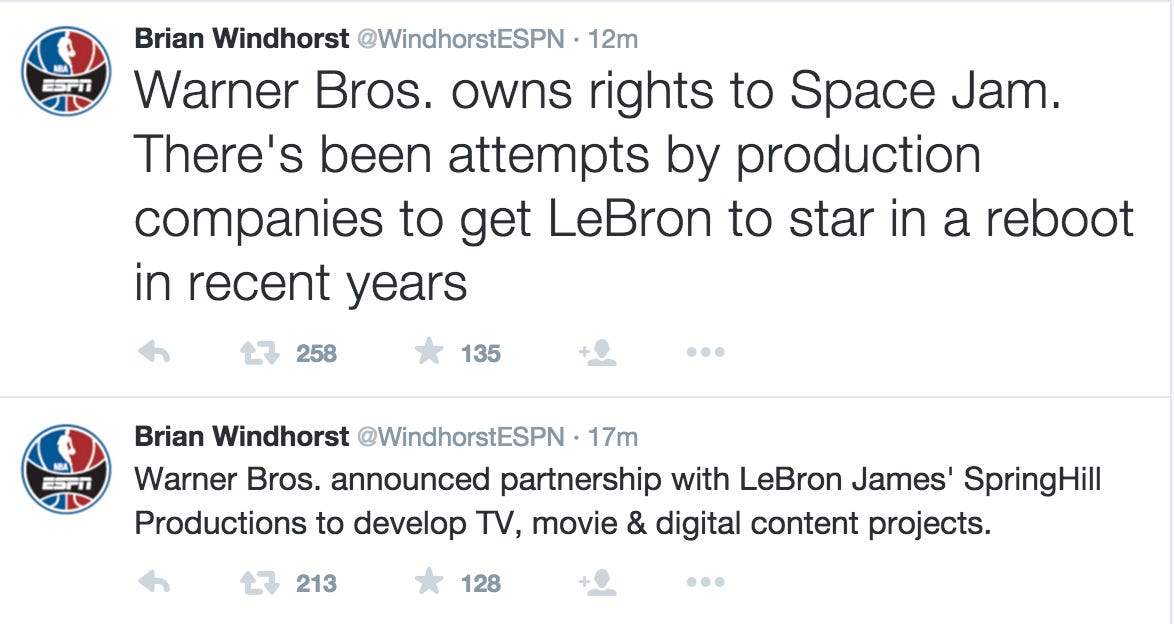 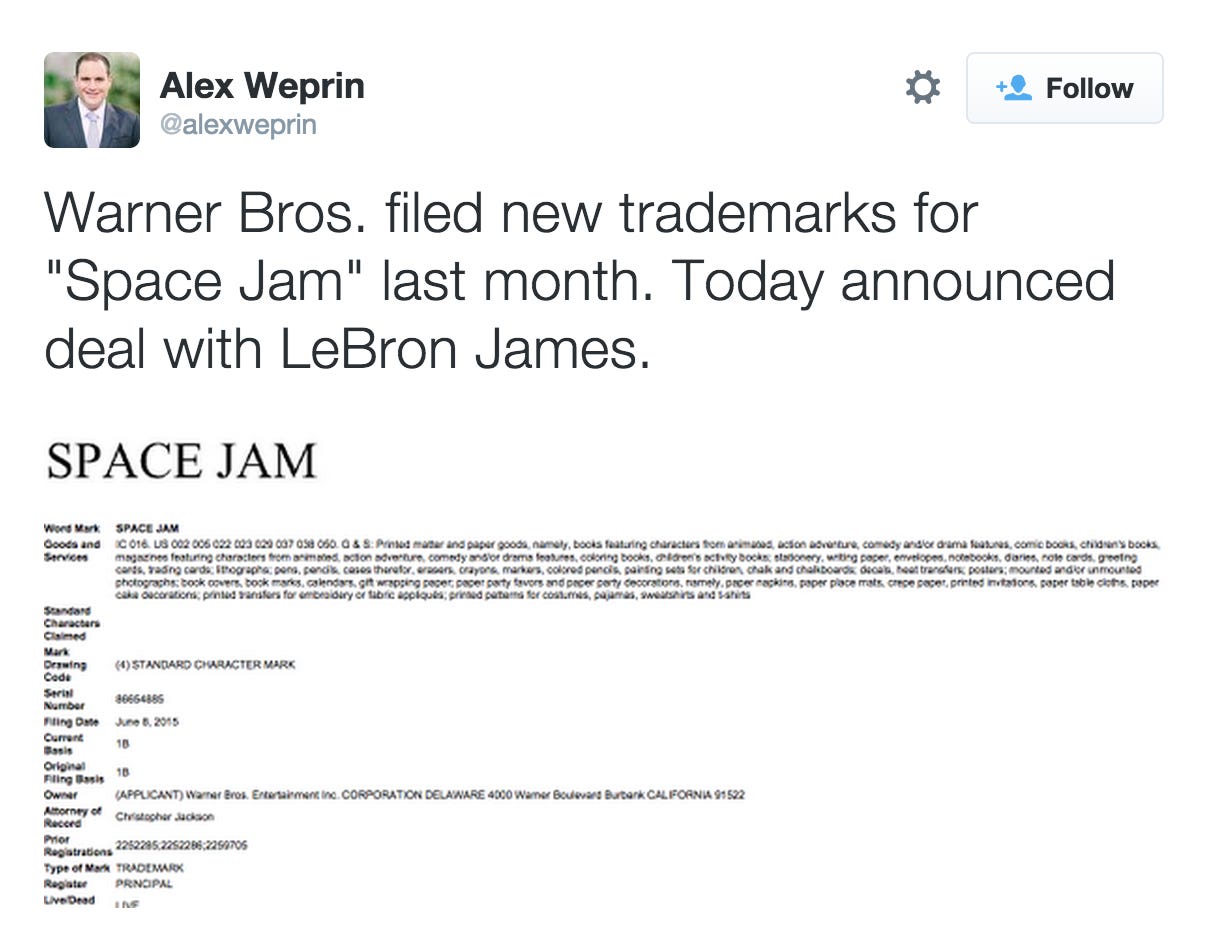 Man, FUCK this. There are very very few movies that should have a sequel. Very few movies that should be remade or rebooted. And Space Jam with MJ is at the top of that list. Some sort of Space Jam-esque movie with Lebron is gonna suck. Flat out. Particularly because instead of people just watching the movie its just gonna be constant comparing to MJ. As if we dont do enough “Whos Better? Lebron or Jordan?” debating as it is, now we’re going to be debating who’s fucking half-animation flick is better. The last thing this world needs is a Space Jam sequel and more LBJ vs MJ debate.

I doubt they get the same sort of supporting case and theres absolutely no way this movie’s soundtrack even comes CLOSE to the original so its gonna come up short in every way possible. Just leave the classics alone.

PS – Although cant knock the hustle. This movie will make a bazillion dollars.