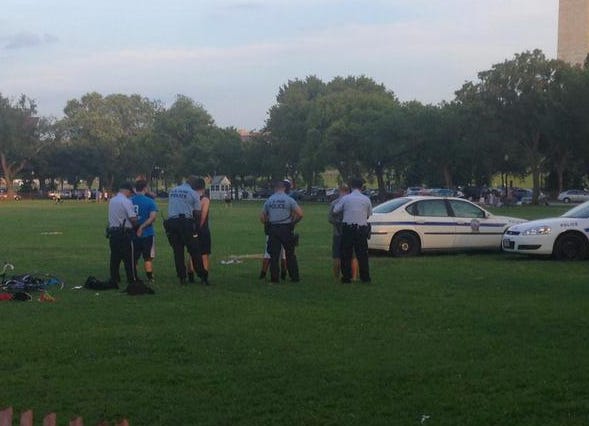 A reader also forwards an email:

“…as my team was leaving the Mall yesterday, there were 3 park police cop cars by a softball team (not our league) on the ellipse. 4 softball players were handcuffed in the back of the car. We asked the team what happened, and they said the cops came over and said they had warned teams about beer last week and were arresting people for open containers this week. Not tickets, not citations, HANDCUFFED IN COP CARS.

This is nuts. Straight up arresting 4 softball players for having a few pops on the Mall, you know, like 10s of thousands of people do every week. Drinking a few beers while playing softball on the Mall is as normal as the sun rising in the East and setting in the West. I literally do not know a single person who lives in the DC area and hasn’t played a sport on the Mall. And you have a few beers while doing it. Because we’re all adults. It’s just an unwritten rule and agreement you have when you live in DC, you pick up after yourself and don’t leave the Mall a mess, and the police don’t give a fuck you’re drinking out of a red cup. But now apparently if you’re in the Elipse, be extra careful. Cops are gunning for easy arrests.

And it looks like the sand courts near Lincoln aren’t safe either: 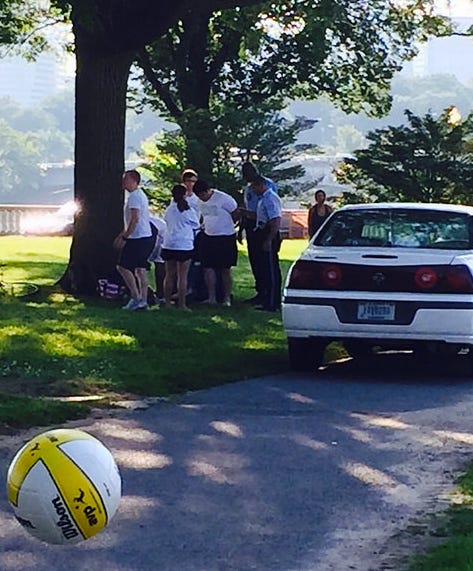 Around 6:45pm Tuesday July 21st at the sand volleyball courts behind the Lincoln memorial. One Park police squad car took away the guy who took ownership of the cooler, the other squad car took the cooler.”