I would not want to be a fly on the wall of any fishing company when this video came out.  Talk about a debacle.  This magnificent son-of-a-bitch just saved hundreds of thousands on a boat, motor, trailer, truck, rods, tackle, and at least 14 fights with his wife/girlfriend.  Look at the pure relaxation you can see emanating from this dude's body language.  He may have achieved a level past what we even knew was possible with natural methods. By removing the stress and financial burden of actually being out on the water (travel, weather, mosquitos) he may be so guilt free and untethered that he is on Pluto.

When it comes to fishing video games, there has always been the urge to re-create the feeling of coming tight to a trophy fish without having to actually make a cast.  For me it was always a half measure to try and get some part of the feeling when I was stuck at home growing up without a driver's license.  Something to hold me over and pretend I was slinging spinnerbaits around some sexy lake in rural Florida instead of sitting in my bedroom in Missouri.  One of the best ones back then was Sega Bass Fishing.  The first taste of REAL stress in a young man's life has to be the "Line Tension Meter" filling to the top and turning bright red.  Talk about a butthole clencher!

I spent a lot of time sitting there excited about a 9 lb Bass before the excitement wore off and I realized I was still in my underwear in my bedroom and couldn't actually put a mount or picture on the wall.  As far as online games go, my favorite of all time and a hidden gem is a little known game called Sawfish Lagoon.  I think I loved it because it simulated flats fishing for Bonefish/Tarpon/Sharks just like Islamorada where I had grown up learning how to fish. 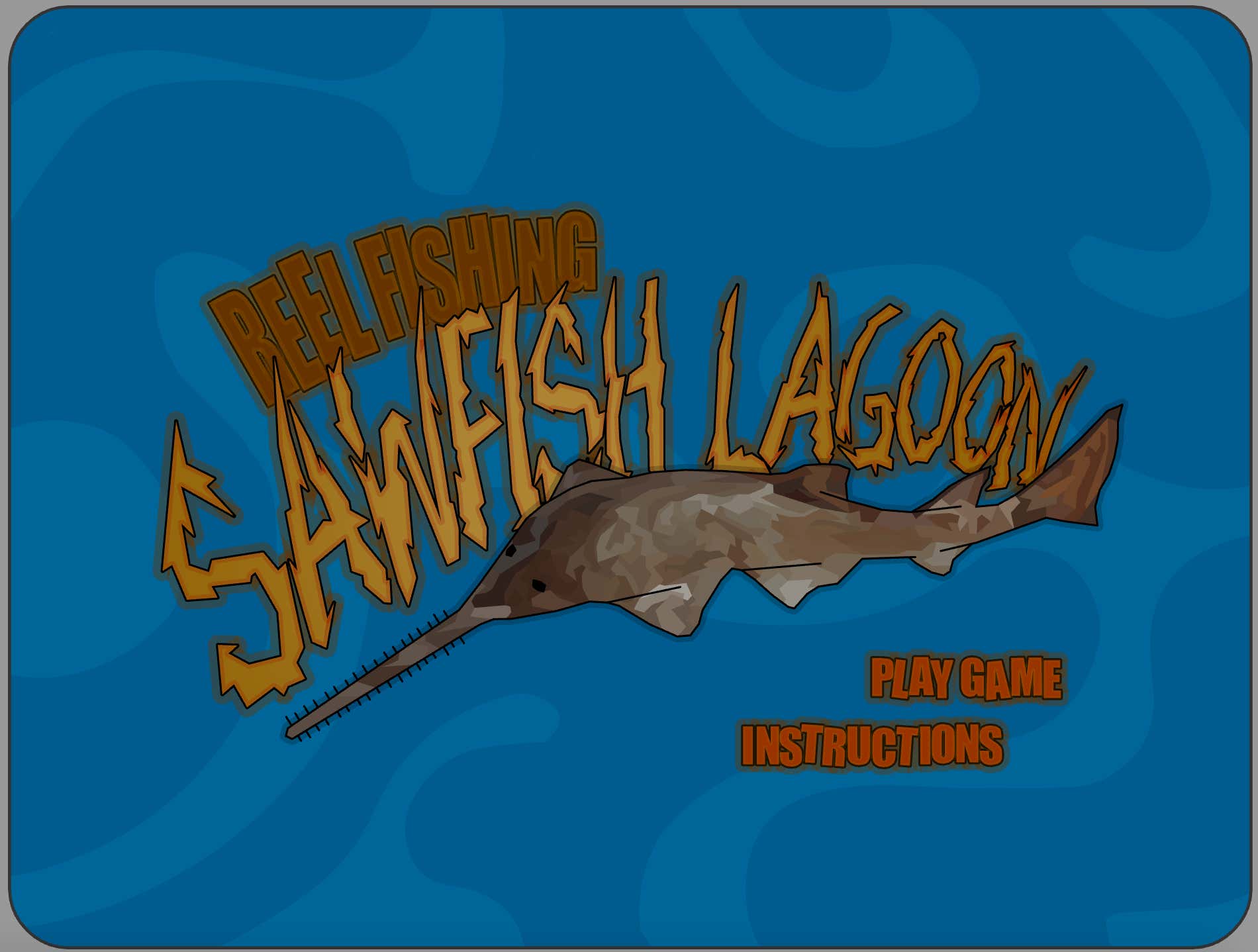 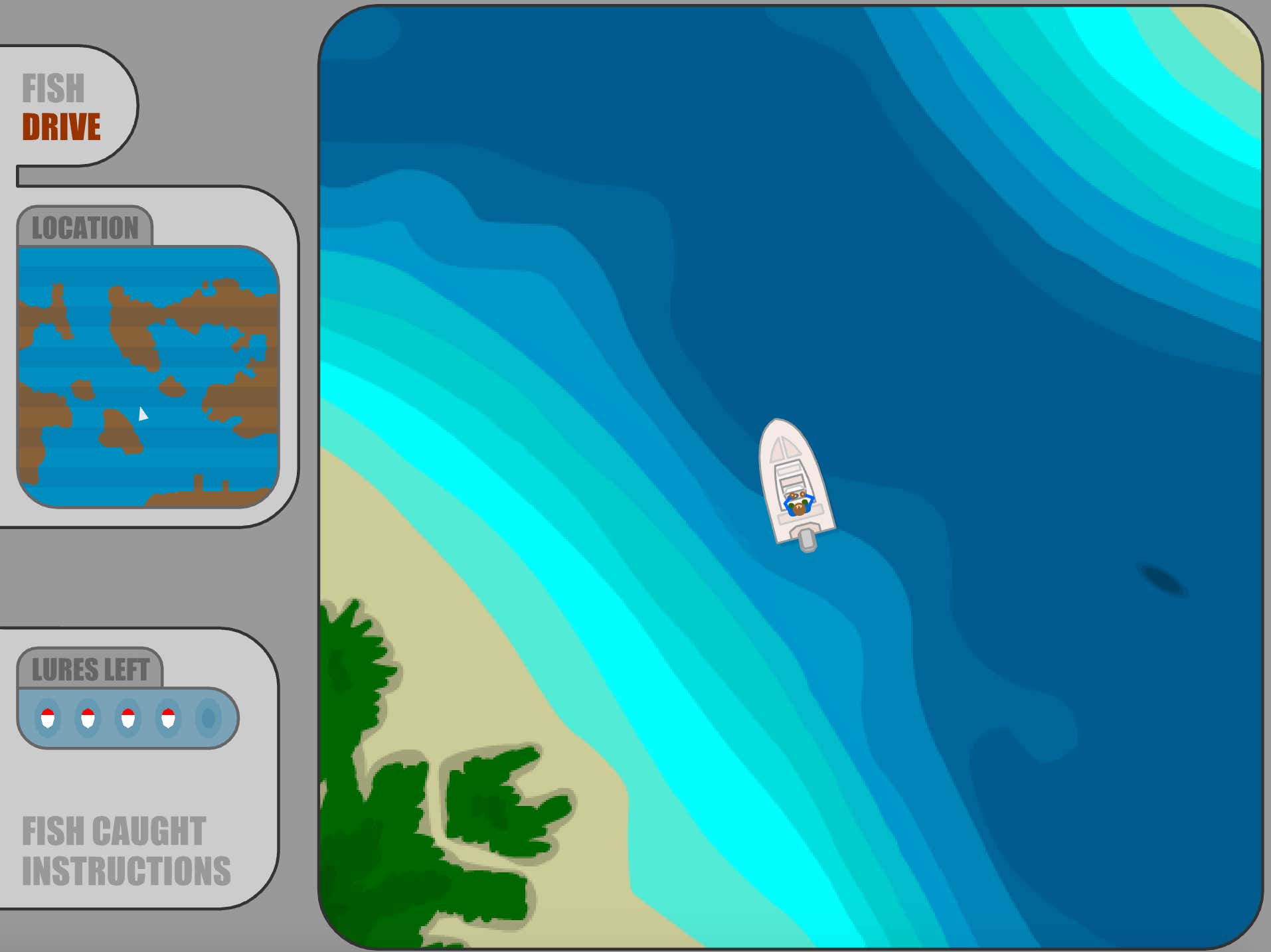 True story: I used to take screenshots in 6th grade of big sharks I caught on there and keep them in a folder on my family's old HP Laptop.  This was all in private and a solo operation so I never really gave it too much thought. One day my friend's mom dropped him off early to hang out and I was still "out on the boat" trying to find a big trophy for my electronic trophy case.  I hooked up to a huge Blacktip Shark and had to fight it for about 8 minutes straight while my friend sat there pretty confused and weirded out.  I ended up landing it and getting so excited I gave my buddy a gigantic hug like we had just scored in overtime or something.  Newsflash: we had not scored in overtime but rather just caught a fish on an internet video game.  He was so put off it made the rest of the hangout weird and then I don't really remember him ever coming back over.  Like… ever.  Turns out not everybody understood the passion that flows in a virtual fishing simulator, and that's ok.  It felt a lot like Jonah Hill getting busted for creating veiny triumphant bastards, just something that was better off private.

So just be careful.  Whether its the guy above locked in twitching a Texas-rigged worm on his brand new (Virtual Reality) Ranger or you're in 6th grade getting bent on some big sharks in Sawfish Lagoon, gotta try to keep things in perspective.