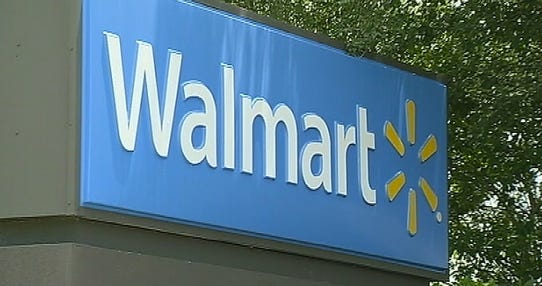 AP – Police say a shooting victim was apparently taken by a friend to a South Florida Wal-Mart instead of a hospital and left outside the store. Miramar police spokeswoman Tania Rues says in an email that the victim was suffering from a gunshot wound when he was left outside the store Monday afternoon. He was later taken to a hospital for treatment and was listed in stable condition. Rues’ statement didn’t say who found the victim or who took him to the hospital. Rues says that police are still trying to determine where the shooting happened but that it wasn’t the store or in the parking lot. She says the victim hasn’t been cooperative with investigators.

Brilliant move. Brilliant. You want to save your boy and not have him bleed to death from the gunshot wound, but you can’t have the police finding out where he was shot, so what do you do? You dump him on the curb like a prom night baby and get on with life. Taking someone to the hospital requires all sorts of responsibility and people start asking questions and trying to make you do paperwork. And nobody wants to sit in the ER. Disgusting. Bunch of inbreds stumbling around, the air is poison, and the food is gross. Absolutely no time for that. You drop him off at Walmart and boom, it’s someone else’s problem. It makes too much sense. And as a bonus, the people already at Walmart won’t give a fuck that someone is dripping blood on them, it’s just par for the course. If I’m in Florida I’d be pretty pissed if I made a Walmart run and there wasn’t a recently-shot guy rolling around on the pavement outside.