Down 2 in the Ninth

Tied in the top of the 13th

If you’re a Cubs fan you’ve known about Kyle Schwarber since the day he was drafted out of Indiana. If you’re not, well now you know. Much like the “Sandberg Game”

this was Kyle Schwarber’s coming out party. I won’t go as far as to say last night’s game was a must win but with Hendricks and Dallas Beeler on the mound today, losing 2 games to the Reds heading into a Doubleheader would have been less than ideal. And that’s where Kyle Schwarber comes in. 4 hits, 2 home runs, game tying and game winning, and we have ourselves the next great Cub prospect up at the show. He was with the big league team last month DH’ing but now he’s here catching and I don’t see how the Cubs front office can possibly send him back down. Yes his defense needs improvement (he has played less than a full year of pro ball at Catcher so he deserves leniency) but a bat like his can not be ignored. And the scariest part? The Cubs now have an entire infield of guys 25 and under. I know Starlin has sucked recently (this is putting it nicely) and Addison Russell has had his own struggles at the plate, but everyone is here, the patience we all had the past few years, suffering through some truly awful Cubs teams has finally come to fruition.

And a 2/3/4 of Schwarber/Bryant/Rizzo for the next decade make me light in the head. Yes I’m realistic, I’m not running around screaming World Series, we’re still the Cubs, but if games like this don’t get your juices flowing then you’re either dead or a Cardinals fan. 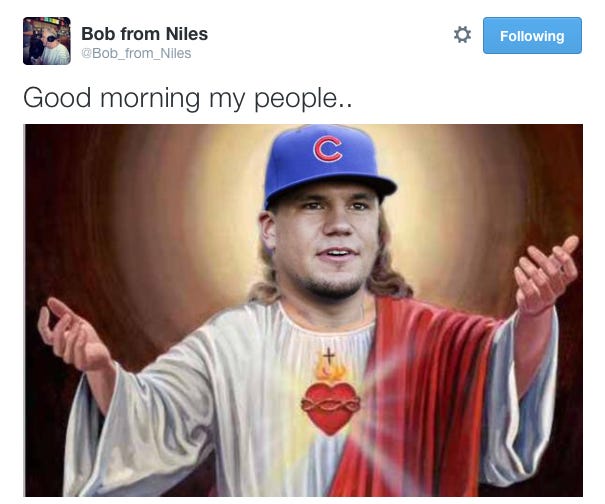 By far my favorite part about Schwarber is that he looks like a guy that crushes a 12 pack of Coors Light while going 5-5 in a 16 inch softball game. You know the guy, if he’s on your team you love him, and if you see him across the field before the first pitch you say to yourself “oh fuck”. Can’t teach that look, gotta be born with it. 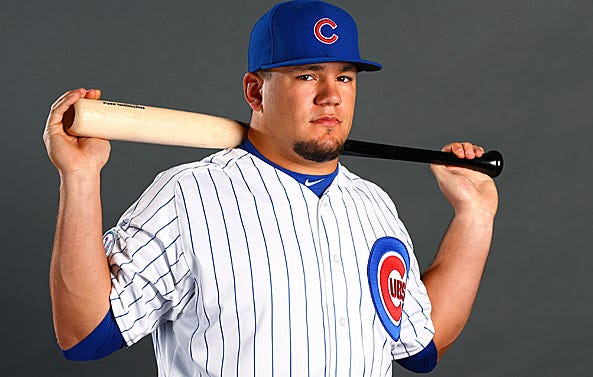