Last night was a pretty good night for me, put up 2 of my highest scores to date. 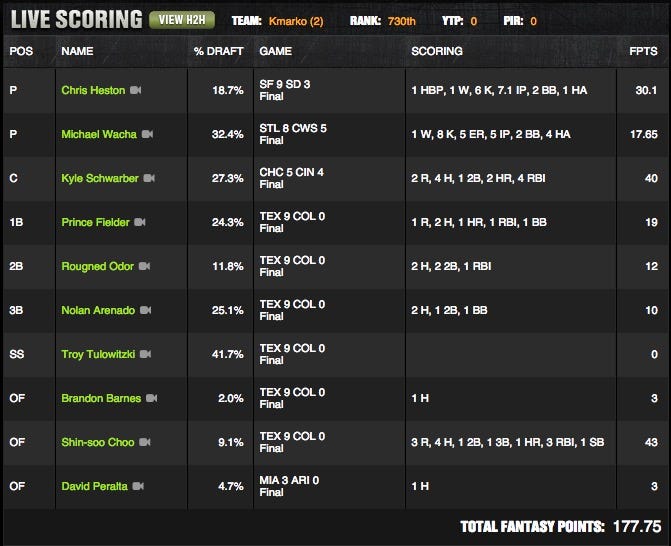 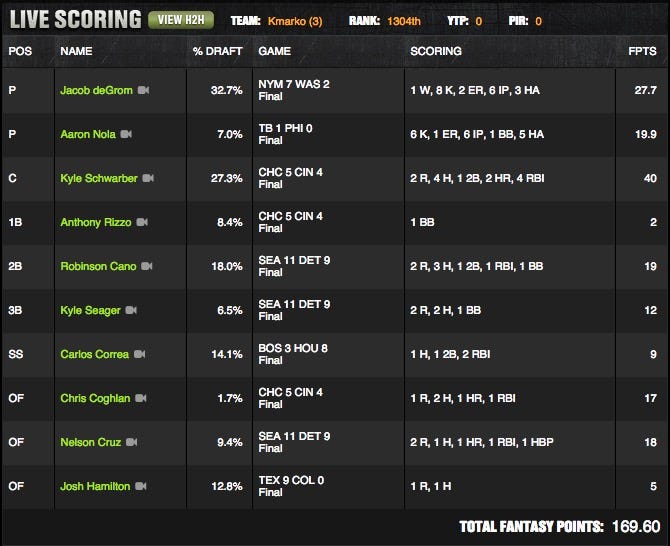 The blog picks weren’t great – a bomb from Prince cashed in on the big money bat, but Brantley didn’t do much and Tulo and Rosario were big old 0 point duds. And while I always feel bad about giving out dud picks…I’m not going to beat myself up over it, because what we saw last night was incredible. I would go so far as to say that the Rockies getting shut out…shut out, 0 runs…at Coors…by Matt Harrison, getting his first win since spinal fusion surgery…was the most improbable result we’ve seen all year in daily fantasy. Shocking result. So once again, sorry if you took my advice on Tulo, but come on now – that was a no brainer play. (I won’t apologize for Rosario, he was f’ing 3K. That’s basically free).

Also, funny story, I changed my Shin Soo Choo pick in the blog to Brantley at the last second so we had a little variety and I wasn’t just picking chalk at Coors Field. Switched a 5 point guy in for a 43 point guy who hit for the damn cycle. Oops.

Anyway, on to tonight…

-Sonny Gray may be the highest priced, but Jose Fernandez is probably your top option tonight if you feel like paying up for pitcher. Gray has been filthy but I’m not sure I’m paying 10.7K for a guy facing the Blue Jays.

-Anibal Sanchez is a guy you never feel comfortable with, but if he’s on, he can win you a tourney with his K upside.

-I don’t love McHugh but he’s a big favorite and the Sox have been ice cold. 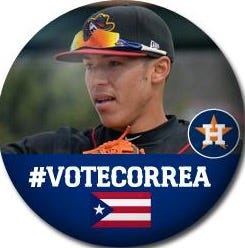 Pitching is so bad on the lower tiers that I’m gonna try and help you save some money on bats tonight, meaning our top $$ hitting play is Correa at a cheap $4.7K. The Astros are projected to be the 2nd highest scoring offense tonight with a juicy matchup against Joe Kelly, who just got called up and is primed to get mashed. Had Red Sox fans tweeting me all day about how excited they are to stack the ‘Stros, so you know that’s a bad sign. Correa has been hot and I don’t see any reason for that to slow down tonight. 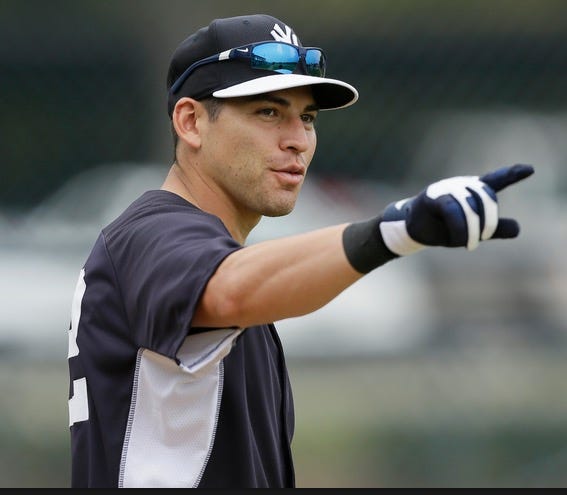 Hasn’t really exploded since he came off the DL, but if there was ever a night to do it, tonight against Gausman would be it. The Yankees are a top 3 offense to target tonight, and at 4.2K with his home run/stolen base upside, (plus the fact he’s “due” if you believe in that), Ellsbury is a smart play. 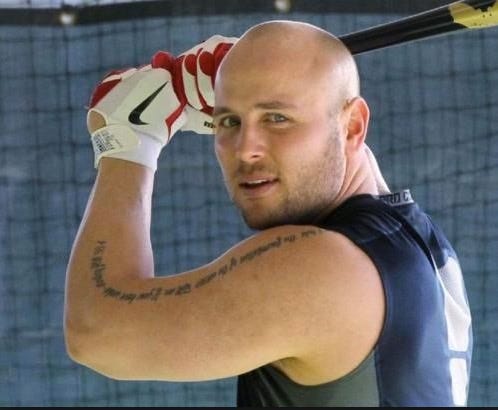 These two value plays are two guys I HATE putting on my DFS teams. They just never seem to pull through for me, ever. Holliday is Exhibit A – don’t think he’s ever put up good numbers for me, then on a night like last night, he hits a grand slam. Whatever, I’m playing the numbers and the experts on this one, and a matchup with John Danks at only 3.9K is a good spot to try and change my luck. 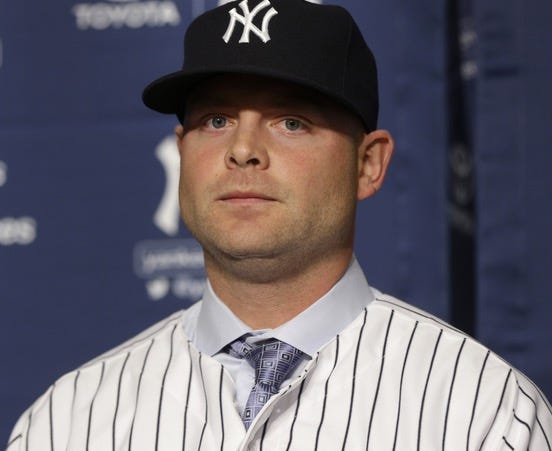 Like I said, I want to have exposure to the Yankees offense tonight, and with the wind blowing out, McCann checking in in value play territory makes a lot of sense. Yeah he’s frustrating as hell to roster, but if you can catch him on the right night, it will pay off big time. Hoping tonight is one of those.

That’s it for tonight, not a great slate and not supremely confident in my lineups, so that could either be a really good or really bad sign. Hit me up @kmarkobarstool with your thoughts