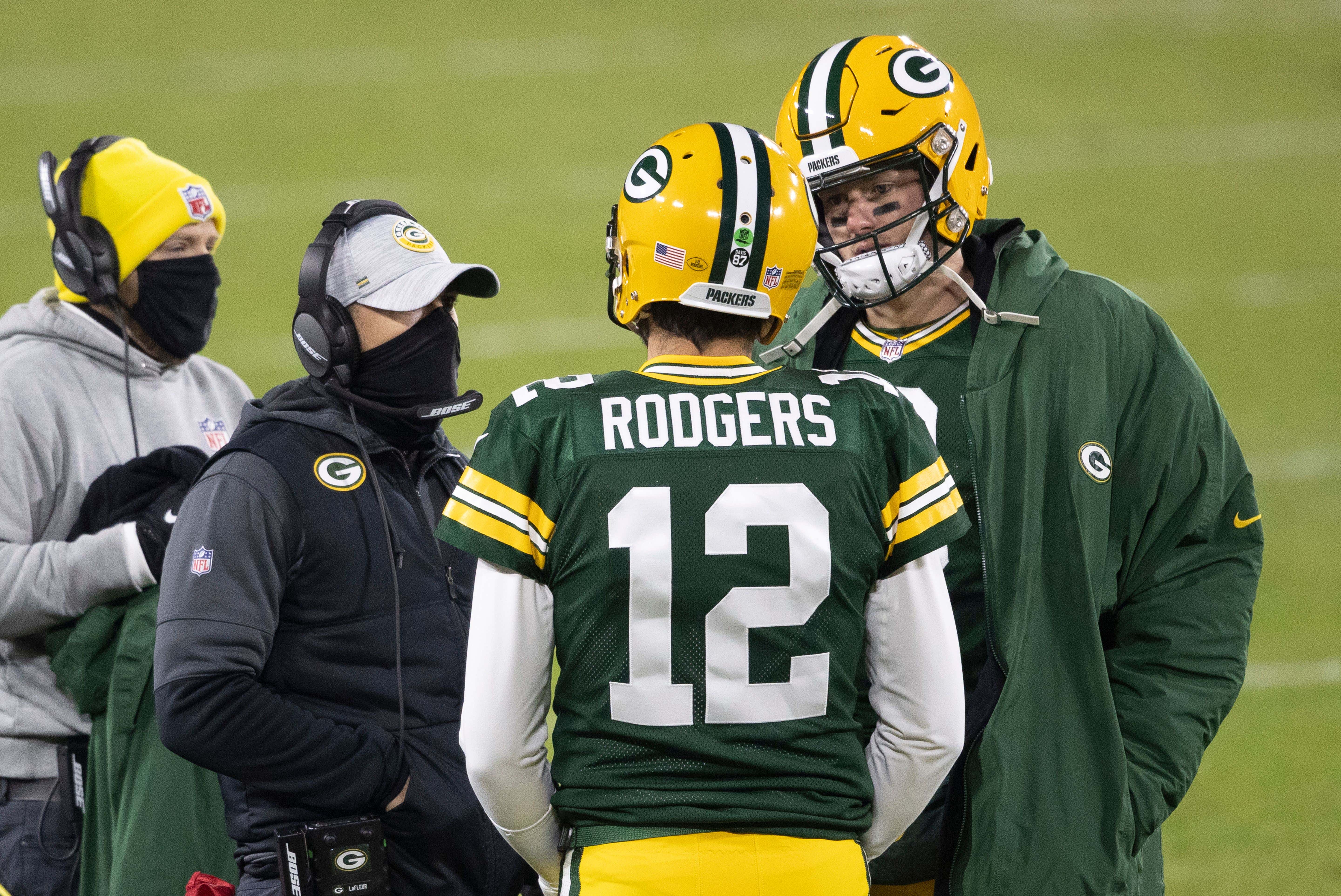 Unfuckingbelievable. Speechless. The Packers had the ball down 8 on 4th and goal and decided to kick a cowardly, worthless field goal with two minutes left in the NFC Championship Game. They basically said they trusted their shotty defense to stop Tom Brady from getting a few first downs with the Super Bowl within his reach than their own MVP quarterback Aaron Rodgers from completing a pass from the 8 yard line to his plethora of options. You can never ever explain to me that it was the right move. I already used the word but it's as cowardly a move as you can possibly get in that spot. You go down with your guy. Aaron has done literally everything possible to get you to this point and you just dismiss him. It's fucking EIGHT YARDS NOT THIRTY.  Even if you don't get it there, Brady has the ball on his own 8 backed up, with the Packers having 3 timeouts and the 2 minute warning at their disposal. Instead they just cut the lead to 5 and gave the ball back to the greatest quarterback to ever live. Yeah what could go wrong?  Matt LaFleur man, what the fuck? Where is the logic here? It's indefensible is what it is. If you dare say the analytics back it up and say this was the right call then I hope nothing but the worst for you in your future.

And yes, the defense put them behind the ball in the 1st half. Pettine called a horrific 1st half, with the worst coverage to end the half on the Scotty Miller TD. Kevin King was absolutely useless no matter who he chose to cover. Rodgers absolutely had room to run on 3rd and goal of that late drive to potentially score a touchdown. Sure the refs were trash all game but when are they not. But kicking on 4th and goal and taking the ball out of Aaron Rodgers' hands in the NFC Championship Game with the Super Bowl within reach is downright embarrassing and pathetic.  I love LaFleur. He's 26-6 his first two seasons and has reached this point both times in the postseason, but god damn man he deserves to get DESTROYED for this and rightfully so. I have no words words left. Another year where Rodgers is denied a Super Bowl. Mother. Fucker.