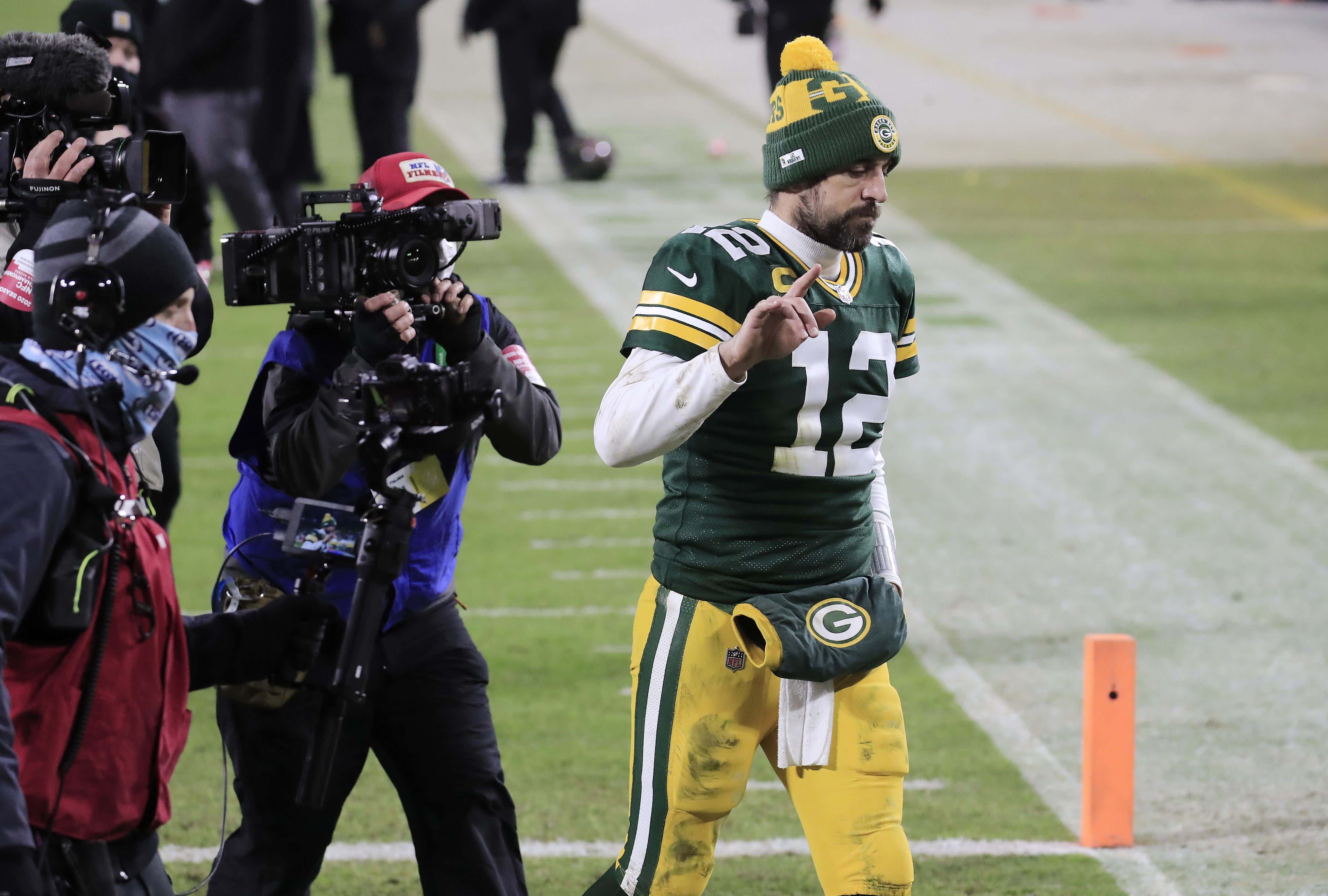 I don't understand what just happened.

Why, dear Lord WHY, did the Packers settle for a field goal with 2 mins left in the game on 4th & goal when they were down by 8. WHY?!! What the fuck is 3 points going to do? You’ll still be down by 5, your defense is still going to have to make a stop, and then you still have to drive down the field and score a touchdown! WHY WOULD YOU TAKE 3? If you don’t score the td, you give them the ball on their own 8, and you’re right back where you are now: in desperate need of a touchdown.

But guess what they weren’t completely and totally desperate for with 2 mins left? The 2-point conversion! If they scored the 6 and didn’t make the 2-point conversion they would only be down by 3! Then a field goal would win the game! And if they scored the 6 and got the 2, the game is tied 31-31 and likely heads to OT! How could they not go for it? Matt LaFleur always goes for it! Always! Why not this one time? WHY!

And why didn't Rodgers run it in?!! He does it all the time! Why not now? He had a wide-open lane to make it happen, twice,  and still didn't take it in. I couldn't believe what I was watching. 99 out of 100 times he takes off, why not today? It's the NFC Championship game, at Lambeau! Come on!

By some miracle of God Brady was picked off 3 times by the defense… did they think there would be a 4th? How many chances did the defense have to give them to get in this game? On two back-to-back picks, it was 2 back-to-back 3 and outs for the Pack, now you're at the Bucs 8 and you kick the field goal? When Aaron Rodgers is your quarterback?!?! Have we learned nothing from others' mistakes?

If you have Beast Mode, you run it in.

If you have Aaron Rodgers, you go for 6.

Period. Especially against Tom Brady! He already uncharacteristically made major mistakes and they were wasted by the offense; he's not going to make another mistake after you settle for 3 - that's not how it works. You have to use the Brady voodoo magic against him! He came back against Atlanta, after being down 28-9 heading into the fourth, and tied the game with a td and a 2-point conversion to send it to OT. The Packers were two seconds against from tying the game 31-31, after being down by as much as 18, and making football poetry… and they kicked a field goal???

No. That's not the way it was supposed to end. Not this year. This year was special. I love this team and I don't know how many more opportunities we're going to have with Rodgers. We've been lucky to have the many we've already had, and we were lucky to even have those after 16 years with Brett Favre.

And this year? Well it just so happens to be Aaron's 16th.

And he just lost an NFC Championship game at Lambeau, just as Favre did in his last game in green and gold.

May history not repeat itself.