That’s fucking hilarious. Like how Anthony Rendon is going to AAA Syracuse to rehab, Hot Dog Champion of the World Matt Stonie eats 12 pints of Ben and Jerry’s to get back into game shape. Just gotta get back on that horse. 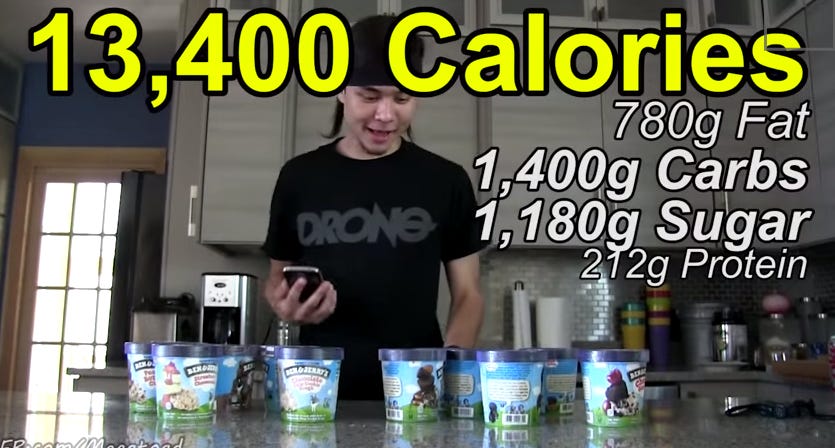 I just don’t know how his face didn’t freeze off simultaneously with his heart exploding from all the sugar. But at least he’ll be swole as fuck from all that protein. Beach body on point.

And a little under 36 minutes later, all done. And he may have shit his pants.