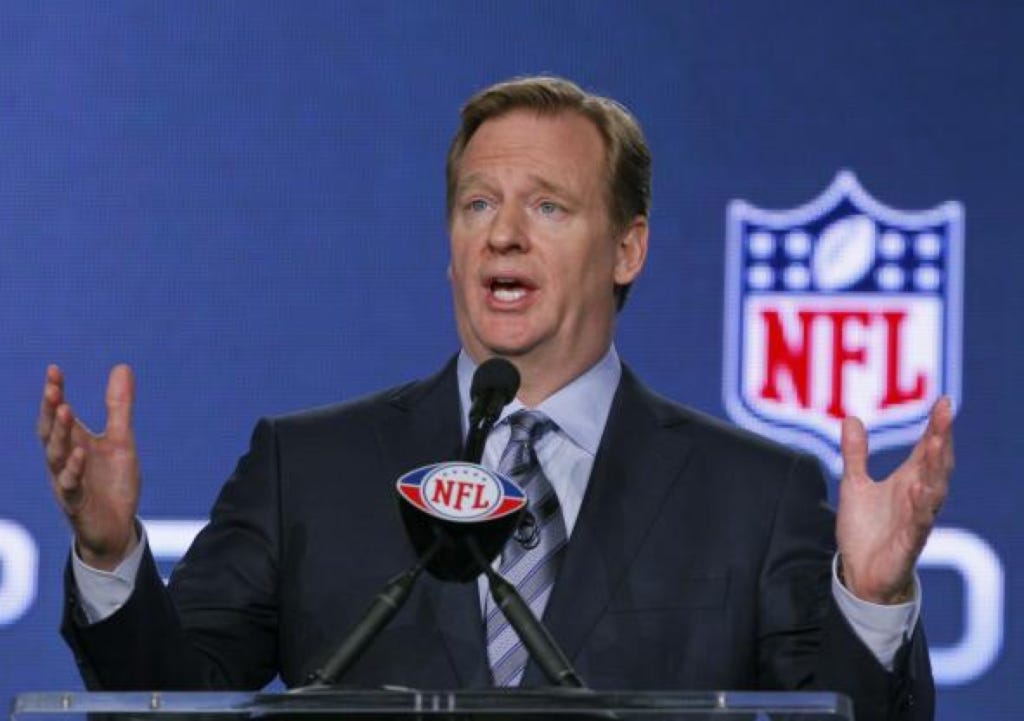 (Source) – NFL Commissioner Roger Goodell won’t commit to a date by which he will decide on the appeal of Tom Brady’s four-game Deflategate suspension. Goodell said today that the decision on Brady’s appeal will take as long as it takes. “There is no timeline. We want to make sure we have a fair and open process,” Goodell told the Pittsburgh Tribune-Review. At some point, Goodell needs to make up his mind. The AFC Championship Game in which Brady is accused of playing with deflated footballs was six months ago. Brady’s appeal hearing was four weeks ago. The league’s own rules say an appeal decision is supposed to come “as soon as practicable.” What is the holdup? “We are focused on it,” Goodell said. “We are obviously being very thorough and want to make sure we consider all aspects of his appeal. We will make a decision as quickly as possible.”

Take your time, Roger. Don’t worry, this is a pretty insignificant decision and almost nothing at all hangs in the balance. This isn’t even a hung jury situation, there’s no deliberation. It’s literally up to only you. You’re the sole decider because that’s the power you wanted. You don’t have to get a majority vote, it’s just something your idiot head has to agree with itself on. So the fact that this has taken a month is absolutely mind boggling. I don’t know how long a 12 person jury usually takes to deliberate but I’m pretty sure it’s about an hour. Well you’ve seen all your bullshit evidence, you’ve heard all the factual rebuttals, there’s nothing new coming. The prosecution and defense have both rested. So just sit down and think about it for half an hour. Turn off the TV for one episode and just fucking decide. It’s so simple. Unless, of course, you’re intentionally dragging your feet to fuck Tom with his decision to appeal. But we all know you have far too much integrity for that.

Oh, and hey, maybe come up with some rules regarding game ball pressure for next season? I know you’ve been really busy doing nothing and I know you’ve only had 7 months, but you made it seem like PSI is the most important thing in football history. So you should probably get around to updating the refs on what their new procedures are going to be, maybe before training camp starts. Unless this whole thing has been a show and no one actually gives a fuck. But again, we know Mr. Integrity wouldn’t do something like that.