If you're in Michigan and not taking advantage of this what are you doing? Helping out people in Michigan and getting able to bet on the best sportsbook in the country? Absolute no brainer. Hell, if you listened yesterday you would have cashed Michigan -4.5 and gotten that fire Fab 5 sweatshirt. All I know is we have a loaded Saturday slate. I love these days. Give me the 120 college games or whatever there is. There's nothing better before some football tomorrow and the fight tonight. Let's get right into it because we got a pretty big card today. 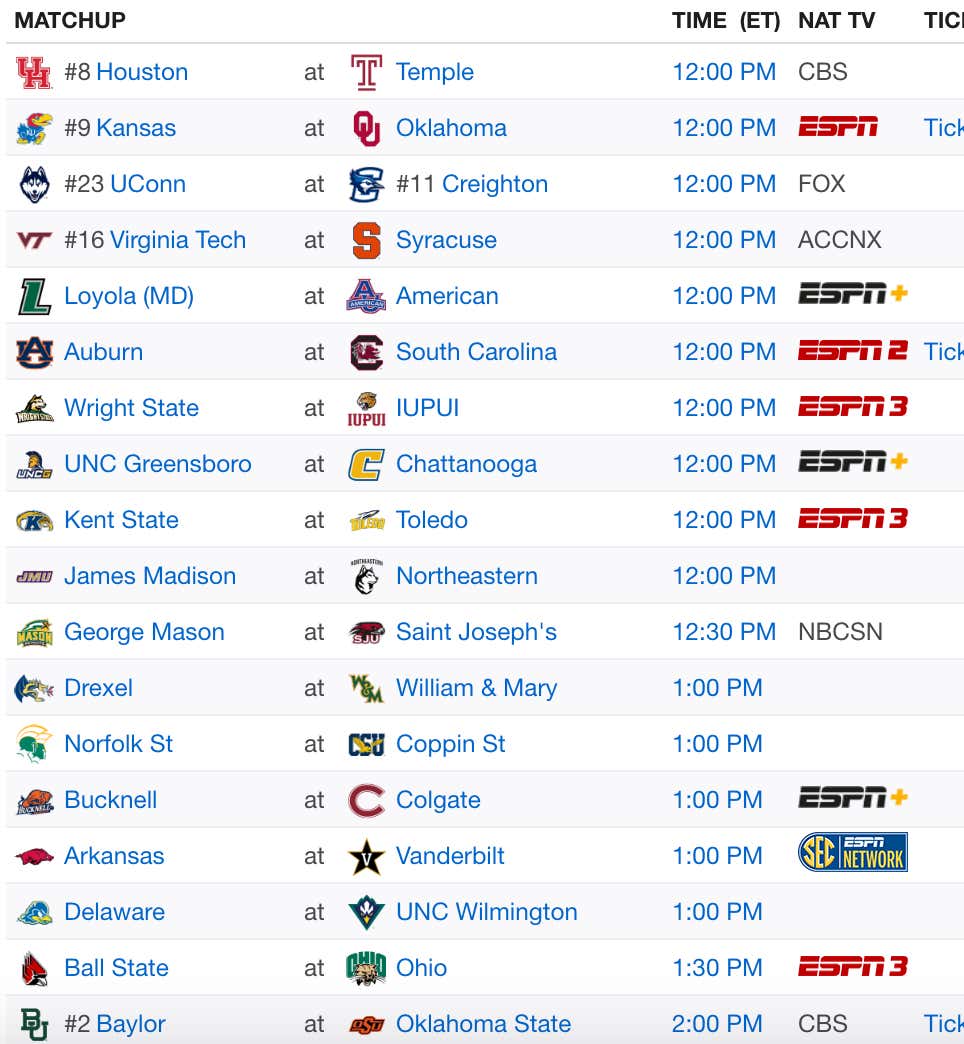 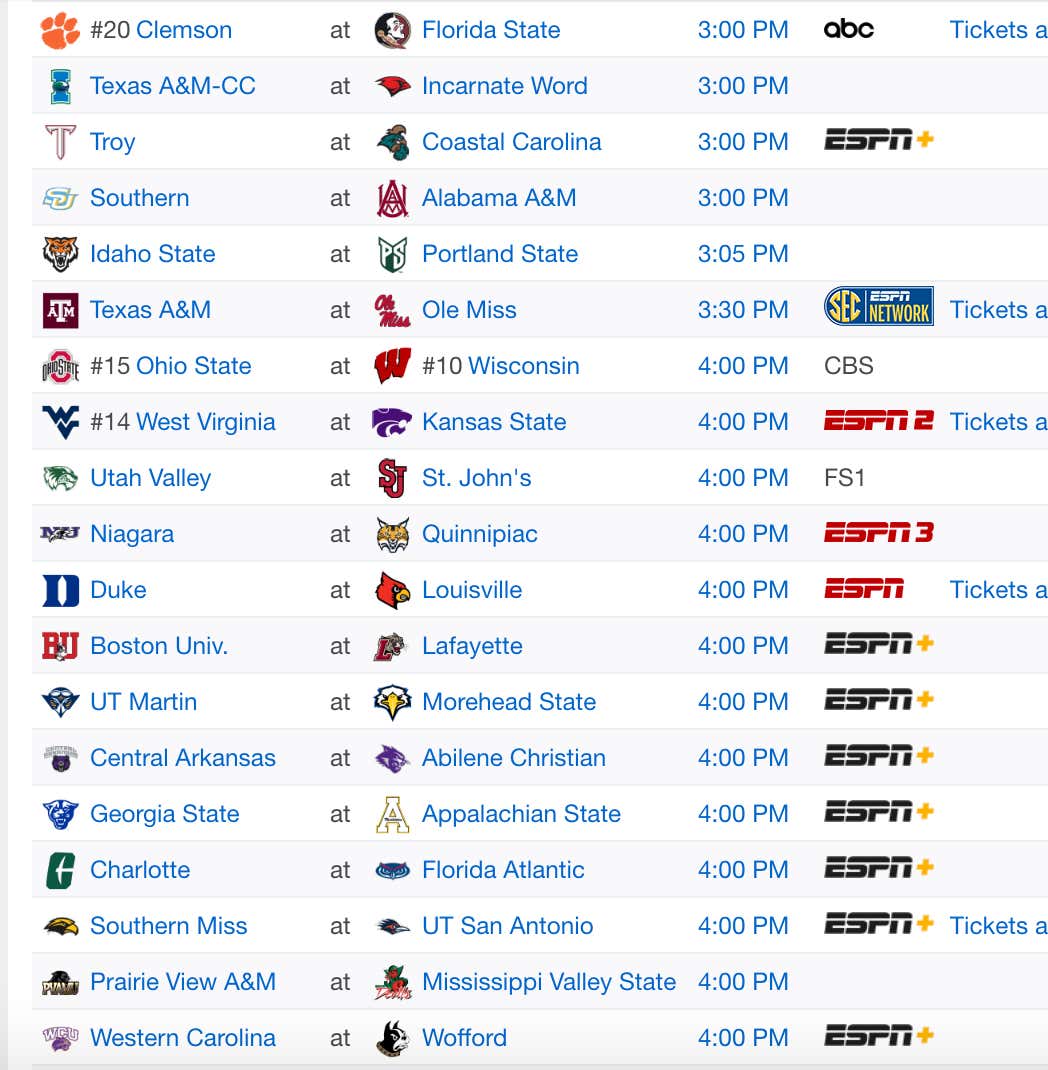 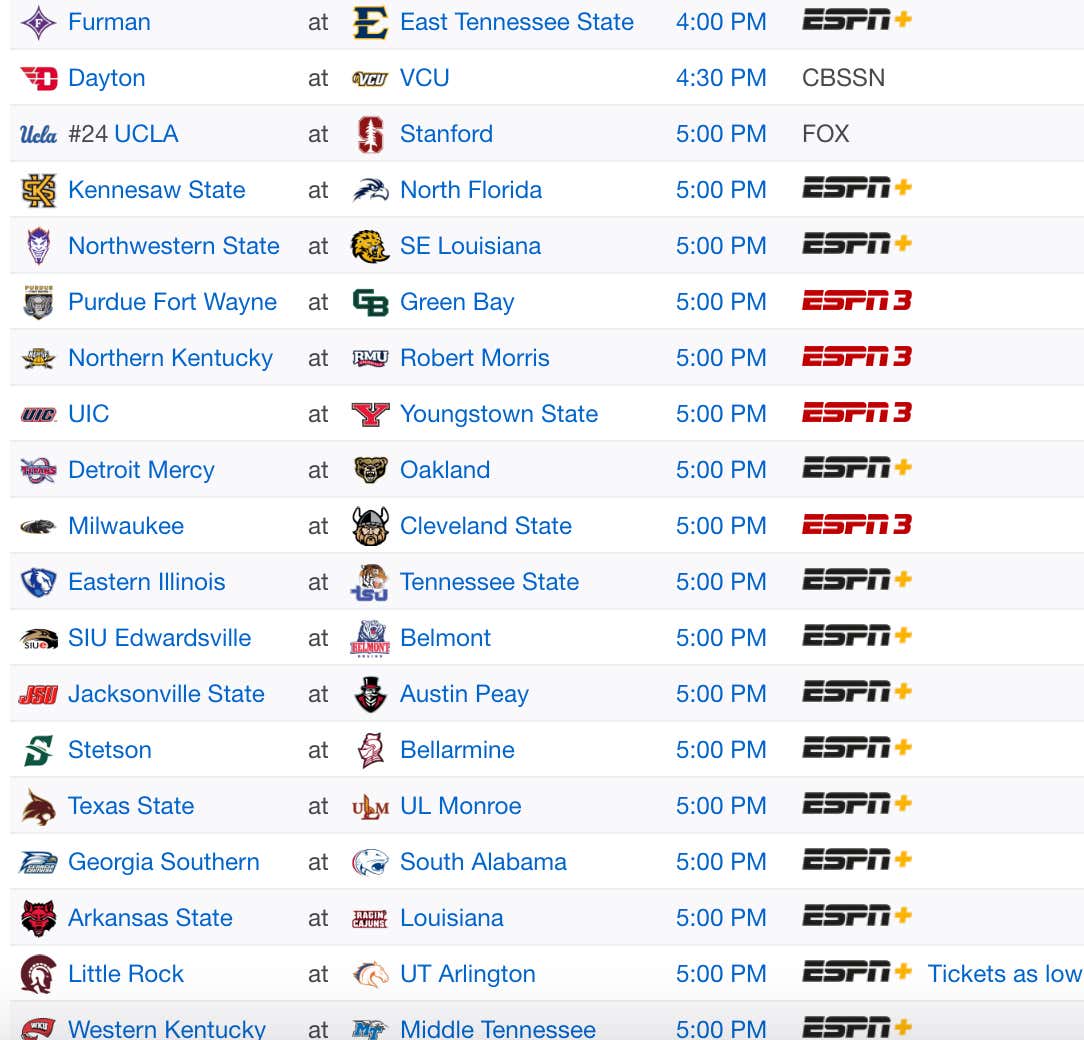 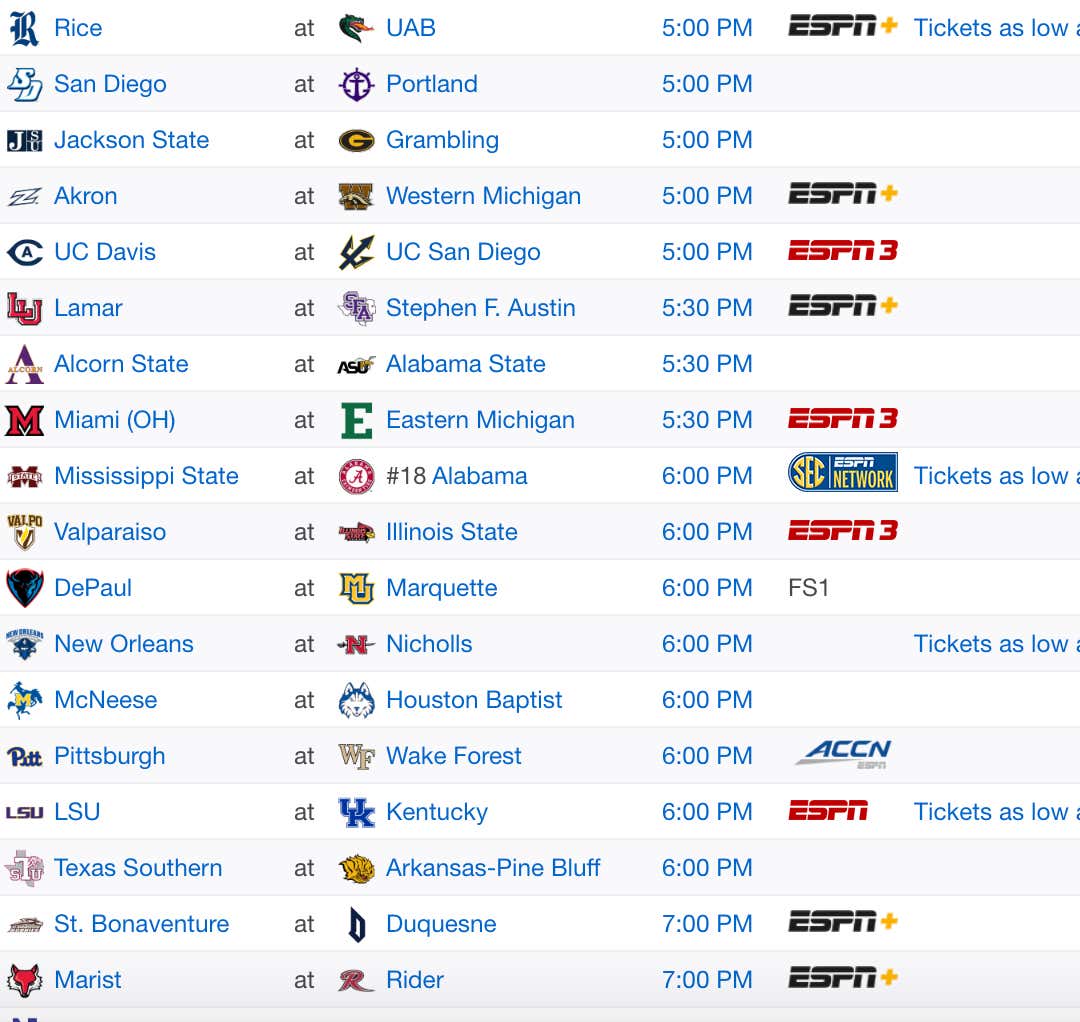 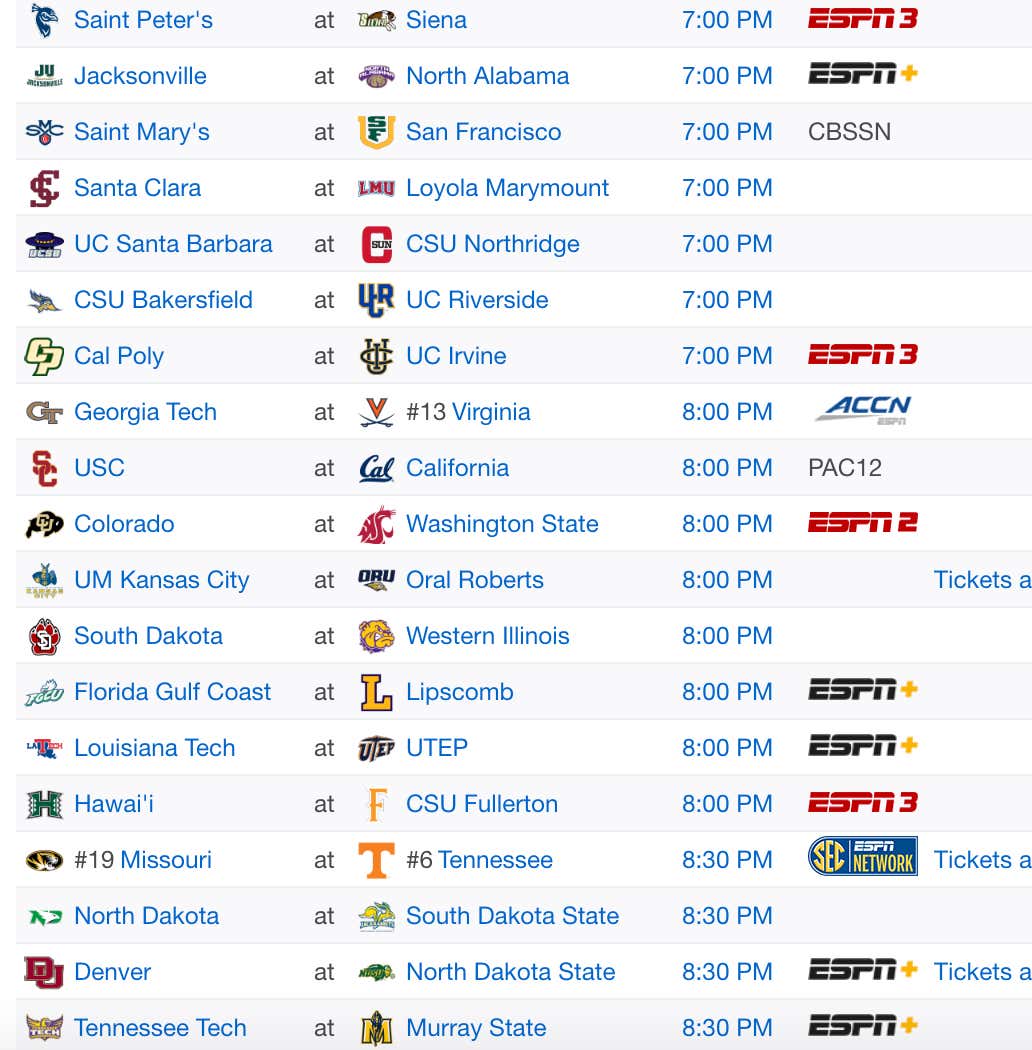 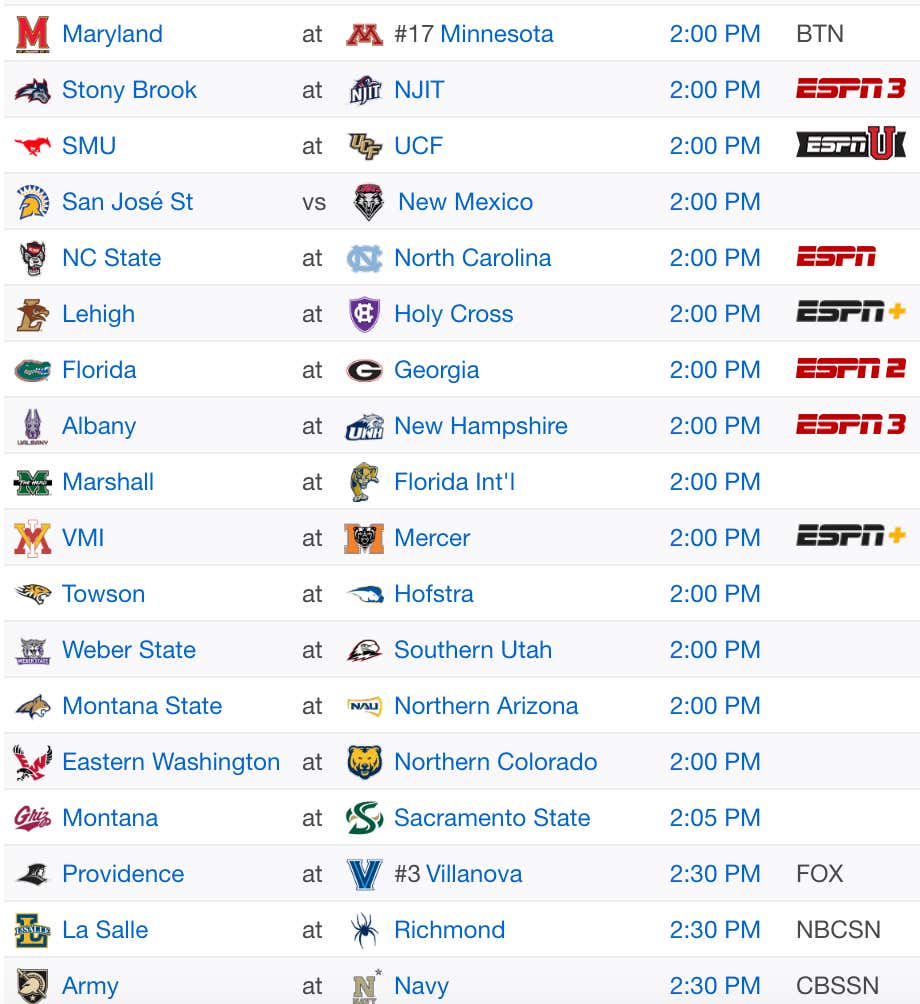 Game is at noon at South Carolina

Reasoning: Yes, South Carolina's transition defense is actually excellent. But Auburn is a completely different team with Sharife Cooper. I'm also playing a bounce back here for Auburn. They blew a lead at Arkansas, had the no call at the end of the game and lost by 2. It was a weird game where Arkansas doubled Cooper and faceguarded him. We won't see Frank Martin do that. At some point you have to question South Carolina's legs too. They've been shut down multiple times this year and they are playing a fast tempo. I just love Sharife Cooper's game too much here.

Game is at 2pm at Oklahoma State

Reasoning: The one spot you can actually take advantage of Baylor's defense is on the offensive glass. They are not a great defensive rebounding team from a percentage standpoint. Oklahoma State is an above average offensive rebounding team. Listen, I love Baylor. I think they are clear 1a and 1b with Gonzaga. Their defense is the most fun defense to watch if you're a basketball nerd. The way they rotate, the versatility of a Mark Vital and MaCio Teague. This Oklahoma State team is a bit undervalued though. They are now a top-30 KenPom team. They have wins over Kansas, Marquette, Texas Tech and Wichita State. This feels like a big time Cade game.

Game is at 2pm at Georgia

Reasoning: This Florida team is starting to figure it out. After getting their ass kicked by Kentucky, they are playing the faster tempo. We saw them murder Tennessee on the glass. Now we have a classic letdown spot for both teams. Georgia at the buzzer over Kentucky, Florida beating Tennessee. That said, Florida has more experience and simply a better team to avoid that let down. Georgia's offense is turning it over on 22% of possessions, of those turnovers over 10% (262nd in the country) are steals. Florida's defense THRIVES on that. I wouldn't be surprised to see Florida turn up the pressure even more against a turnover prone team.

Game is at 2pm at UCF

Reasoning: Plain and simple. UCF is finally healthy. Look, 3-5 stinks but Isaiah Adams missed a game, Darius Perry has only played 4. Perry is supposed to be playing today and that's huge against Kendric Davis. UCF will try to slow this game down as SMU wants to run offensively. I just think they are undervalued since we haven't seen them at strength. I'll take the points.

Game is at 3pm at Florida State

Reasoning: Clemson actually isn't the best matchup for Florida State. The main reason why is Clemson has 5 guys who can handle the ball and FSU switches 1 through 5. BUT, Clemson might just stink again. They are coming off two blow out losses to Virginia and Georgia Tech. So it could be a buy low point. But I'm still buying FSU. They are made for a run and RaiQuan Gray is one of the more underrated players in the country. Clemson also struggles defending the three. They wall up defensively in the paint and FSU is a good three point shooting team. Give me the team rolling right now.

Game is at 4pm at Wisconsin

Reasoning: What makes Ohio State's offense so good is the advantage EJ Liddell has of stretching opposing bigs. Wisconsin has two bigs in Reuvers and Potter that can defend on the perimeter and are good interior defenders. That eliminates the biggest advantage for OSU's offense for me. Wisconsin's offense has cooled a bit shooting, but they still are the 20th best shooting team in the country. They'll prevent Ohio State from getting in transition and I think you see them really start to run the inverted swing offense through Trice more. He's turning into one of the better playmakers int he conference. Give me Wisconsin here.

Game is at 4pm at Wofford

Reasoning: Two completely different contrasts in style. WCU wants to fly around offensively, pushing tempo and looks for threes. Wofford slows it down, runs their sets off of a bunch of screens and shoots the ball. They are 1st in the country in 3PA/FGA while WCU is 58th. For me though it's the improvement of Mason Faulkner. There were rumblings he was a bit banged up earlier in the year and looks healthier the last couple of games. Wofford's interior defense is pretty weak, allowing 51.4% of makes inside the arc. That's where WCU can take advantage. If Wofford slows the games down and we get limited possessions, we should be inside that number.

Reasoning: The defenses that tend to give VCU some trouble are the ones that can wall up the interior. They thrive in the uptempo game and Dayton sits defensively and makes you burn clock. They run you off the 3pt line and then wall up. That can give VCU some problems. Dayton has been decent against pressure too offensively. They are a bit turnover prone, but the turnovers tend to be dead ball turnovers. That's the key. If they turn it over against VCU, don't let it be steals. They are actually the best in the country at non-steal turnover rate.

Game is at 5pm at Santa Cruz

Reasoning: Stanford is expected to be without 3 of its top 5 players. No Williams, Davis and Willis. UCLA is rolling right now too. They had their scare against a bad Cal team without Matt Bradley and I think you see a wake up game here for UCLA. Stanford is a below average defensive rebounding team despite having da Silva and UCLA crashes the glass. Stanford is also incredibly turnover prone. Cronin has been screaming about improving UCLA's defense since its ranked just 80th in the country right now. That's weird to see for Cronin. With the lack of scoring and playmaking, expect UCLA to really get after Stanford. Again, if UCLA is really this sleeper Final Four type team, this is a game they should win with ease.

Game is at 7pm at Duquesne

Reasoning: Duquesne lost arguably its best player in Sincere Carry to transfer last week. Now you are playing arguably the best team in the A-10 with a short roster? This is where I like the Bonnies. Duquesne turns it over and they are live ball turnovers a ton. St. Bonaventure thrives on forcing steals. Offensively, how do you slow down St. Bonaventure? If they miss a shot they are the 32nd best team on offensive rebounding. Duquesne is a sub-200 team on defensive rebounding percentage. Duquesne is coming off a 2 point win over URI and it feels like a let down spot too. Bonnies held Duqeusne to 48 points just over a week ago. I don't think we see the zig zag here with Duquesne covering. St. Bonaventure is just better.

Game is at 7pm at Penn State

Reasoning: Purely a spot play for me. Penn State was shut down for a lengthy period of time. They didn't play from December 30 until January 17. Now this is their 4th game in a week. Legs have to go at some point. Northwestern also matches up pretty well with PSU in the sense of the stretch game. They can extend the defense, but they do give up a ton of looks from three. That's where PSU lives. If the legs go, the shots go though. Again, we're playing a spot here.

Game is at 6pm at Kentucky

Reasoning: Fuck it. We're in fade mode. You know what I think about this Kentucky team. It's time to fade.