Tresetti's specializes in comfort food from around the world. "Think Globally, Eat and Drink Locally!" is their motto — and they’ve been a local favorite since 1994. 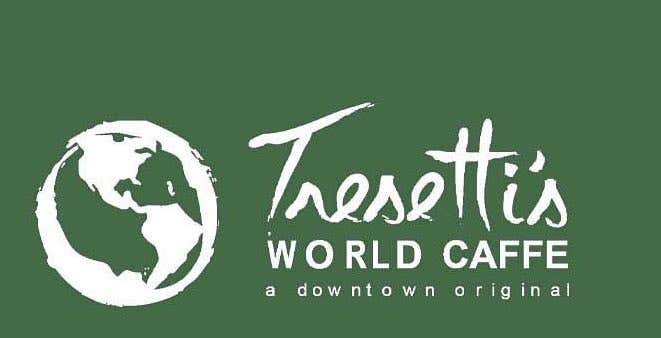 I am writing to you on behalf of Jordan Maisetti and his family’s restaurant “Tresetti’s” in Modesto, California. I can only hope and pray that this letter makes it into someone’s hands with some serious pull at Barstool, because Jordan and his family deserve to catch a break. If I could personally hand them financial relief, I would. It’s just not in the cards for me at this time to do something such as you folks are, but I admire your outreach on an upmost level. Here is their story…

Tresetti’s opened their doors in 1994 when the downtown Modesto scene needed life. The Graffiti Cruise had just been banned by city council (inspired by local star George Lucas’s American Graffiti), and the people needed a new scene. Mitch andTammy Tresetti, Jordan’s parents, believed that it was the right time to invest in downtown. With a man named Paul Tremayne who rooted the restaurant with them, TRE- SETTI’s was born.

Unfortunately, Mitch passed away in 2014. His battle with cancer left wife Tammy and son Jordan to move forward, and they stepped up to the plate with a giant leap. Jordan’s abilities and skills in the kitchen have moved the restaurant, it’s menu choices, and ambience in an extremely positive direction; they did this all while holding honor and pride for their father and their family name. Of upmost importance, they believe in keeping a welcoming family feel to their customers. It’s family that started the restaurant, keeps the restaurant going, and will continue to carry their establishment through these lockdowns and rules that do nothing but keep a pressing finger on their business.

Like every other business in a state or region that has been a victim of overwhelming and overreaching orders, they press on with an unpromising end in sight. What is Jordan’s response? “If we can make it through this, we can make it through anything.” Their restaurant continues to keep people employed, and are currently struggling with the numbers of how to keep employees working and pay rent at the same time. It’s gotten so unfortunate, that they decided to take a few weeks off because they don’t see how they can pay employees and building re t during the slower restaurant times of the holidays, and it’s personally breaking Jordan’s heart. They will open back up just after the New Year. Tresetti’s have banded together with other restaurants in the downtown Modesto area to essentially create an alliance to get through this. They are proud that downtown Modesto restaurants are all locally owned, and it is something they want to see continue. He is also extremely happy and proud that he is the only Dodgers fan establishment around the area, which I can’t stand, but we love him anyways and look past his faults as a baseball fan.

To add more chaos and turmoil to this year for Jordan, his father’s ‘71 GMC pickup, that was left to Jordan after his fathers passing, was stolen by some scumbag. It was finally found by local law enforcement, but was returned torn apart and not in the condition that held memory of his father. He now has a pickup and memories to put back together. He is also celebrating his first anniversary, his wife is pregnant with a little girl due in June, and he would like to purchase his first home for his family sometime soon. There is so much going on in this young man’s life, that I can’t see his family restaurant go under as well.

I know there are so many people out there deserving of these gifts you are passing out, but if someone knew Jordan and knew how happy he continues to be despite all the hits he and his family continue to take, you would want to have a beer with the guy yourself. Jordan talks to me regularly about how he wanted to be a fireman (he talks to me about this because I am a local fireman to our area), and I can see that it was a dream he lost when he stepped up and became the man of the house. He stepped up and continuously makes his father proud by pressing forward while the world seems to be pressing back. Again, I commend you for doing more than our government is for these hard working people. Thank you.