It's nice to know that even during the trying times, something can unite people to feel pure joy. It doesn't matter which country you are in, which religion you follow, or which language you speak. Being able to revel in and laugh at the misfortune of others is truly the universal medicine. Not tragedy, which is something only sociopaths laugh at. But some slight misfortune, like being soaking wet for the rest of a train ride or having something awful happen to your sports teams. Hell, before he was touted as the savior of small businesses around this great nation, Dave Portnoy built an entire company laughing at the misery of his employees. 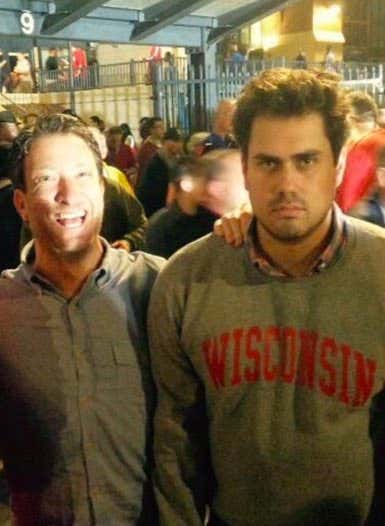 See? That shit is funny. I was even involved in one of those videos and can laugh at KFC. Mostly because I know that Mets team had no shot of winning a World Series and if I had been filmed during the end of Game 7 of the 2006 NLCS or pretty much the entire 2015 World Series, I would be serving a sentence in Sing Sing for bossicide. However, there is truly something therapeutic about laughing at the misery of others.

Hopefully that train station uniting around dozens of people having their day ruined put a smile on your face as you finish up your work week and may the repairman who took his time arriving to that busted pipe get a VIP section when he arrives at the pearly gates for making this video possible.