Not a horrible night last night, but not great by any stretch. Very mediocre, which is disappointing, because it’s not going to win you much money. Managed to cash a little bit with my main lineup – 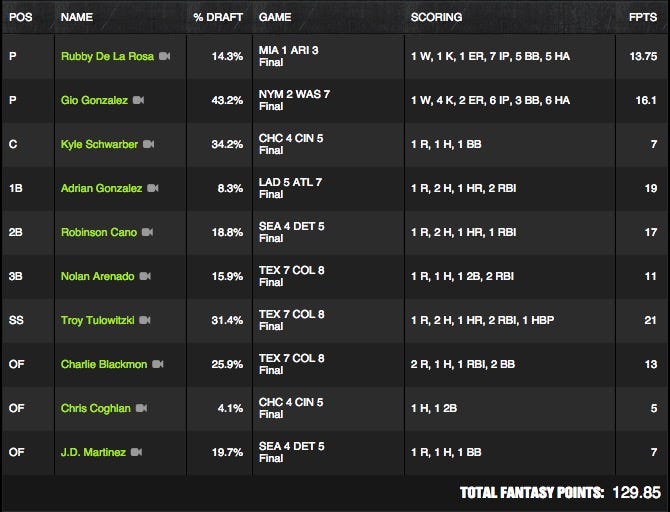 But it was basically worthless. The blog picks: So-so from Blackmon and CarGo, at least a little contribution from value play Schwarber, and of course a total dud from VMart. I knew the DK pricing was fishy with that one. I did admit they were smarter than me though soooo at least I’m self aware.

-Jake DeGrom – After Harvey got touched up again last night, I think it’s safe to say there’s a new ace in town. If you’re paying up for pitcher tonight, nobody has more upside than DeGrom.

-Danny Salazar – speaking of upside…Danny Salazar. A threat for 14 Ks every time he goes out there. But the Brewers have been mashing lately, and Salazar is prone for horrible blowups, so not much safety mixed in here.

-Michael Wacha – I don’t like playing Wacha because there’s no strikeout upside which is huge on DK. And as bad as they are the White Sox don’t strike out a ton. But, the White Sox are really bad, and Wacha is a good pitcher, so it might be wise to roll with him and hope he can get to around 6 or 7 punchouts.

-Joe Ross – have to at least take a peek at the guy going up against the Mets lineup who has by my rough estimate stranded 1,245 runners over the past 3 games. 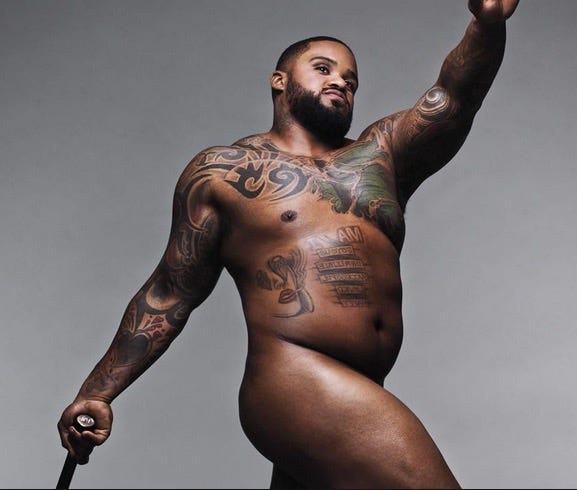 Another Coors night! And believe it or not…the total is even higher than last night. An 8-7 shootout that shows no signs of slowing down tonight and is definitely the game you want to target. For my big money pick I’m going with Prince with a great matchup right in the heart of the order. Of course you could always try out Moreland who is more of a risk, but usually has more upside.

Annnnd of course there’s ANOTHER weather alert for this game. It’s unreal how often it rains in Denver. How does anyone live there? Keep an eye on the situation but as of now it looks like minor delays as opposed to a full blown PPD. 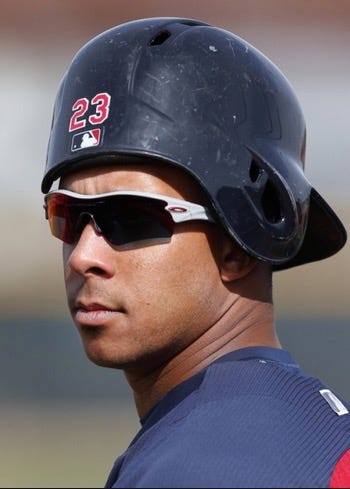 Hey you got to get off the Coors game somewhere. I could do all Rockies and Rangers picks here easily, but that’s not going to win you any tournaments. So going off the board a little bit I like Brantley’s spot tonight – he’s been heating up, and he’s got the Trashman Garza at a great hitter’s park. Definitely a good shot at putting up double digit points and hopefully breaking the 20 point barrier that will launch you into the money. 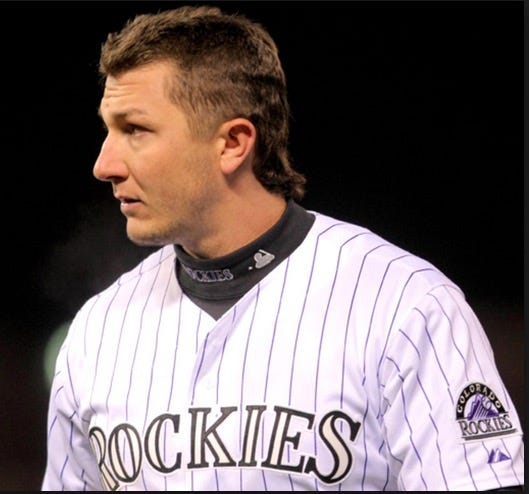 I was honestly shocked when Tulo was not only sub-5K today, but he was the THIRD highest priced SS. That’s crazy town. For a home game against a shitty pitcher you almost have to lock him in here despite the high ownership he’s going to have. There’s going contrarian, then there’s stupidly fading to try and get cute, and Tulo is in fade-at-your-own-risk territory tonight.

(In that vein, the fact Correa is priced so high and facing off against a guy making his first start tonight is definitely intriguing.) 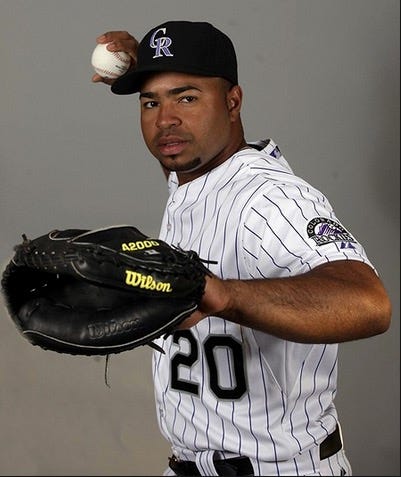 Yeah yeah, another Rockies player, but come on now. A home run hitter for the team with highest team total of the night at Coors against a crappy pitcher…for 3K? The very definition of value play. You never know exactly when Rosario is going to crack the lineup so check up on it, but if he’s in there, I’m rolling with him for sure.

That’s it for me, be sure to tweet me @kmarkobarstool with your picks of the night, and keep an eye on another shitty night of weather.