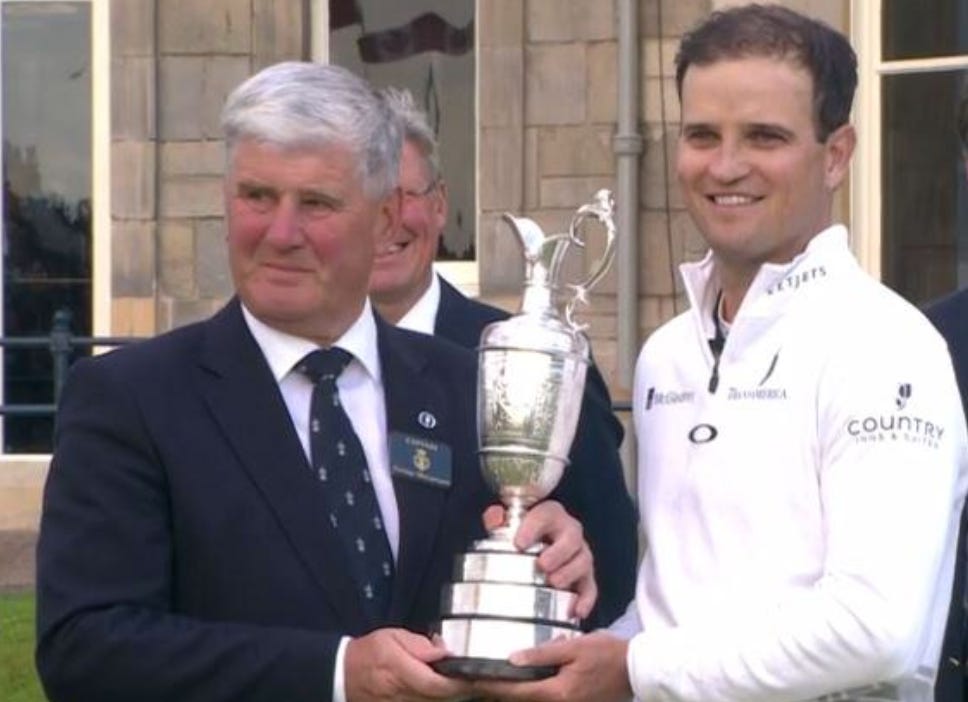 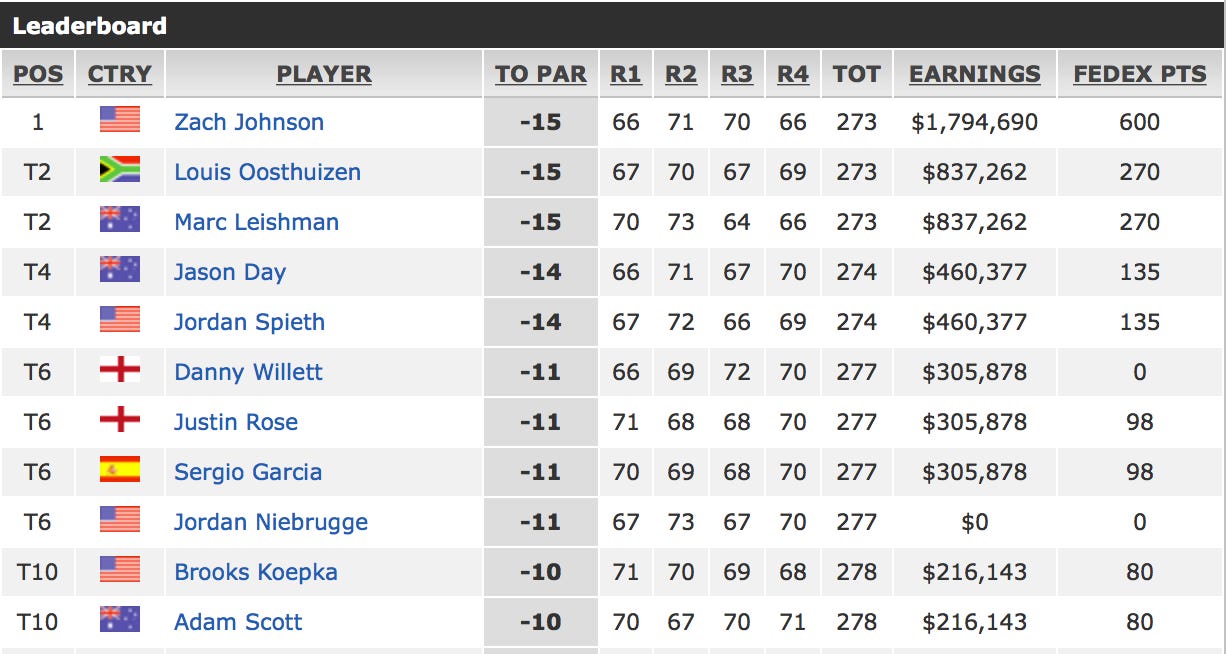 Here we go!  Tuesday morning recap this time around because of countless wind delays and rain delays.  We can start there.  CRAZY weather last weekend at the Old Course in Scotland.  Rained like a mother fucker on Friday and then was windy as hell on Saturday. That’s part of the charm of The British Open but it sucks when it stops play. I was pretty bummed when I found out we’d have a Monday finish for he following reasons.  Tournaments are better when they end on Sunday because it feels more communal.  More people tweeting.  More people interacting.  When it gets pushed to Monday you’ve got people struggling to find online feeds at work or people simply having to follow via Twitter.  It’s way less fun.  One thing Twitter has done is make it feel like you’re watching something with a lot of people even if you’re just hungover as fuck by yourself in your apartment.  So that sucked.  Monday finishes suck because, for whatever reason, they just don’t feel the same.  Probably because the weekend gets dragged out and most of the time you’re confused what round it is.  My stupid brain couldn’t stop thinking Sunday was the final round.  There’s just a mental block about it.  So when the round ends and True Detective comes on it’s a little weird knowing there’s a full round still to be played.

Onto the play itself, AWESOME tournament.  How can you possibly complain when tons of players are going low (even some amateurs) and the leaderboard looks like this 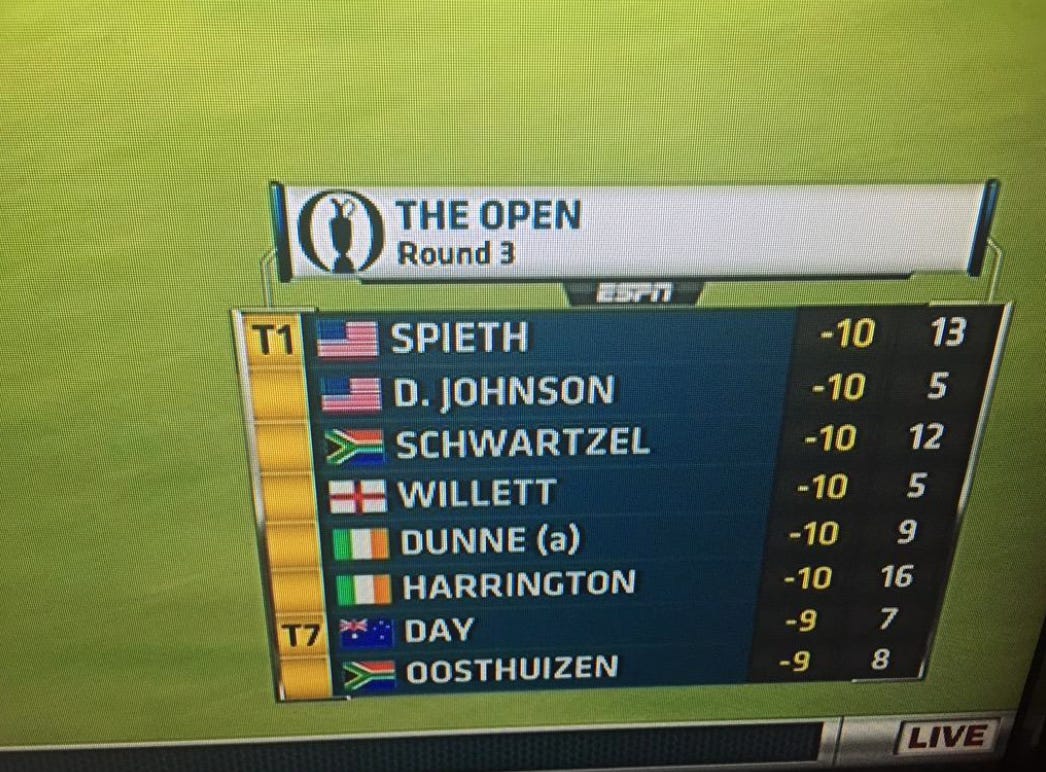 (it feels bad even seeing Dustin Johnson’s name up there.  Tied for the lead for most of it and then back-to-back 75s.  Woof.)

It was great.  One of the best parts was you never heard anybody say, “Man, I wish Rory was here.”  That’s not a knock on Rory (stop playing soccer dumbass) either.  But it’s a sign of how well the tournament is going when nobody even thinks about the world’s #1 golfer not being there.  Obviously a lot of that had to do with Spieht being in the mix for pretty much the whole tournament.  When you’ve got a guy going for a Grand Slam, nothing else really matters.  That’s the headline.  Even if
Rory were there it would’ve been all about Spieth.  It was cool seeing Dustin Johnson bounce back the first couple of rounds but he eventually imploded per usual.  Zach Johnson hung around.  Jason Day hung around.  A few amateurs who dressed exactly like Spieth hung around.  It was a lot of fun.  There wasn’t one guy who grabbed the reigns and it was more fun that way.

Remember during The Masters where it was all Spieth?  All Spieth.  He never relented for a second.  Birdie after birdie after birdie after birdie.  He broke every record in the godddamn book and it was him from start to finish.  This tournament wasn’t the exact opposite of that but it was…..different.  He didn’t dominate (nobody did) but it always felt like he was right there.  I thought that was interesting.  No matter how many strokes off the lead he was or when his putter was letting him down like during the 2nd round and he shot a 72, he was always around.  Golf needs that. It wouldn’t have been as exciting, despite so many players in the mix, without Spieth lurking.  It adds a whole different element.

The final round was the cherry on top.  Haymakers on haymakers on haymakers.  It helped that it was a good day for scoring.  Zach shooting a 31 on the front 9 seemed to set the tone for the rest of the day and the rest of the players.  Guys like Mark Leishman made a run while a young gun like Paul Dunne wilted a little bit.  Spieth came out firing despite a double bogey on #8 which he then responded with two straight birdies.  Spieth’s ability to bounce back is unmatched.  All day it felt like -17 was gonna be the number.  If a player could reach that then they would be the one holding the Claret Jug. Nobody got the there but Zach was the leader in the clubhouse at -15 when he hit this putt on 18.  Unbeknownst to us at the time, but it was the biggest putt of the tournament.

That put him at -15 and into an eventual playoff with Leishman and Louis Oosthuizen. Leishman knocked himself out of the playoff almost immediately with a bogey on the first hole while the other two birdied.  Zach then birdied the second playoff hole while the other two parred it.  At that point, it was all about staying even with the other guys and the tournament would be his.  He did just that on the final two playoff holes (after a scare on the third where his foot slipped on his approach shot and it came up well short. Then he put it in the thick rough off the back of the green) and won the whole damn thing.  He just hung around.  Just enough  It was his putting that was the difference.  Especially some of the long birdie putts during the final round that had no business going in.  Zach Johnson is your 2015 British Open Champion.

PS- I won’t go into detail about what this means for Cedar Rapids or Iowa just know that it means a lot.  I remember back when Zach won The Masters in 2007 and just how big of a deal that was.  I watched it with my Dad and Uncle and it was great.  Not a dry eye in the house.  And for it to happen at St. Andrews with so much history.  You could see it and hear it Zach’s voice during his post-round interview.  Special stuff for the folks around here.

Shot of the Week:

That’s it.  Has to be. Zach Johnson’s putt on the 72nd hole to put him at -15 and the leader in the clubhouse.  If he misses that and doesn’t post a number then maybe he doesn’t even get into a playoff and maybe somebody else is holding the Claret Jug.  Zach made a lot of lengthy clutch putts during the tournament (especially during the final round) but none were more important than that one

It helps that the putt was followed by an epic caddy celebration.

Other candidates for SOTW

Jordan Spieth’s birdie putt on #16 during the final round to put him at -15 and in line for a playoff with Zach Johnson if he parred out.  When that putt dropped I thought we had just witnessed a 21 year old kid winning the third leg of the grand slam.  I really did.  You’re not supposed to be birdie #16.  Only one other person had done it.  We expected Spieth to par #16, par #17 and then birdie #18 to force a playoff.  Instead, he birdie #16 and I thought for sure he was gonna post a -16 and win the whole damn thing.  Didn’t turn out that way obviously but this would’ve been the SOTW had it.

Fan of the Week:

This guy.  Henry Hill reincarnate just chillin in the crowd.  There’s just something about him that lets you know he has awesome stories.  I knew it the second he popped onto my TV screen.  He was unlike anyone standing around him.  I need to know more about him. 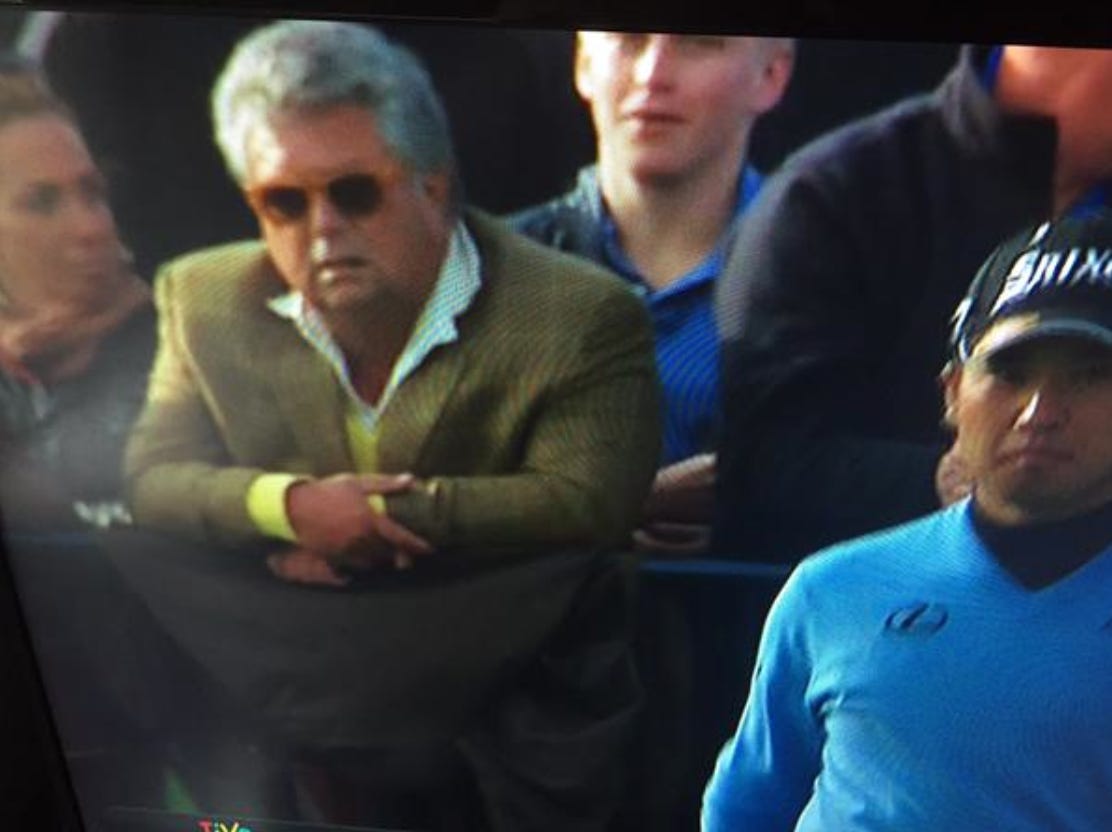 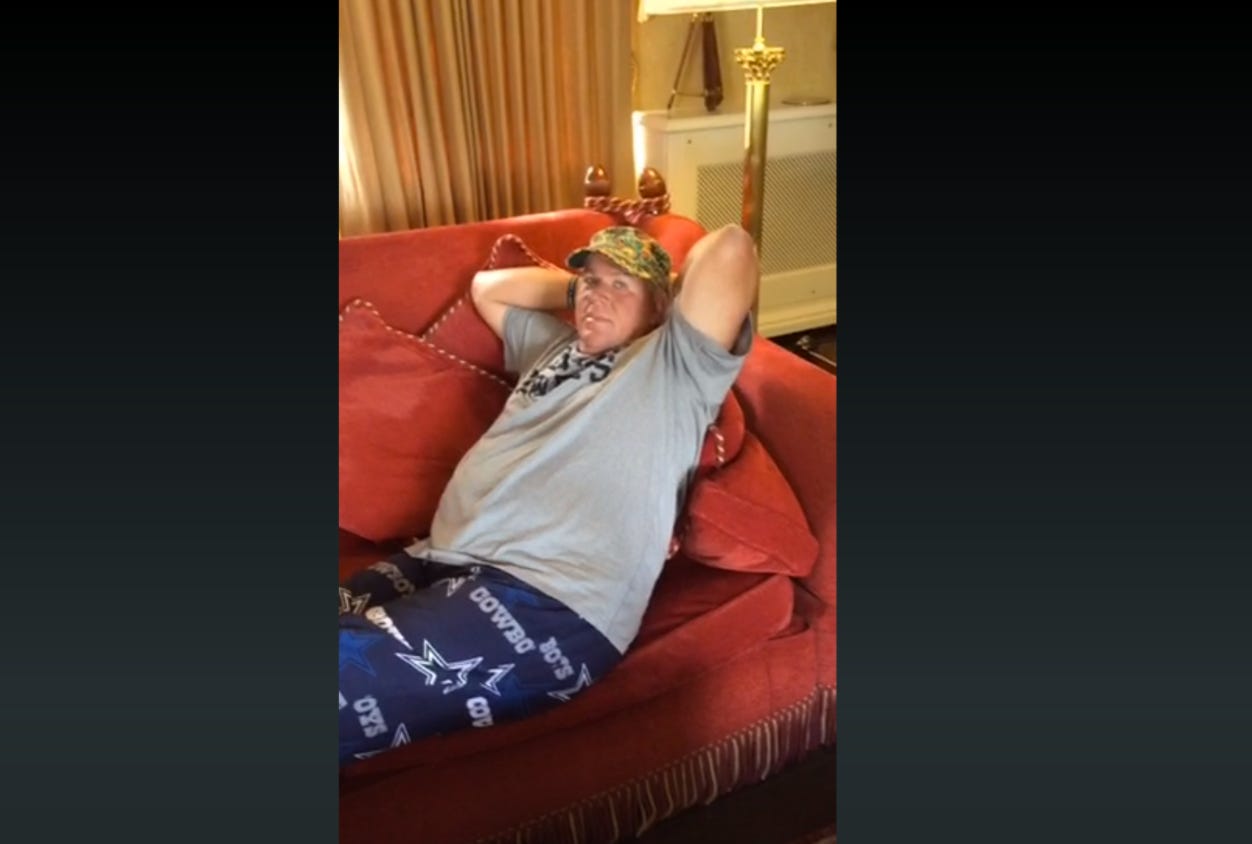 Zach’s wife isn’t exactly gallery material so let’s run back one of Rory’s old girlfriends.  He ran around with Naida Forde after his British Open victory last year.  Run it! 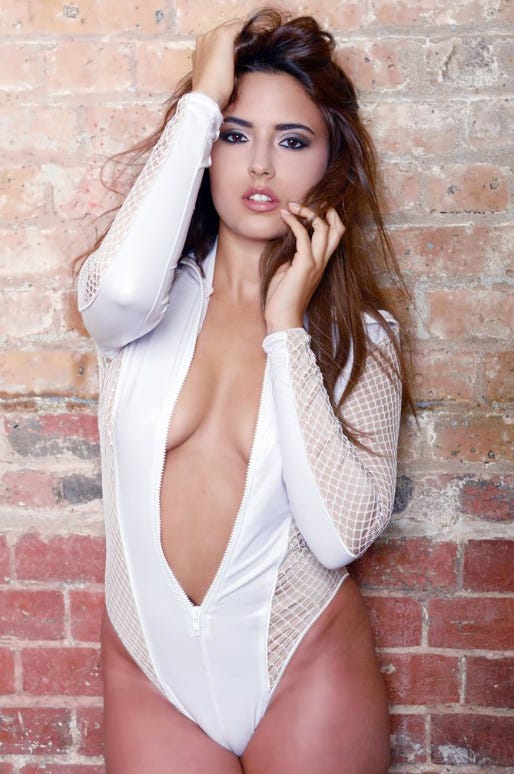 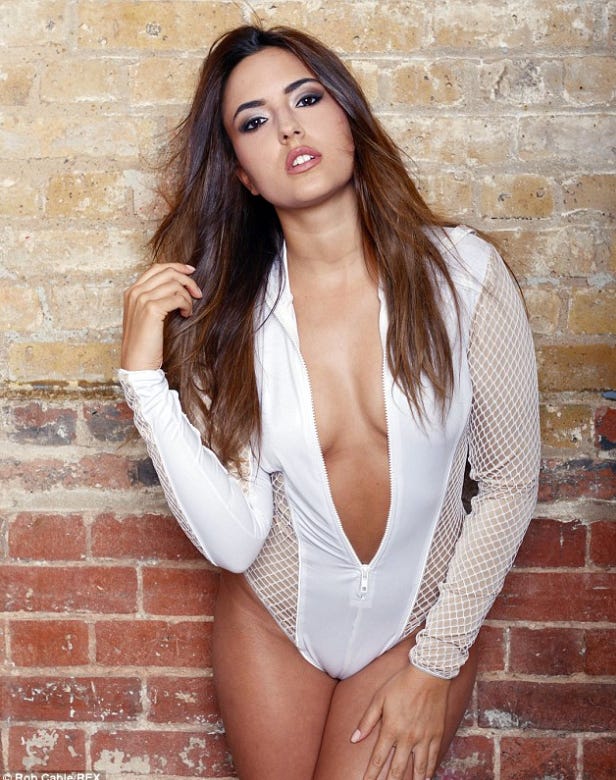 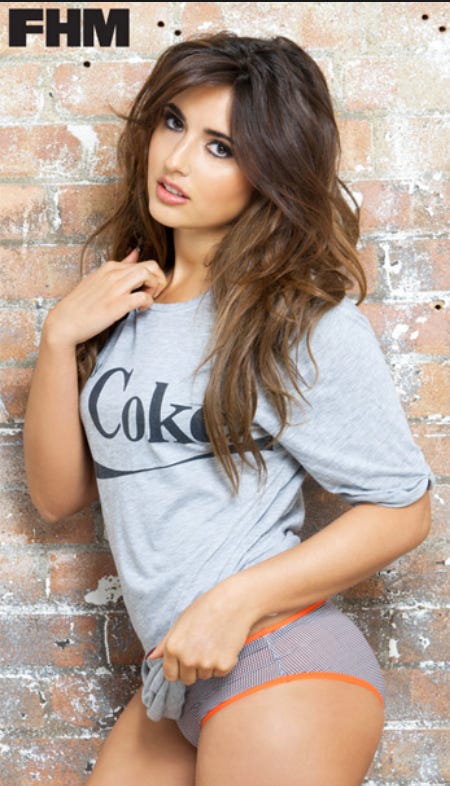 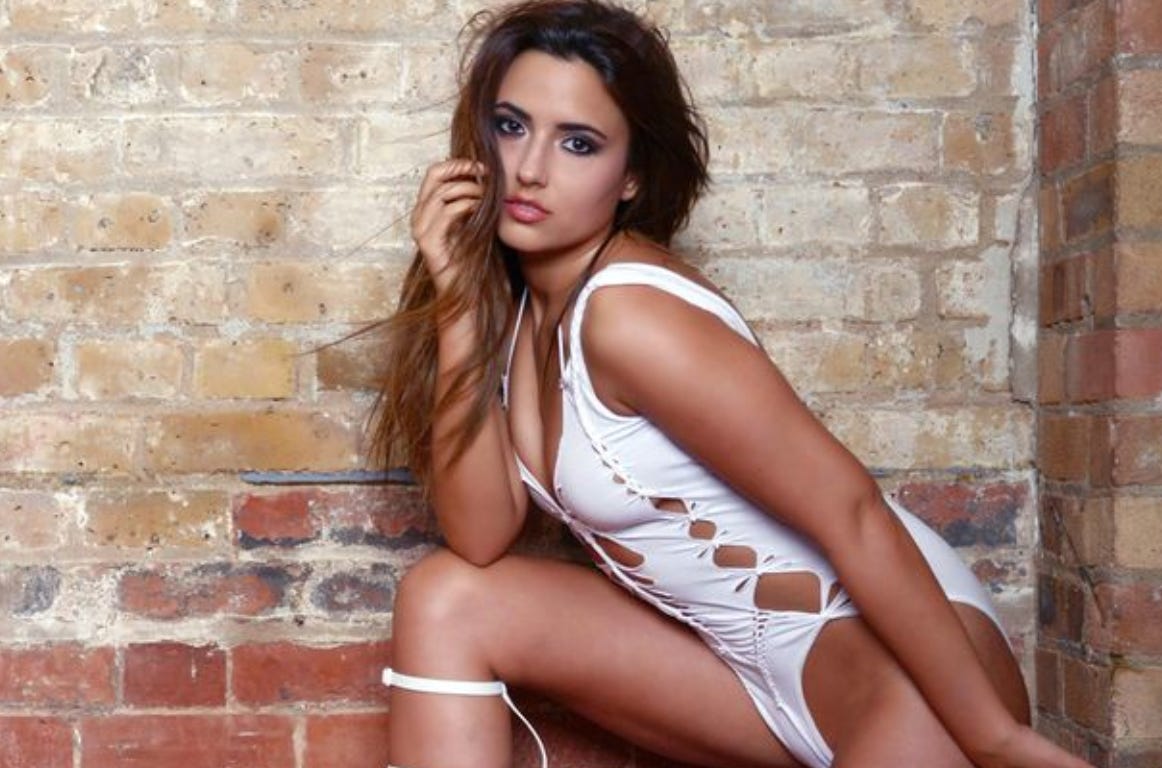 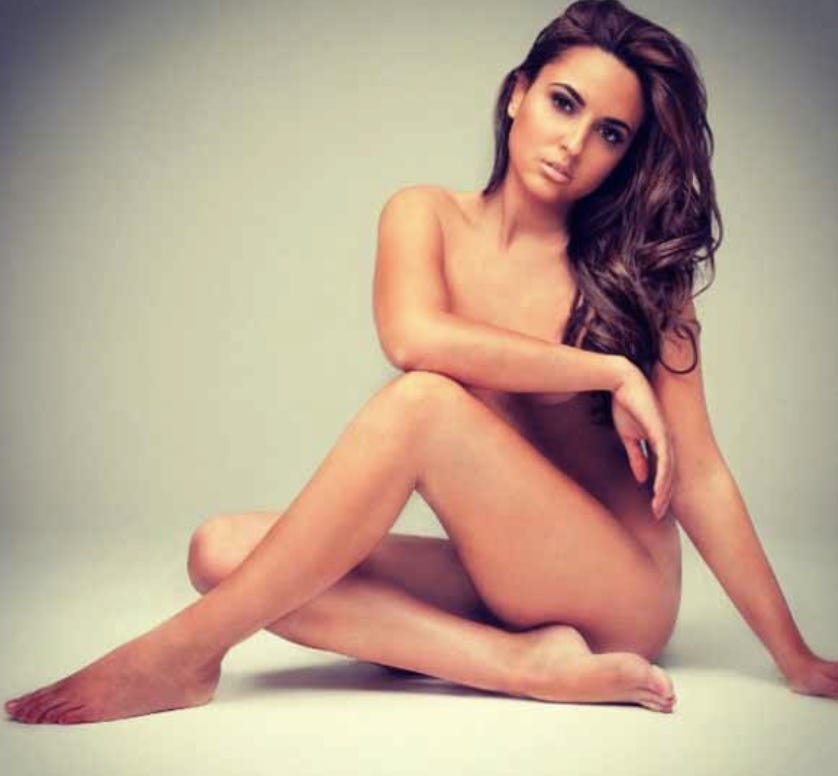 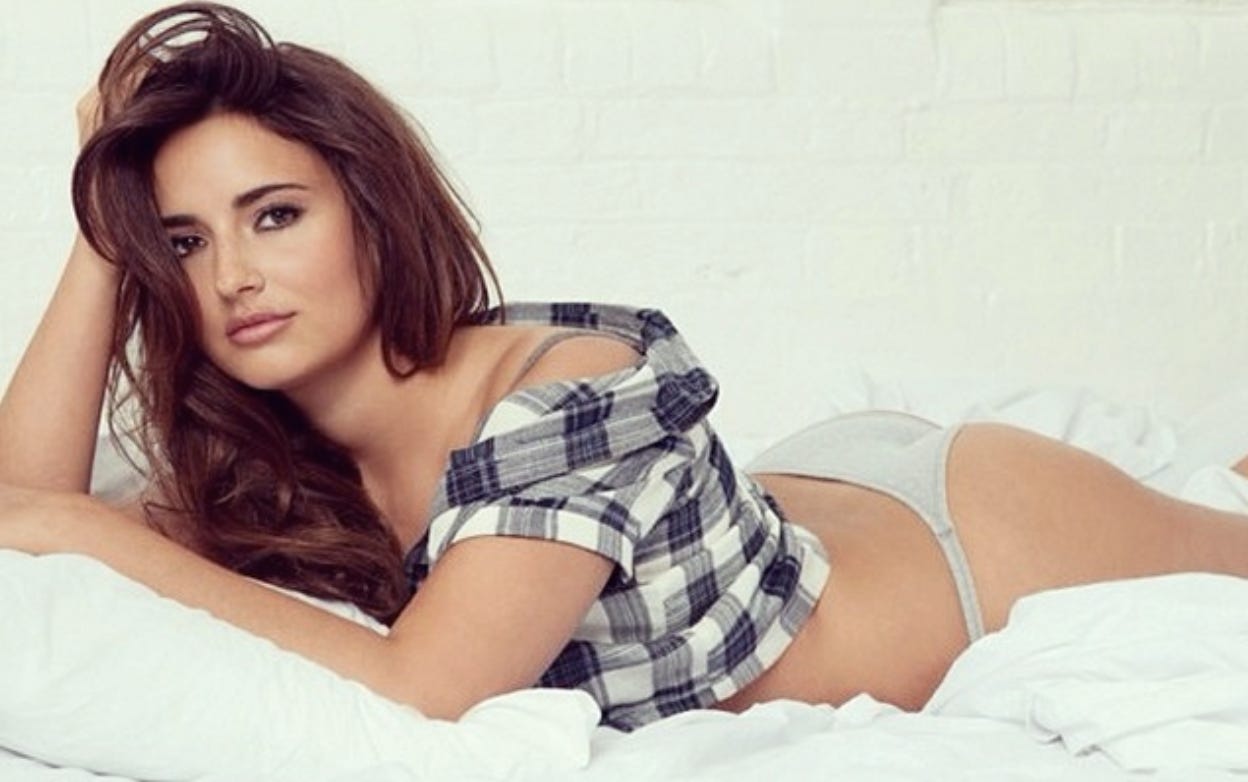 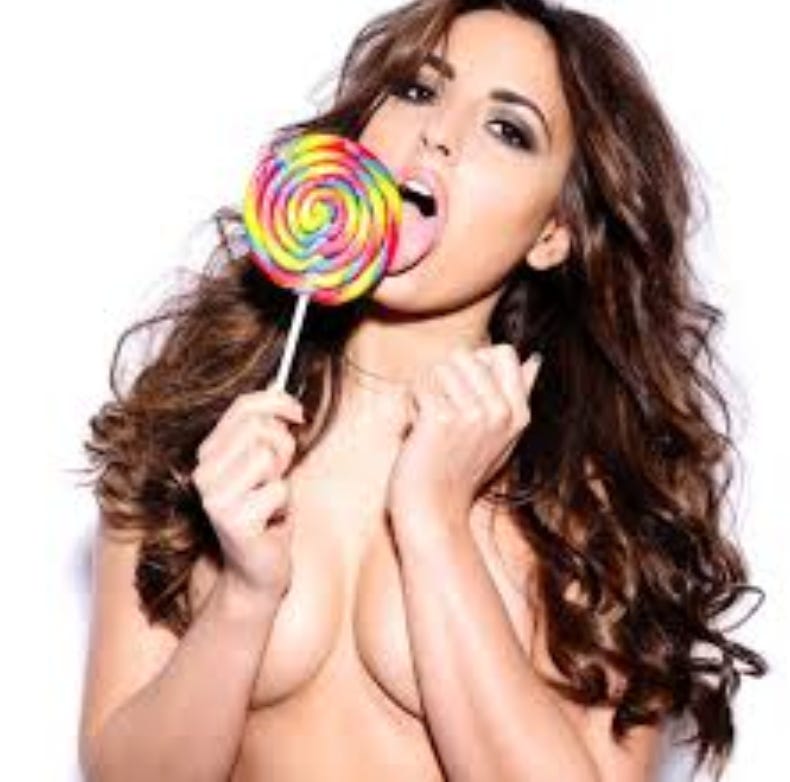 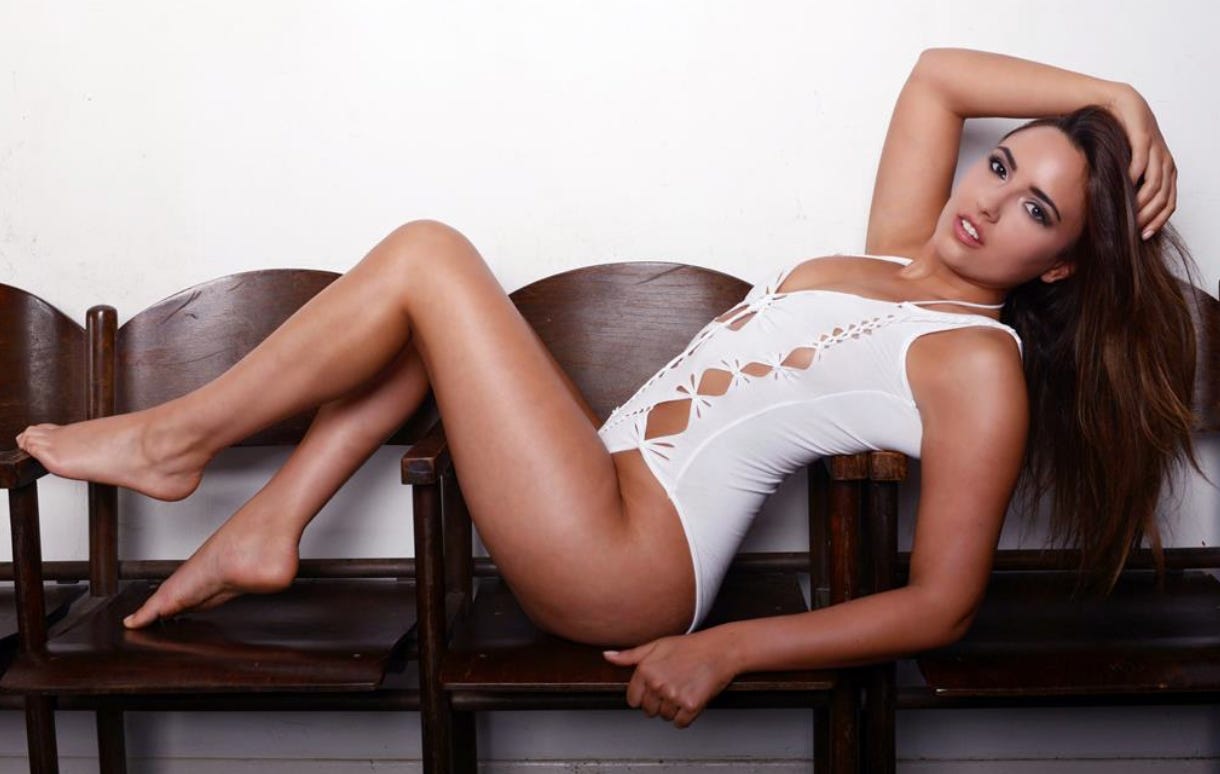