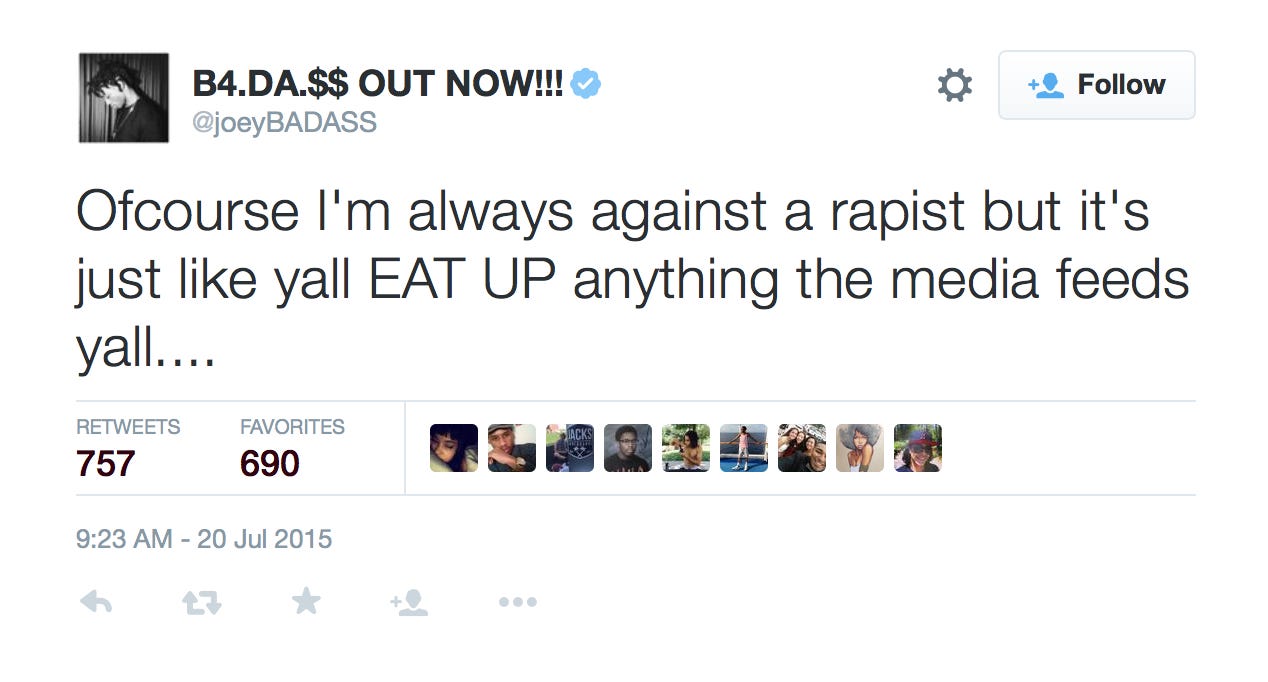 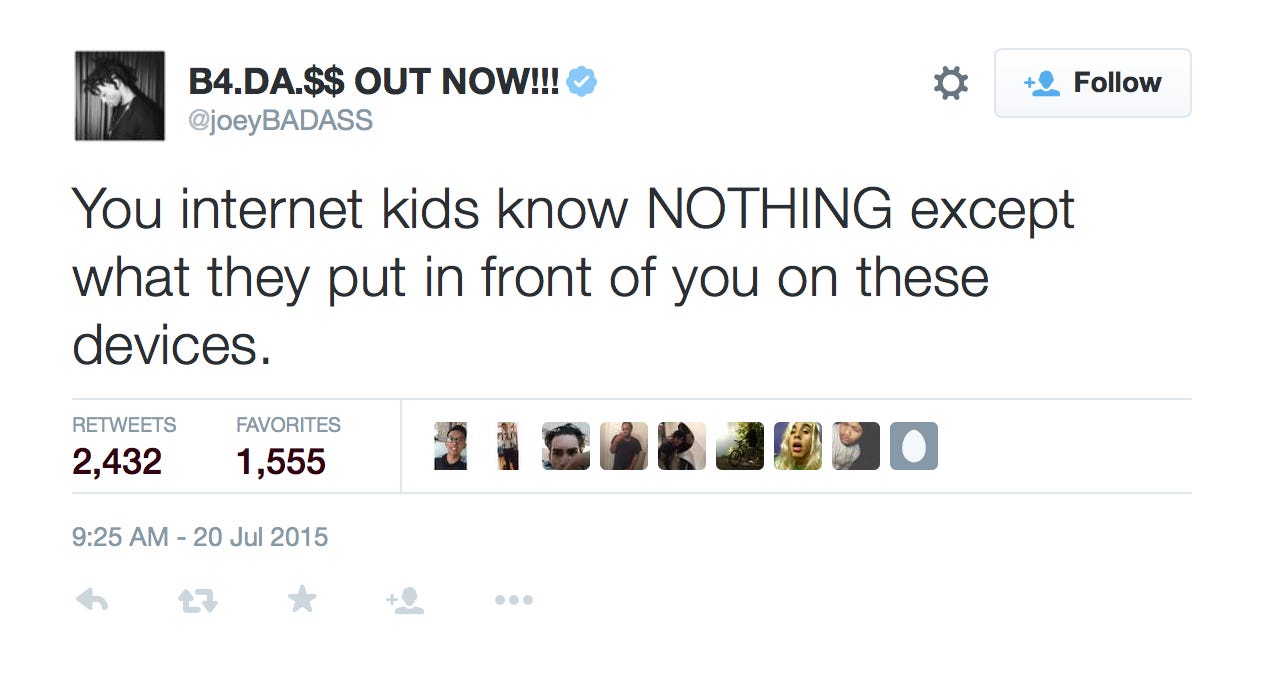 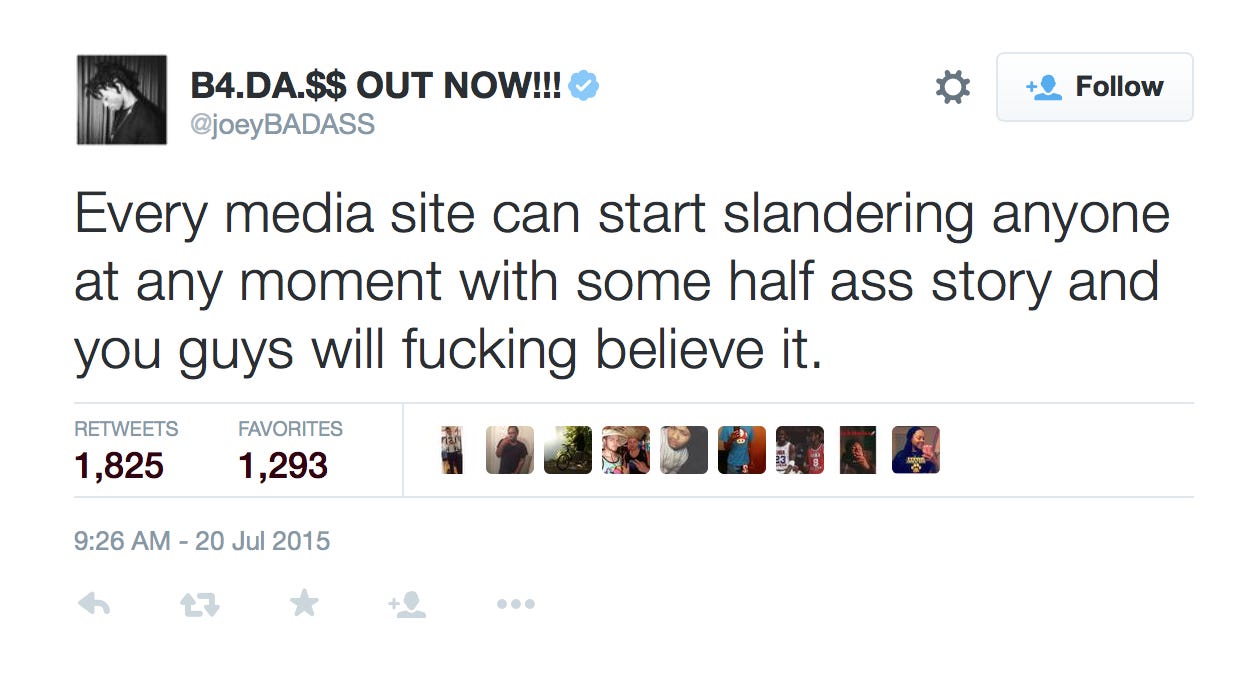 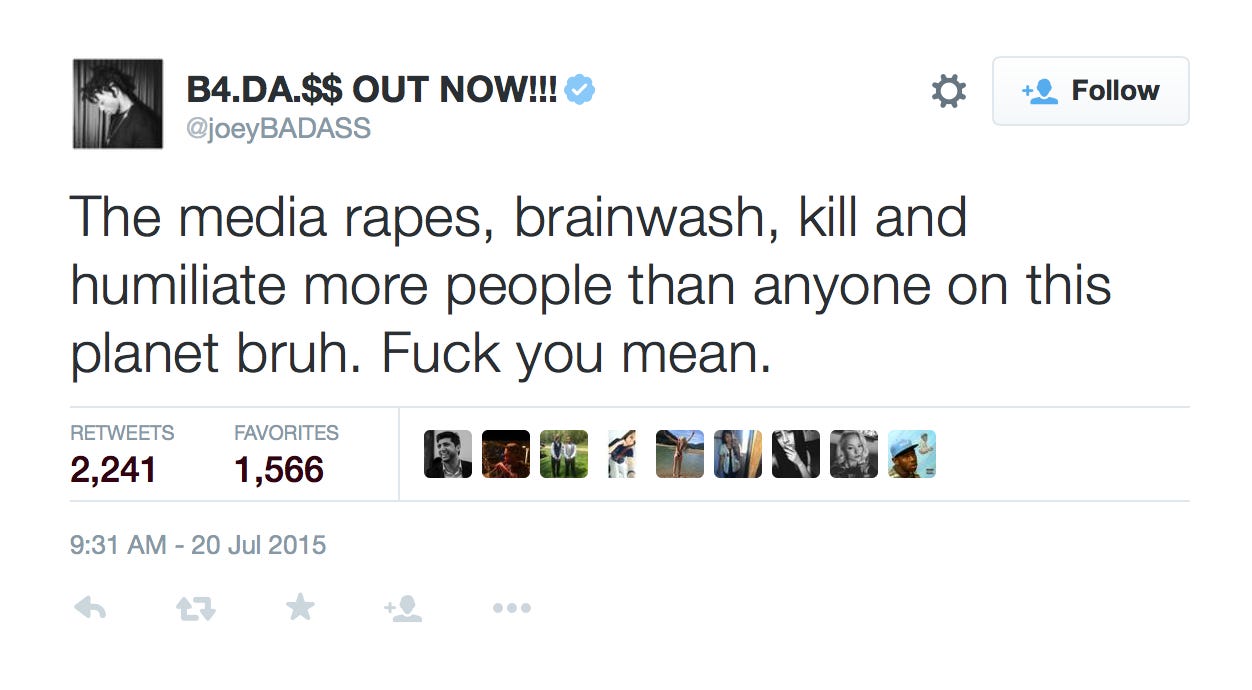 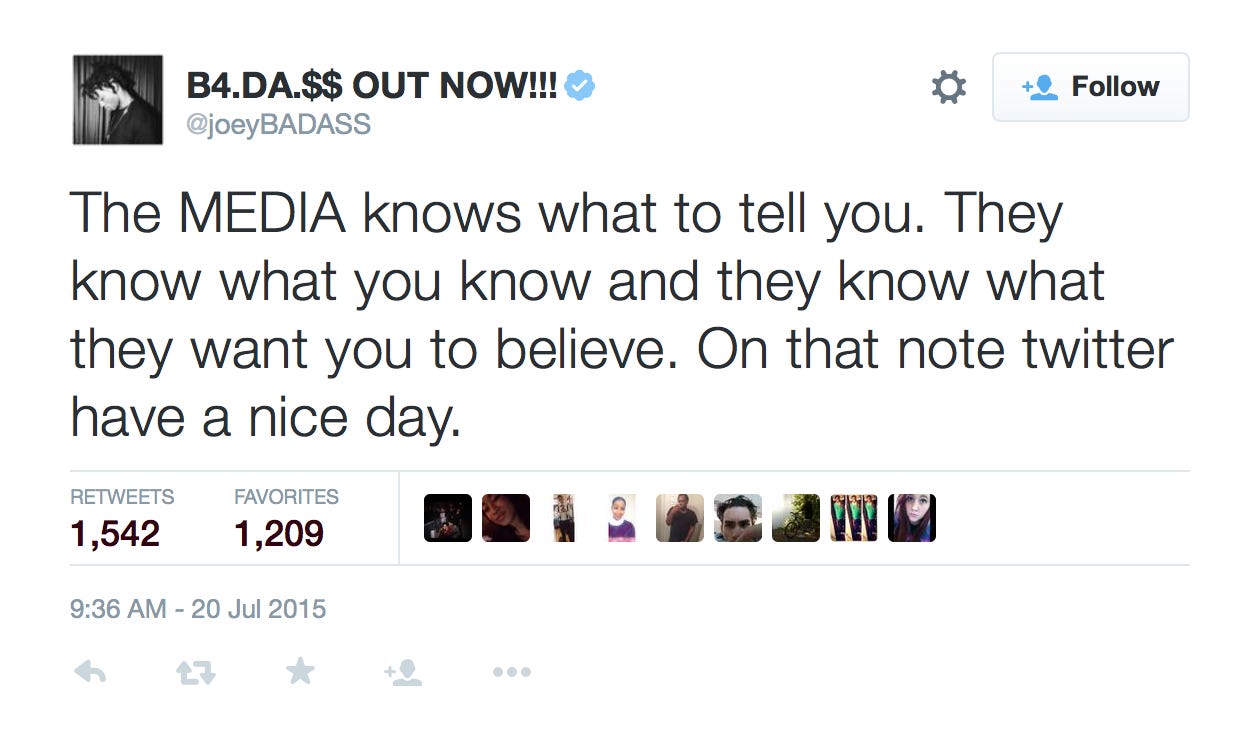 Well it was bound to happen.  Some celebrity coming out of the woodwork and defending Bill Cosby on the Twitter machine.  Never good when a tweet starts with “I’m always against a rapist but…..”  That’s a surefire way to know it’s time to stop tweeting.  You know what the crazy part is though?  Joey actually has some decent points in that rant.  We’re at the point in our 24/7/365 media stream where any little bit of news, no matter how small or insignificant, has the potential to be turned into something because we just need something to talk about.  There isn’t enough real news to fill a complete 24/7 cycle so you gotta grab onto anything you can.  Joey is right.  There are people that get wrongfully accused or judged by the court of public too quickly simply because somebody wanted to put a story out or needed to put a story out to please their editor.  Here’s where Joey went off the rails.  He picked Bill Cosby as the cornerstone of his point. That’s bold.  That’s real bold.  Literally the worst possible person to use as a model of Joey’s point.  Almost as those tweets are being fired out even those closest to Cosby are like, “You know what?  Maybe he is a monster” but not Joey Badass.  You can’t just bring a guy down for being a rapist by hearsay, rumors and actual court documents.  Blasphemy!  Again, some decent pints from Joey, he just picked the worst possible person to try and prove it.  He’s guilty, Joey.

On second thought what does this even mean?