Sepp Blatter just got covered with cash, before telling journalists: “This has nothing to do with football.” https://t.co/XTmfJXD3CG

“Money has nothing to do with Football” -Sepp Blatter, while everyone in his organization is being investigated for colossal bribe taking

Normally I can’t stand these comedian/protestors that pull these public stunts that really prove nothing and accomplish even less. But I have to say I liked this one, solely because of Sepp Blatter’s face. You can see his brain work overtime trying to figure out what exactly is going on. From “oh my god what is that am I going to die” to “wait it’s money, can I have it” to “shit they’re just 1 dollar bills, gross, I’m out of here” all in a half a second.

Also, no offense to this comedian but you’re dead bro, dead. President of Everybody, ever heard of it?

Cash rules everything around me, CREAM, get the money, dolla dolla bills ya’ll…. 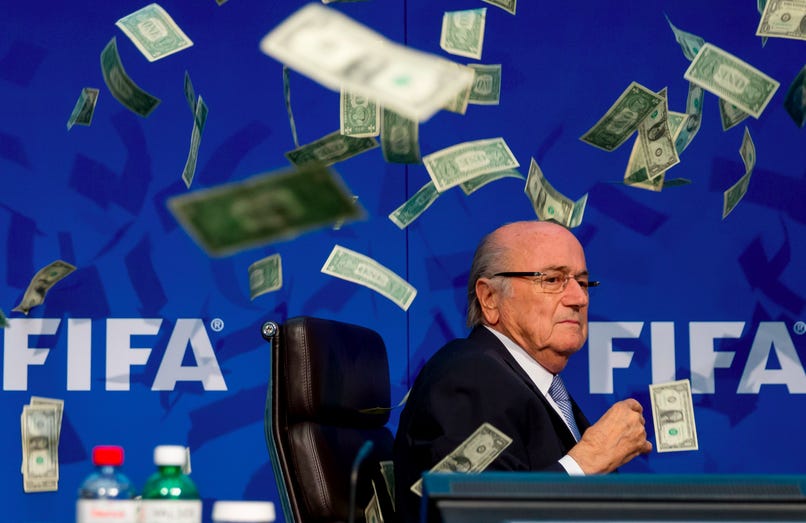