Annnnnnnd that ended Phil’s run at potentially stealing the Claret Jug by going low on a Monday. Before that he had six birdies on the day and got all the way to -10.  That tee shot put a quick end to that.  The Road Hole at St. Andrews is one of the toughest holes in all of golf and that’s when you don’t land it on somebody’s balcony.  He ended up triple bogeying that hole and knocking himself right out of contention.  We’ve seen a couple guys hit it off the roof of the Old Course hotel on #17 but none that landed (and miraculously stayed) on a balcony.  What are the chances of that?  I’d actually like to know.  He could hit that ball 10,000 times and not land it that way again.  No chance.  It’s actually a pretty incredible accomplishment.  Ya know, when you’re not chasing a major championship and a seven-figure pay day that is.

That’s not the first time Phil has landed his tee shot in a weird place either.  Last year at The Barclays he hit it into the hospitality tent not once, but twice. 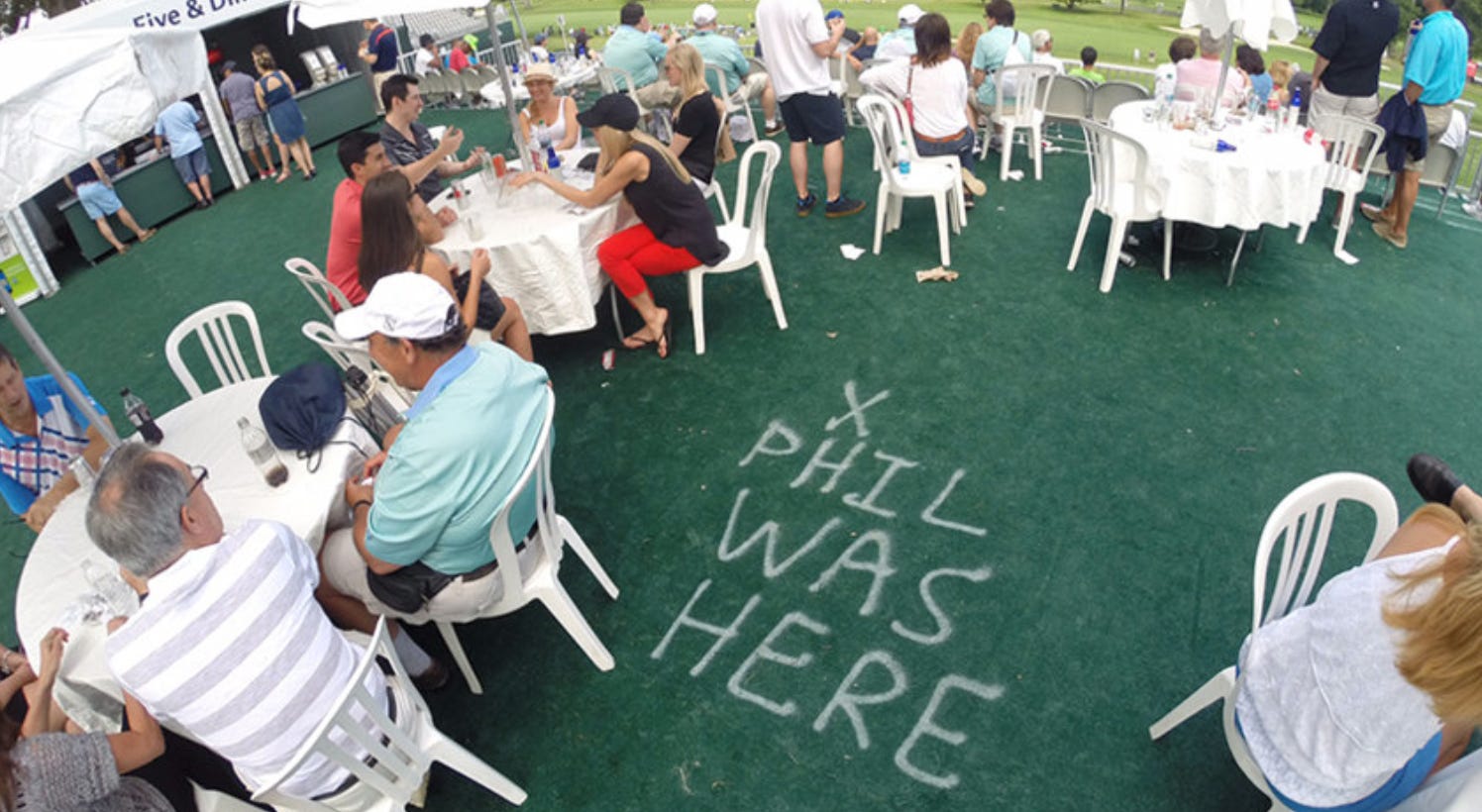 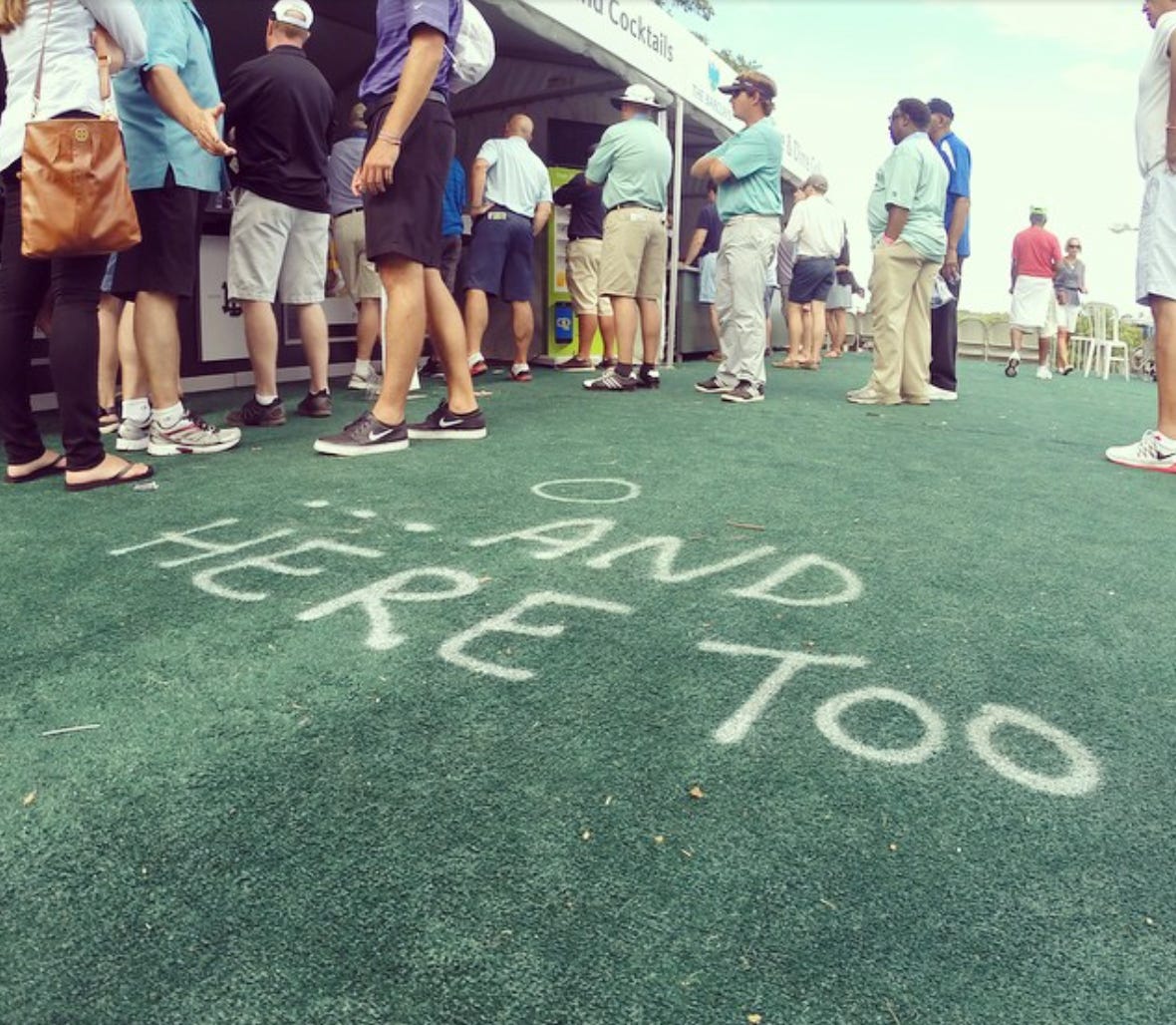