Here are the 3 highlights you needed to see.

1. Gronk had the most Gronk walk to the podium to play the Feud in the history of walks to the podium.  Literally couldn’t be more Gronk if he tried.

2. Gordie Gronk with the sneaky funniest answer of the night.

Other than that it was consistently funny but nothing crazy.  Gronks got blown out by the way by Holly Robinson Peete’s family.   More importantly am I the only one that thinks Rodney Peete is a much bigger star than Holly Robinson Peete?   I’d kind of be pissed if I were him.  He should have been at the head of the team not his wife.

PS – If you don’t respect that fact that Gronk still clearly buys all his suits direct off the rack from Men’s Big and Tall then you have a big dump in your pants.  Seriously he’s got to be the only multi millionaire consistently wearing ill fitting suits.   I’d say clean it up but it’s so Gronk it hurts.  It’s probably the only suit he owns. 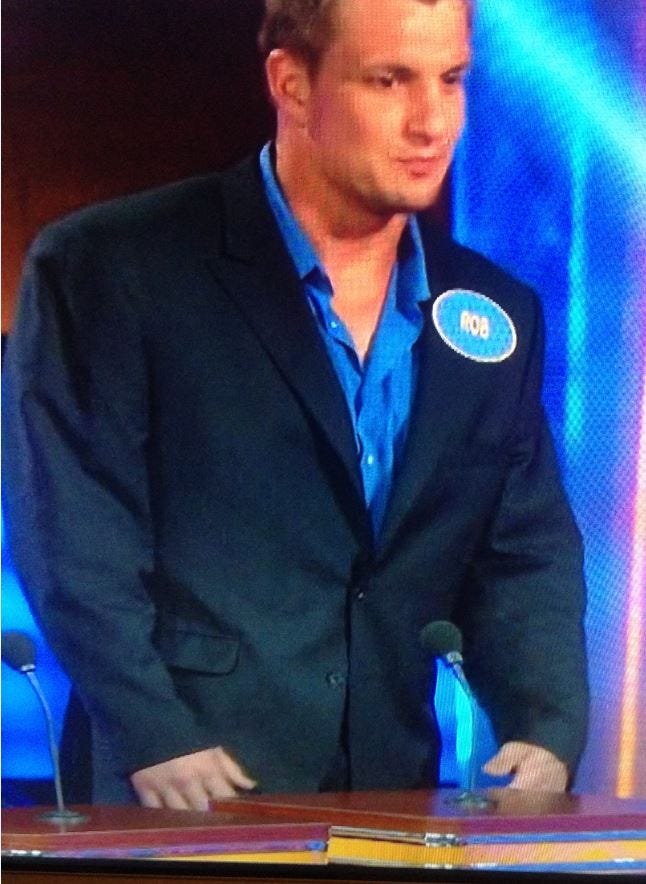