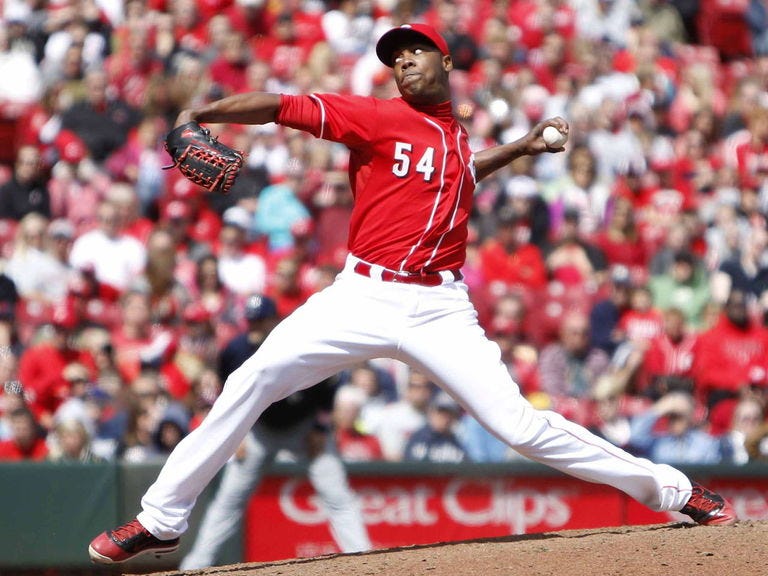 “It took Chapman 292 innings to set the record, shattering the previous mark of 401 2/3 innings set by Texas Rangers right-hander Yu Darvish in 2014.”

“The four-time All-Star owns a league-best 15.7 strikeouts per nine innings this season – though it’s the lowest mark he’s registered in the past three years.”

So this guy is pretty good at throwing baseballs huh? Shattering a record by about 25% doesnt even make sense. Are there any major records that could be beat by 25% ? That is like Ken Griffey Jr staying healthy and hitting over 952 hrs, or anyone in the nhl recording 3571 total points. I guess you can make the case that its sort of side record? Still. I am fairly certain the only record I could beat by 25% would be eating 38 chicken mcnuggets in 3 mins.

ps – i guess mark prior and kerry wood were kinda good huh?