Buccaneers vs. Saints was set to be a matchup of two of the greatest Quarterbacks ever. Tom Brady still going strong at age 43, and Drew Brees, who had never won a game as a 42-year old (his birthday was Friday). Going into the game, I was incredibly nervous, but very excited. I was ready for this team to end Drew Brees' fantastic run with the Saints:

The Saints started hot with some good defense and a good punt return, but these teams are much closer than their two prior matchups. Drew Brees, who turned 42 on Friday, just doesn't have the zip on his ball and really struggled to push it past 15 yards. In fact, the Saints only play longer than 16 yards in the 1st half was a Jameis Winston TD on a busted coverage play.

The Bucs got a monster game out of Devin White who was everywhere and had a critical 4th quarter interception of Brees:

Credit where credit is due, Brees had a great career and was a thorn in my side for 15 years. A hell of a run, but I'm looking forward to seeing him in the announce booth:

After the W, White went on IG Live from the lockerroom and it was a scene man: 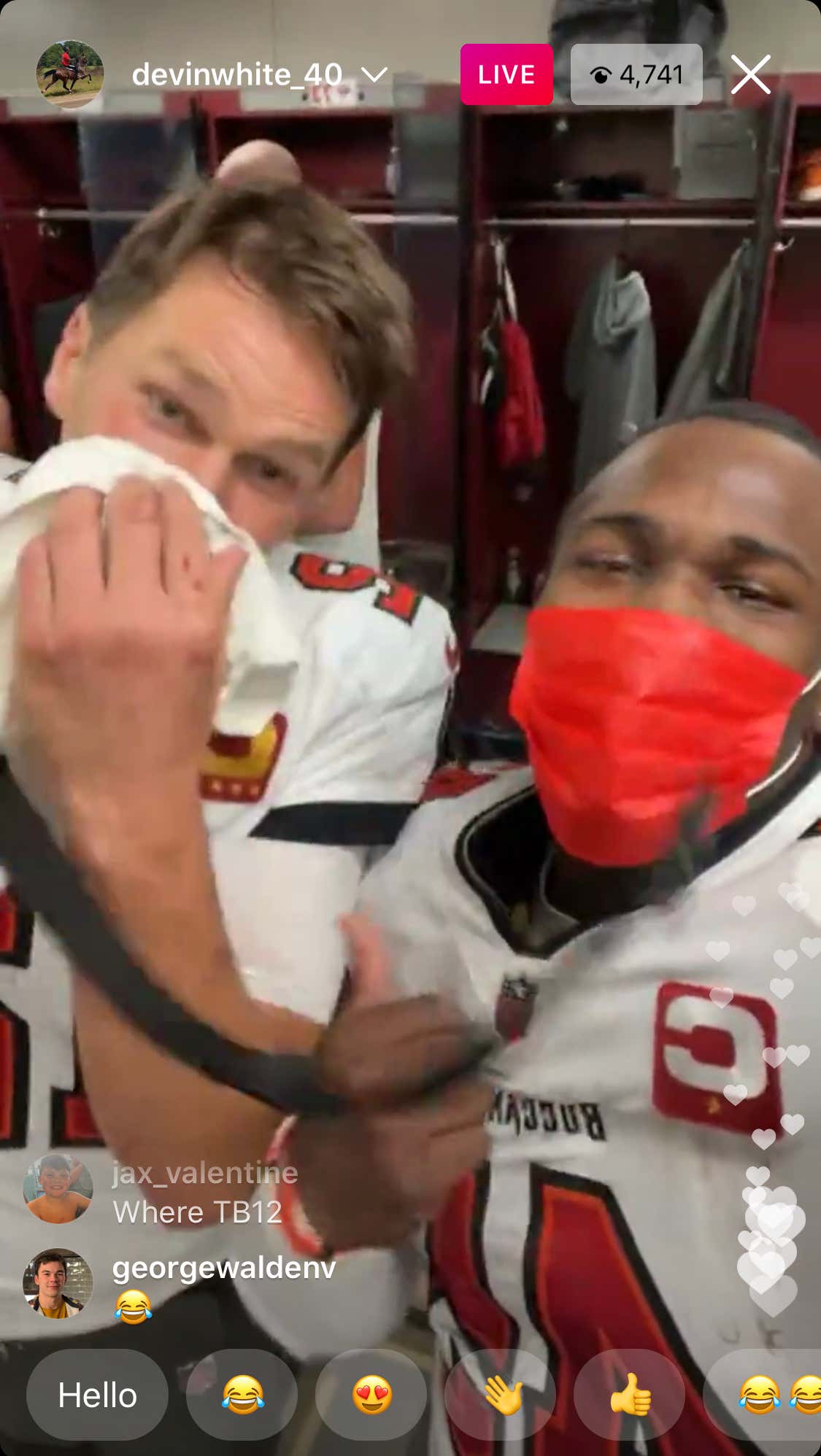 And while Who Dat Nation is going home with their heads hung low, they had a heck of a season still. Nothing but respect. That being said, WE DAT! New shirts on sale now, easiest purchase of all-time for Bucs fans: