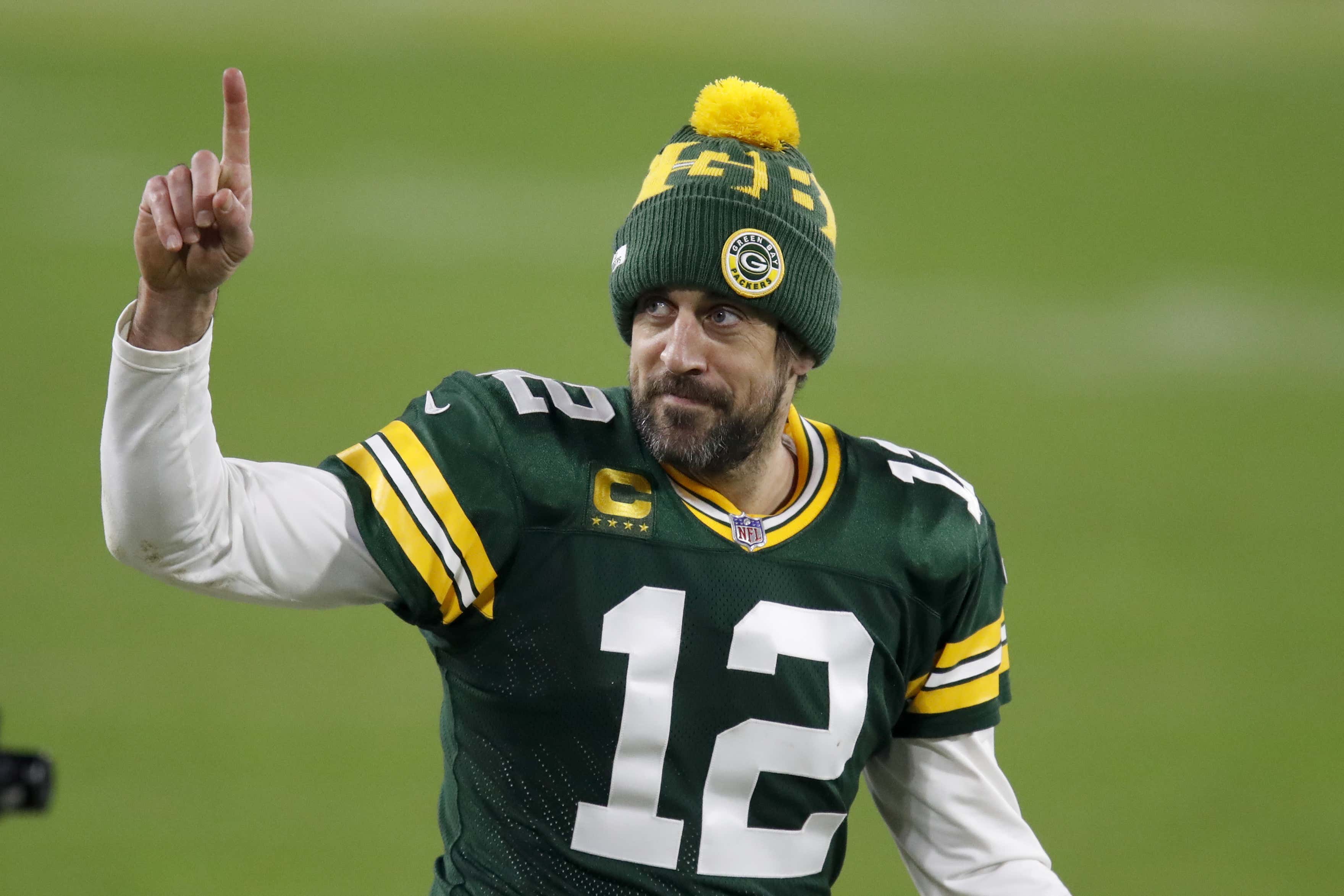 This season just feels different. Don't get me wrong, it felt different last season, but that was partly because Mike McCarthy's negativity was visibly absent from the locker room and for the first time in a bit, players seemed to genuinely care about each other. However, it was also Matt LaFleur's first year as head coach (sup back-to-back NFC Championship games) and wide receivers were either injured or non-existent basically the entire season so everything fell on Aaron, both Rodgers and Jones.

Not this year. Davante Adams is back. The backfield has been extended. The offensive line is doing their job. And while the whole wide receiver thing is still a little fuzzy (maybe more than a little), guys like Robert Tonyan have stepped up and given Rodgers a much-needed target. (source: The Players' Tribune)

"Every single day I’ve been a Packer, Aaron has pushed me and helped me get better. And as a result a good friendship has developed that I think is paying dividends on the field. You go the extra mile for the people you truly care about, and that’s what it’s become with Aaron and me, for sure.

And, honestly, the more I think about it, it’s like that with literally everyone on this team right now. The support and trust and love we show for one another really is off the charts. We’re all on the same page. And that’s one of the things that I believe makes this team truly special and ready for these playoffs."

Yup. That's exactly what this team is: special.

Davante Adams is out here playing disgustingly beautiful ball. The separation, the movement, the confidence, well it's enough to make Jalen Ramsey cry.

And then cry some more.

But Adams wasn't the only one worth crying about.

Aaron Rodgers also psyched out the #1 defense I heard about alllllll week.

Damn. Poor Floyd. I don't know how you come back from that. Like ever. Forget about his career, I hope he's married to someone who is hopelessly devoted to him because that fake is going to haunt him for the rest of his days and he's going to need someone to help him overcome this embarrassing disgrace by reminding him he is more than the fool Rodgers made him out to be.

In fact, all of the Rams defense might need some emotional assistance after this run.

Unfortunately, the glory plays didn't continue forever and the offense hit a bit of bump in the third quarter. And after a second failed 2-point conversion, a massive drop, and one bad throw, the window was open for the Rams to wake the fuck up and get in the game… which is exactly what they did. Credit to Jared Goff, though, that broken thumb might be the best thing that's ever happened to him because it led to the glove, which then led to his pat-on-the-back performance tonight and before you knew it, the Rams were within 7.

I would be lying if I said I didn't get a tiny bit uncomfy at this point.

Moments later, AJ Dillon fumbled the ball, and while it was only for a ground for maybe half a second before Rodgers picked it up, I swear to God my heart stopped. It felt like an eternity. And watching Dillion walk off the field with the help of multiple people, well that didn't make things any better. But then, just like he always does, MVS showed up when you didn't think he would but really needed him to and reached for the third down to keep the drive moving with 8 mins left in the game.

And all of a sudden…

ALLEN LAZARD you beautiful, perfect son of bitch, THANK YOU! Any mistakes that happened earlier in the game are irrelevant and long forgotten; this play will be the only play anyone will remember from you and what a hell of a play it was! Not only did it put Green Bay up by 2 tds, but it swung the momentum that was maybe leaning a little bit towards LA right back to the Pack and on the next drive, the defense stepped up and wrapped up Goff for the fourth time on 4th and 14.

And just like that, Aaron Rodgers will finally get what he's been waiting for and deserves: an NFC Championship Game at Lambeau Field.