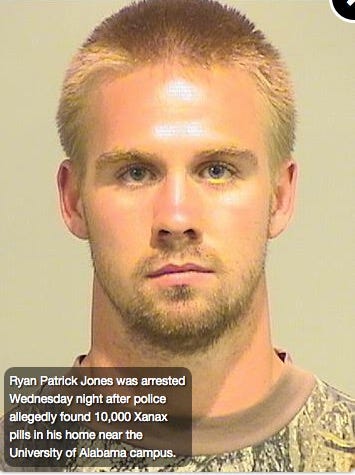 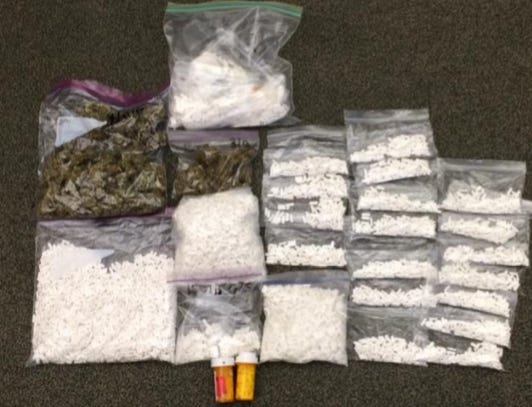 Jones was arrested at a home on Meador Drive, very near to the University of Alabama campus, where agents found more than 10,000 Xanax pills and 141 grams of marijuana.

Blankley said officers estimate the street value of the drugs is more than $75,000.

Jones was charged with possession of a controlled substance, first-degree possession of marijuana and selling drugs near a school.

He was placed in the Tuscaloosa County Jail, where his bond was set at $35,000.

About to be a wholleeeeee lot of ‘Bama students freaking the fuck out in Tuscaloosa come next semester – hope you’re happy West Alabama PD! Thought your whole thing was “protect and serve?” Can someone please explain to me how wiping out an entire university’s underground anti-anxiety and panic attack prevention source is protecting and serving anyone? College is stressful as hell dude. Grades. Exams. Girls. Trying to pick a major. Trying to figure out what career path to follow. And to top it all off, we’re talking about Alabama here, so add to all that a team in transition coming off a disappointing couple of seasons and uncertainty at the QB position. You’d be eating xannys like candy too. And a season opener a couple months away against Wiscosin at Cowboys Stadium??? Jesus. Pray for anxiety levels at Alabama.