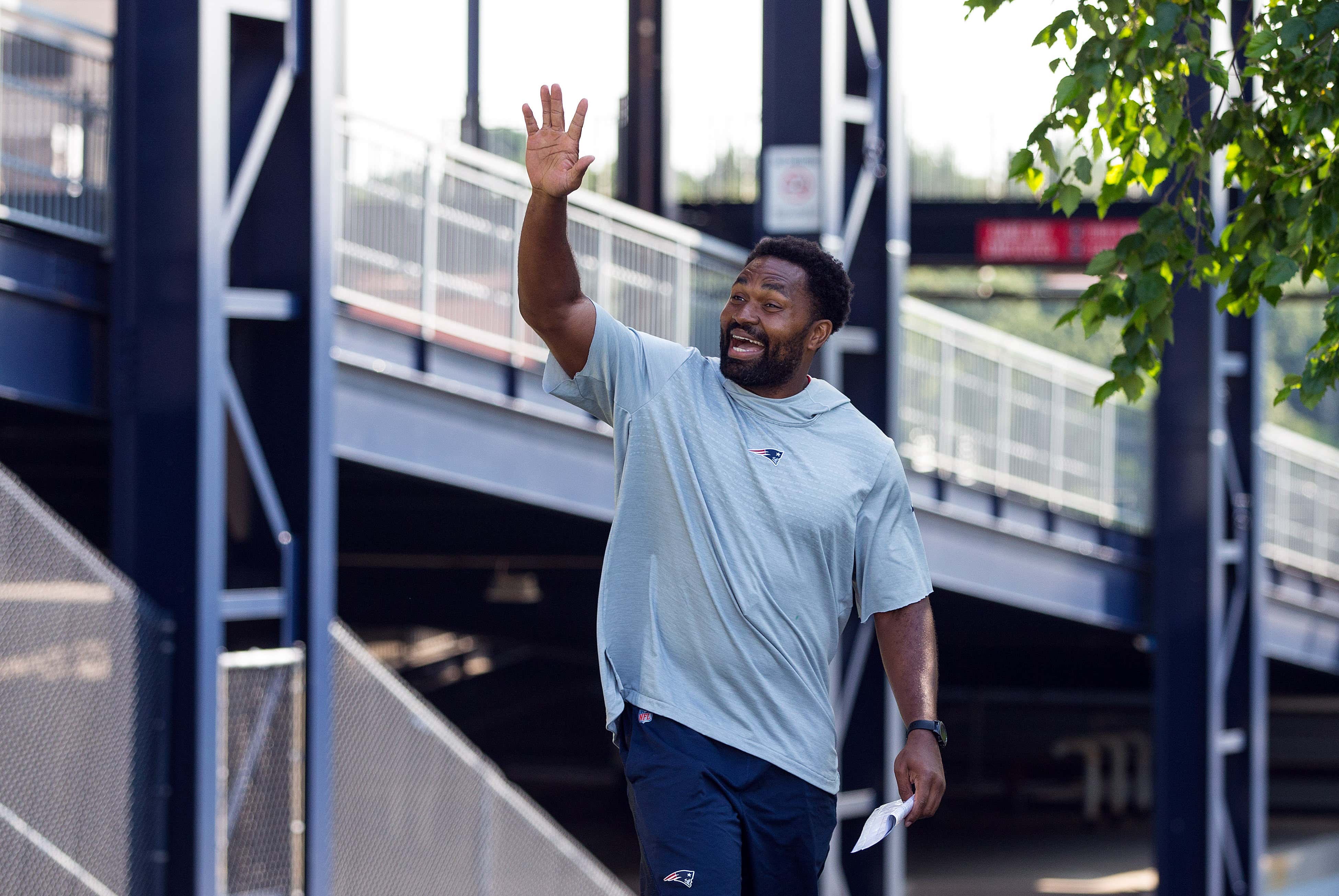 Patriots assistant Jerod Mayo reportedly had an interview for the head coaching job with the Philadelphia Eagles. You might think it's a bit premature for a guy who's never technically been a coordinator before to have the first interview of his career be for a head job. Particularly when his official title has been inside linebackers coach, which on the Patriots this season means he's been in charge of pretty much Ju'Whaun Bentley, Anfernee Jennings and maybe whichever safety was dropped down to play in the middle (mostly Adrian Phillips and Kyle Dugger). And that might be especially true given his age. But here's an interesting take on that:

ESPN -There is a pattern developing in the Philadelphia Eagles' coaching search now that it's in full swing following Monday's firing of Doug Pederson: almost all the candidates they're being tied to are young. Carolina Panthers offensive coordinator Joe Brady is 31. Dallas Cowboys O-coordinator Kellen Moore is 32. (As one Eagles devotee pointed out on social media, both are younger than 33-year-old center Jason Kelce.) New England Patriots inside linebackers coach Jerod Mayo is 34. The list goes on.

More to the point, and I'll gladly disclose my pro-Mayo bias here, he's the best candidate of all these other names. Not in spite of the fact he has less experience on the sidelines than any of them, but because of it.

There exists a weird anti-former player prejudice among coaching candidates. It's been particularly true in New England, where for about a decade the only guy on Bill Belichick's staff who had any experience playing in the NFL was Pepper Johnson. And the staff was loaded with prep school guys who'd worked their way up from coaching assistants to the top of rows of the corporate flow chart.

Now by no means am I arguing that only guys who played the game at the pro level are qualified. Not at all. My point is that it shouldn't disqualify them. Though weirdly and counter-intuitively, it often does. Take Mayo. Someone involved in the Eagles coaching search is no doubt going to argue that he's only had a few years of experience in coaching. Which is technically true. But it will ignore what he was doing prior to that time. It's not like he was on a Walkabout in Australia or touring with Lenny Kravitz. He was sort of keeping busy by actually playing. And, in his case, being a coach on the field in every sense of the world. Don't take my word for it. Check the Patriots official website: 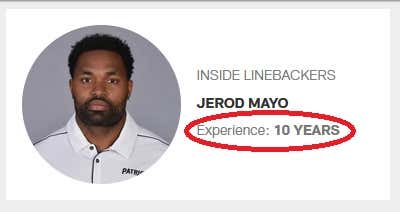 Which would put the start of his coaching career (in the franchise's way of thinking anyway) at his third year in the league. Or pretty much where he took a leadership role after they got rid of malcontents like Adalius Thomas on that barely likeable 2009 team. And virtually all of his former defensive teammates would agree. Duron Harmon, for one:

As Philly Voice puts it in their Head Coaching Search Tracker:

As a coach, Mayo only has two years of experience. His official title was "inside linebackers coach," which doesn't sound like much, but his role was bigger than that title would indicate. The Patriots don't have an official "defensive coordinator" on their staff. Mayo and outside linebackers coach Steve Belichick served as something of the top two defensive assistants under Bill Belichick. It should also be noted that Brian Flores was "only" the Patriots' linebackers coach when the Miami Dolphins hired him to be their head coach in 2019.

Mayo was thought of as a fierce leader and highly intelligent player on the field in his playing days, and at just 34 years of age, he is clearly thought of as a young riser as an NFL coach. Still, it's probably too soon for Mayo to make a huge leap to head coach at such a young age, and with only two years of coaching experience.

Again, I agree with everything except that last part. With or without an extensive coaching resume, with or without a defensive coordinator's title, Mayo is ready to be a head coach. This is his first interview (I have it on good authority that he was hired over the phone by Belichick while on vacation. There was hiring no process. Or probably even a request. He was simply given the job), so there's no telling how it went. Maybe he could use practice; these things can be awkward and not for everyone. All I can be 100% sure of is that Mayo will be a head coach sooner or later. And if the Eagles make him theirs for 2021, it'll be the first correct move they've made since winning Super Bowl LII.