That video basically tells you all you need to know about Melo. Dresses like an asshole, coasts with effort most of the way, stops competing before he is supposed to, and falls short of his goal. Can you sustain for me just once, bro? If you can’t win a ring for the Knicks, at least set some ridiculous record at an event designed to up your appeal to a younger generation so you can sling ugly hats and whatever other businesses you are invested in. Carmelo Anthony, awful high fiver AKA officially the worst teammate ever.

And while I hate to nitpick a children’s awards show, those are low fives.  It has to be nipple-level or higher to be considered a high five.  Read a rule book for me one time, Nickelodeon.  I thought getting called out by a women’s tennis player was rock bottom.  Nope.  Failing at the Kids’ Choice Sports Awards is rock bottom.

And if you showed me a picture of this kid and asked me what was his job, one of my top 3 guesses would be “Clipboard holding nerd for the Guinness Book of World Records” 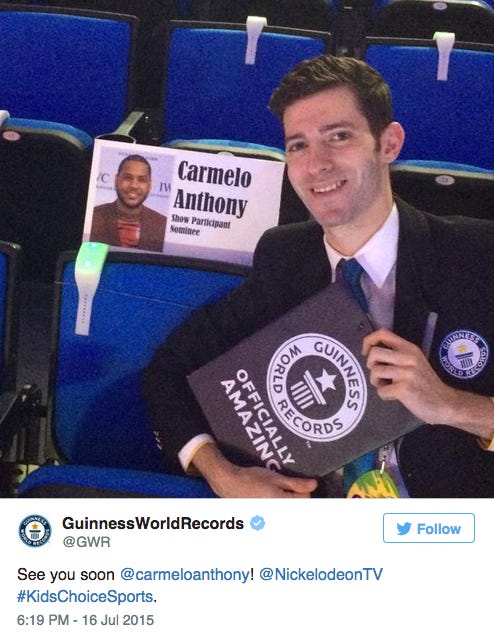 Meanwhile, Derek Jeter ended the show by winning the Legend award and making the carnal fantasy of every Yankees fan on the planet come true by getting douched in gold slime (which I didn’t even know was a thing). Just another example of who is a winner and who is a loser in New York.

Also the grown man watching/blogging about the Kids’ Choice Sports Awards can be added to the list of losers as well.  I can fully admit that.  Even if I just waited around to see if any of the best athletes on the planet could conquer the most impossible feat in sports history:  Finding the flag in the Double Dare nose.  But there was no sign of the Double Dare obstacle course or the Guts Agro Crag all night.  D+ grade for the show. 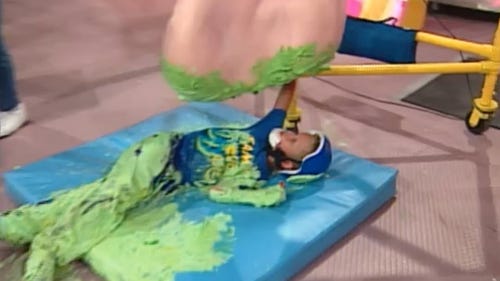 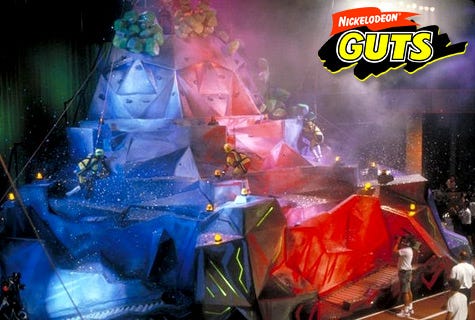