Step aside James Harden, we found a new fat guy taking over the sports world. Meet Gauthier Mvumbi and according to my research he's the greatest handball player in the world. By that I mean he's a gigantic human that plays for the DR Congo in their first ever appearance in the World Handball Championships. Do you think I give a shit they lost to Argentina in the first game? Nope. Look at him! 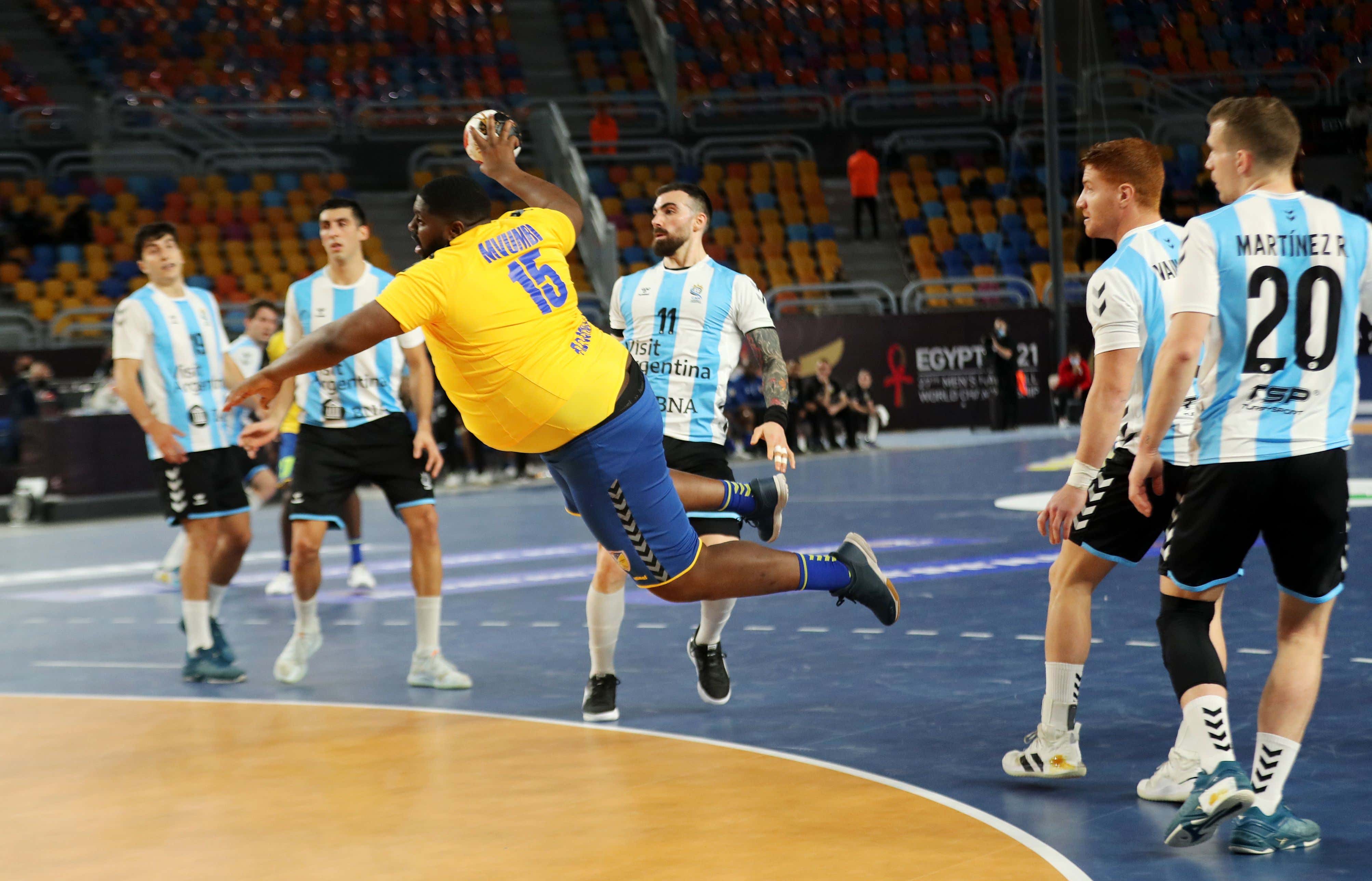 Nice little 4 goal showing for our guy, but he's electric. Not to mention team handball is legit awesome. It was the best intramural sport to play in college and we need it to start becoming a thing in the US. A nice little mix of basketball and soccer. Sign me the fuck up. It's legit one of the best sports to watch during the Olympics too. Action always going on, a bunch of scoring and now we have a legend playing it. Forget getting our best athletes like LeBron and Chris Paul and Westbrook and Mahomes playing this. Give me the Chiefs offensive line. If this guy can score 4 goals in a game, surely someone like Aaron Donald can get 8.

I have no idea if El Gigante is his nickname, but it is now. That's a top-1 nickname. It's up there with the Fridge, the Big Unit, Sweetness and all the other greats. El Gigante is so perfect that I want him to legally change his name to that or just go by it like a Brazilian soccer player going by one name. Don't want, I need his DR Congo handball jersey. Don't think they sell them, but they should.

Next game is Sunday against Denmark. Choo Choo! Get the fuck out of El Gigante's way. We're going for 5 goals.