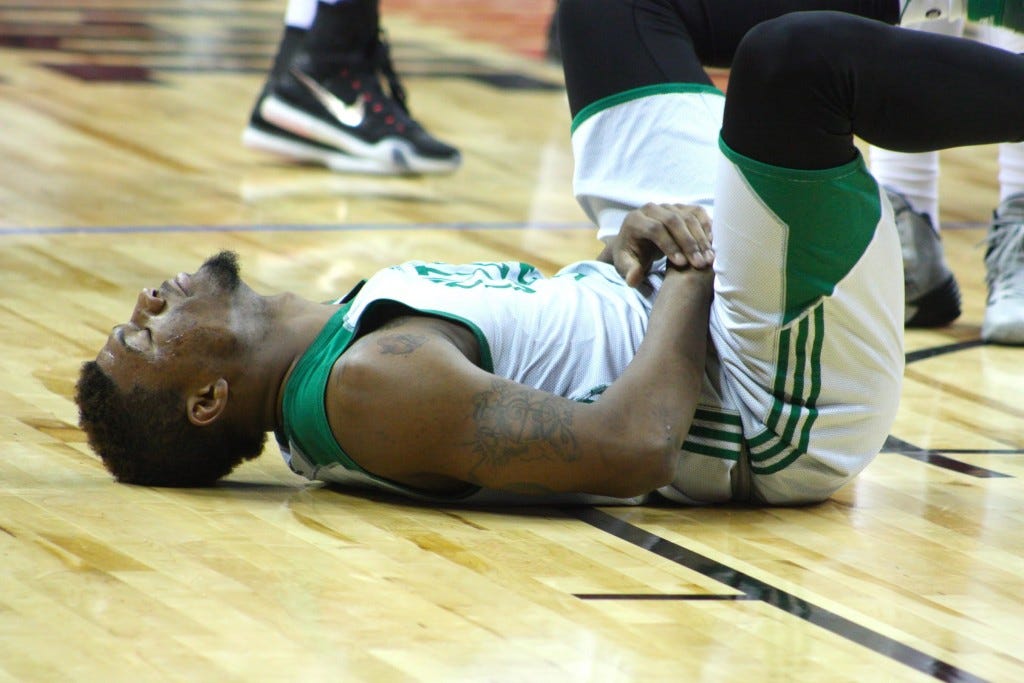 God fucking dammit. By now you’ve heard what happened. We’ll get to Marcus in a minute, but first let’s recap our first taste of postseason basketball.

After earning a first round bye, the Celts were back at it on Thursday night facing Portland in the Vegas Summer league tournament. Having not lost yet on this trip, things were looking pretty great heading into this matchup. Hype machine James Young was back in the lineup after his little hip injury, the team was coming off its best win of the summer, things couldn’t have been better.  Things would eventually take a drastic turn, but let’s not get ahead of ourselves.

All throughout the day Thursday, if you were paying attention you saw more and more tweets in regards to Jordan Mickey’s contract. As a second round pick he is in an interesting position. Would he sign that one year tender so he can bet on himself and reach RFA next season? Obviously the risk there is no money is guaranteed, but the way he has been playing this summer, maybe that is the smartest bet. After finishing with 13/11, he now has four straight double digit rebounding games, and a double-double in three out of the four. He has been without a doubt the biggest surprise at the Vegas league, and no question has earned a spot on this roster, even as a 2nd round pick. I’ve said it in previous blogs and I’ll say it again. I was wrong to freak out initially when he was drafted, dude is legit and is showing why.

Not to be overlooked, Terry “get on my back” Rozier had another solid bounce back game, and really was our savior last night. Once Smart went out, he stepped up with a big time performance in a big time spot.

Much like Mickey, it’s hard to not get excited about this guy. Yes, take everything all these kids have done with a gigantic grain of salt, but his ability to get into the paint with that ridiculous cross over should translate into the regular season.

It wasn’t all roses though. RJ Hunter’s shot struggled (1-8) but he did have 4 assists. James Young is really testing our patience if you ask me. All this muscle he put on really is making no difference because mentally he is still playing soft. No one is more on the #FreeJamesYoung side than me, but we all should maybe quiet down on the hype until we actually see something of value. I also haven’t talked too much about CJ Fair, well because there is nothing to really say. He did his a couple threes in the blowout in Miami, but to me he has played hero ball all summer. His shooting as been poor, and really aside from that Melo/Warrick Syracuse team, who was the last decent player to come out of that program? I wouldn’t miss him even if he doesn’t stick around in Maine.

Now, let’s talk about Marcus. I think it is safe to say I am not alone in my reaction when he first got hurt last night. They said you could hear his screams all the way at New York New York and I don’t doubt it as I’m sure my neighbors heard mine. Now he is one to overreact a bit, I was at the Garden when he SPRAINED his ankle and had to be carted off, but this is NOT what you want to see happen to your starting PG who has been playing fantastic basketball. Fortunately despite this picture (NSFL) 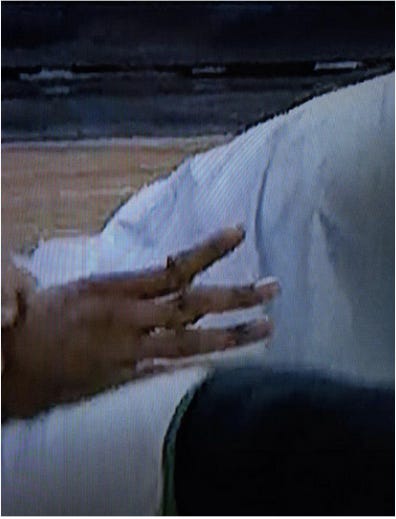 all reports have come back that his fingers are simply dislocated. Nothing is broken and I am not sure I understand how that’s possible. When it first happened we had no idea, worst case maybe he broke his wrist, but 3-6 weeks recovery is something I can live with. 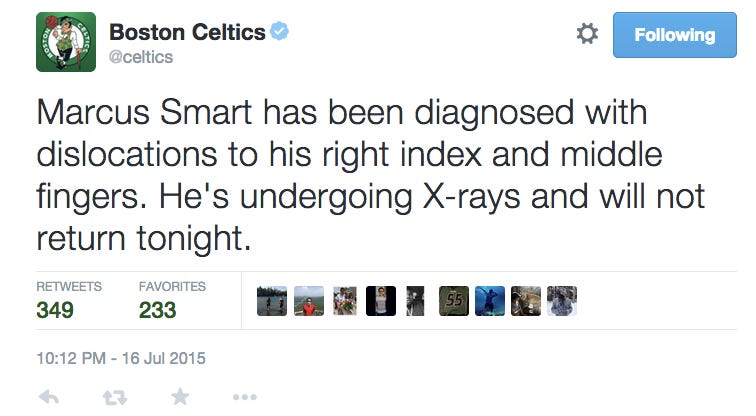 At the end of the day our pursuit for a Summer League title is still alive, we survive and advance. Next up we get the Spurs, which will probably be a Finals preview only without any of the actual players, on Saturday afternoon.