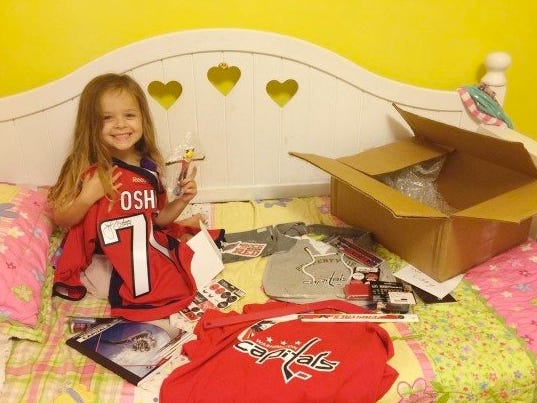 NHL - Looks like T.J. Oshie has convinced one young fan to root for the Washington Capitals. When Oshie was traded by the St. Louis Blues on July 2, 5-year old Libby Lu was not happy. A video of her crying, saying “T.J. Oshie left the team!” went viral, with more than 300,000 views on YouTube. Libby told her mother she couldn’t root for Oshie anymore because he was on another team. Oshie on Wednesday sent Libby a signed No. 77 Capitals jersey along with a Slapshot figurine, mini sticks and a helmet, the Washington Post said. 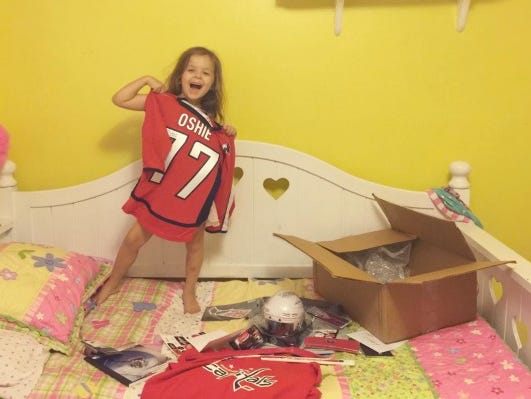 The American Hero is already winning over DC and hasn’t even laced up a skate yet. First he chatted with her on TV and invited her to his house, and now he did this. What an awesome guy. Great gesture by the new Cap to send little Libby Lu a care package with a jersey and some other stuff. That’s the DC difference right there.

PS: Less than 3 months til the season starts. So close! Right? Righttttt? If you can’t say less than 3 months is close when we’ve gone the last 4 days without a single sporting game, you need to look at the glass more half full. Slowest week ever. Just give us some sort of sport to watch. Pro Beach Hockey. Bring it back.