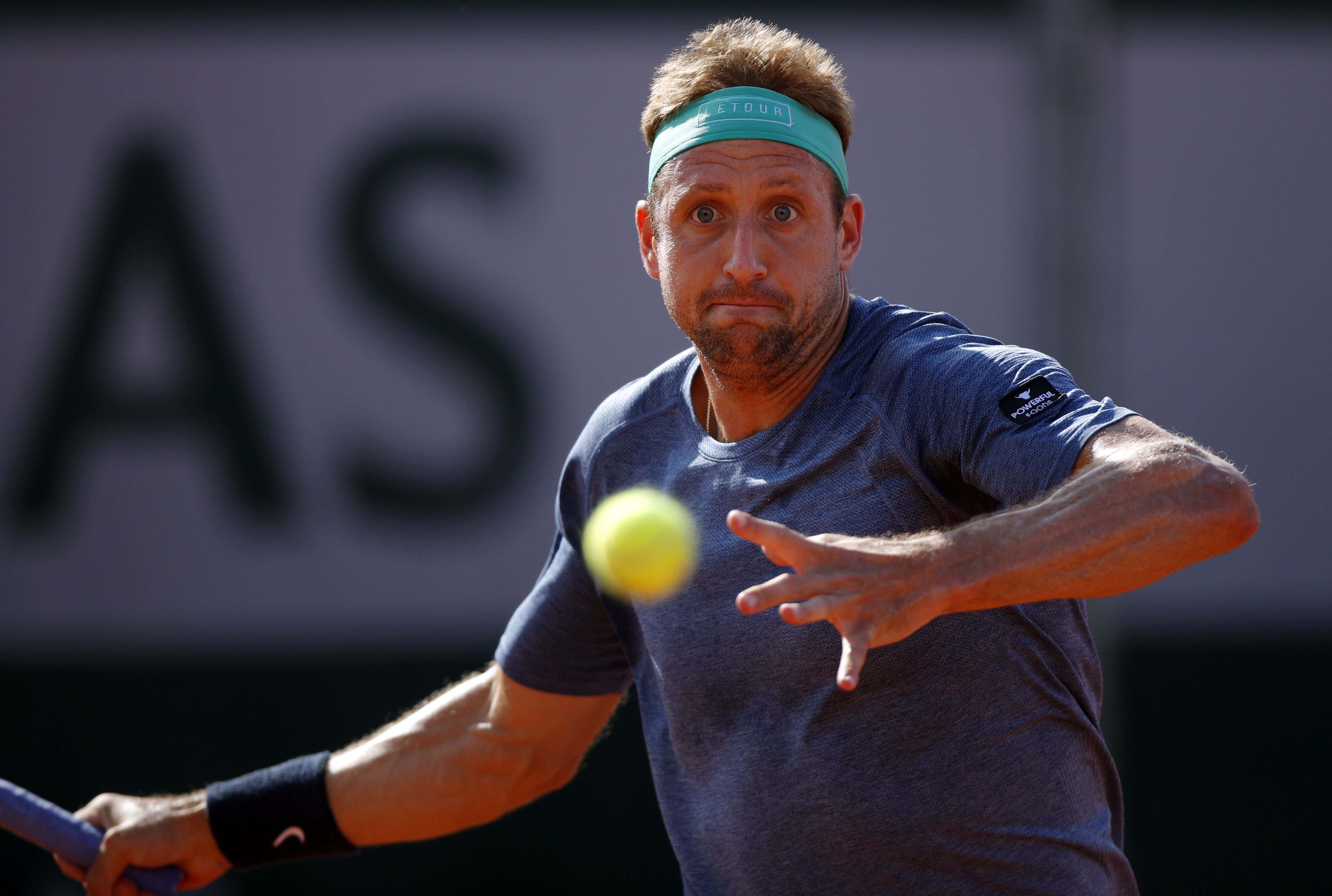 We're about three weeks from the Aussie Open kicking off in Melbourne, Australia and players beginning to make the trek over to the world down under. Australia has done one helluva job containing the virus and has rendered it essentially non-existent. You will not find a country in the world who treated this virus more serious than the Aussies. I believe the other day there was one singular positive test in a city and everything proceeded to shutdown for 3 days. I've seen videos of people walking around mask-less, enjoying life at bars and other everyday places and gotten pretty fucking jealous myself. It's not because they're reckless, it's because the virus is just not a thing there!

As you can imagine having the Australian Open in early February is going to cause some panic amongst people who live there. You handle your shit the right way and here comes roughly 1,200 people to potentially set everything back if something goes wrong. There's also the political side of things where Australian citizens have been stranded overseas without a way to get back for months. While those people are restricted you've got a major tennis tournament about to take place.

Yesterday, as various players began their journey to Australia, an American by the name of Tennys Sandgren, yes a tennis player named Tennys born and raised in Tennessee, tested positive for the virus before boarding his plane. Back story here is that Sandgren had the virus back in November and claims he's totally recovered by now, symptom free without any risk of being infectious.

After some confusion, Tennys was in fact allowed on the plane to Australia as he made his way to the Open. Turns out this is a case of Sandgren "shedding" the virus while still triggering a positive test despite being non-infectious and symptom free. Confusing shit no doubt especially when you hear news of popular names Andy Murray and Madison Keys testing positive and not being able to travel this week. 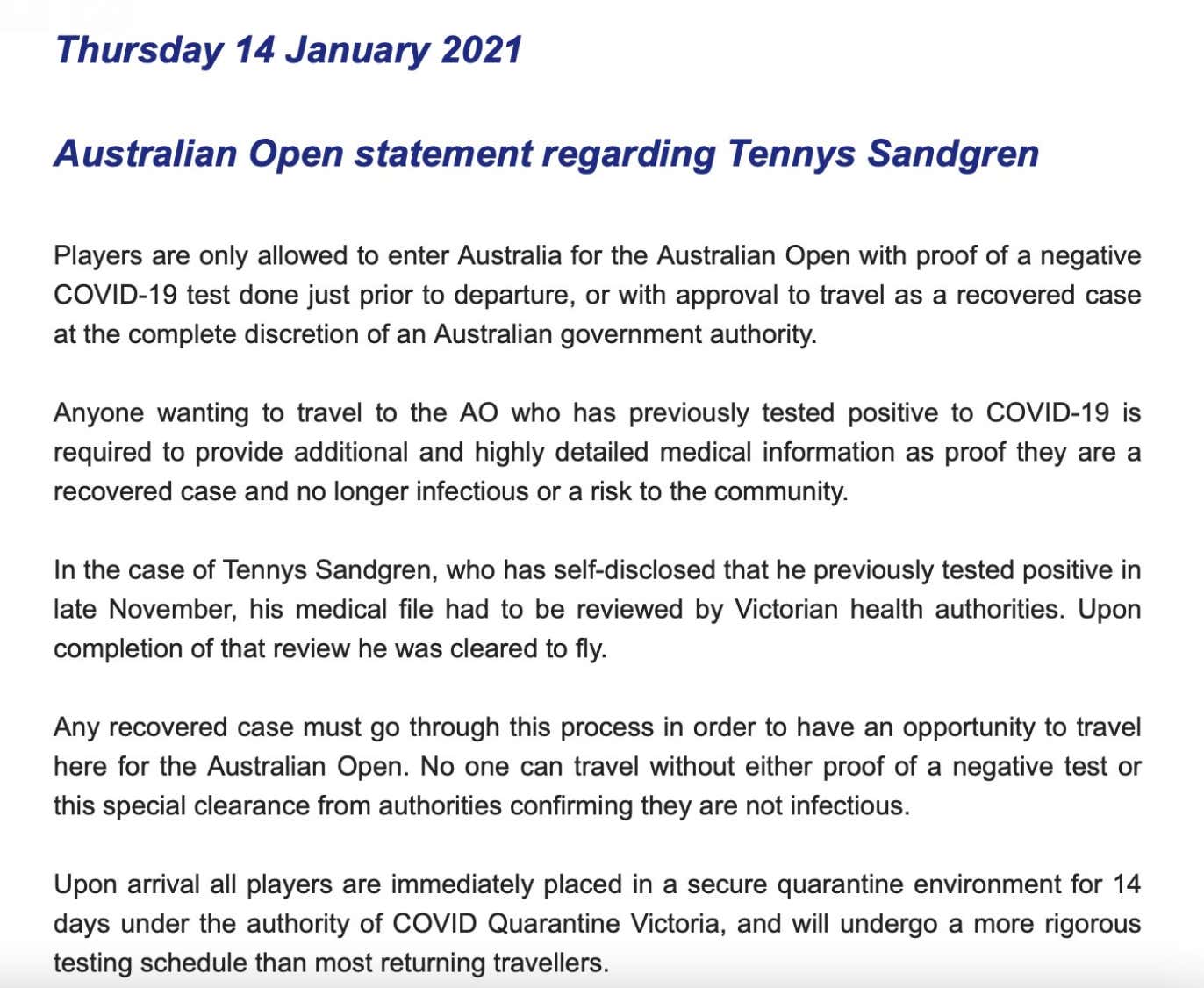 All and all it seems like Sandgren is in the clear and not infectious, causing no threat. That's certainly not stopping Australian citizens from losing their minds over this. Tennys was trending on Australian Twitter last night with people of the country all bent out of shape. Here are a few of the many twitters on the Twitter machine.

It's one thing to have all these foreigners coming over, but to have a dude who tested positive before boarding a plane…that's not ideal. It's just the worst optics ever. Hopefully they were able to accurately assess him as non-infectious and nothing comes of this. I have a bad feeling something is going to go wrong in the next month, just saying from Tennys, but from 1,200 people traveling across the world to a place that has been near perfect in handling covid.