It's time for another Table Tennis Tripleheader starting today at 2 pm. Today, we have two matches where the opponents are facing off for the first time in the Triple S, and another where there has been a one-sided rivalry up to this point. More importantly, we also have a Progressive Jackpot that is up to $3,500, and you can be the one claiming that prize this afternoon. Let's introduce you to today's lineup:

Remember to make your picks to get in on the Progressive Jackpot sweepstakes. $3,500 is yours if you can successfully go 6-for-6 on the Play Barstool app.

Storylines: Ben Mintz continues his search for his first Stool Streams victory today, as he is set to face off against PFT Commenter. PFT  has the second-best record in the office,  and all four wins have come against four different opponents. As for Ben, the biggest question here is how will PFT react to Ben's wild energy spark that we saw last week? Ben LOVES to play with some quick pace, so will PFT be ready for that?

Quotes to Remember: "I don’t want to know anything about Ben's game, the less I know, the better." - PFT

"I'm all about keeping people on their toes to make people adjust to me, as opposed to other way around." - Ben 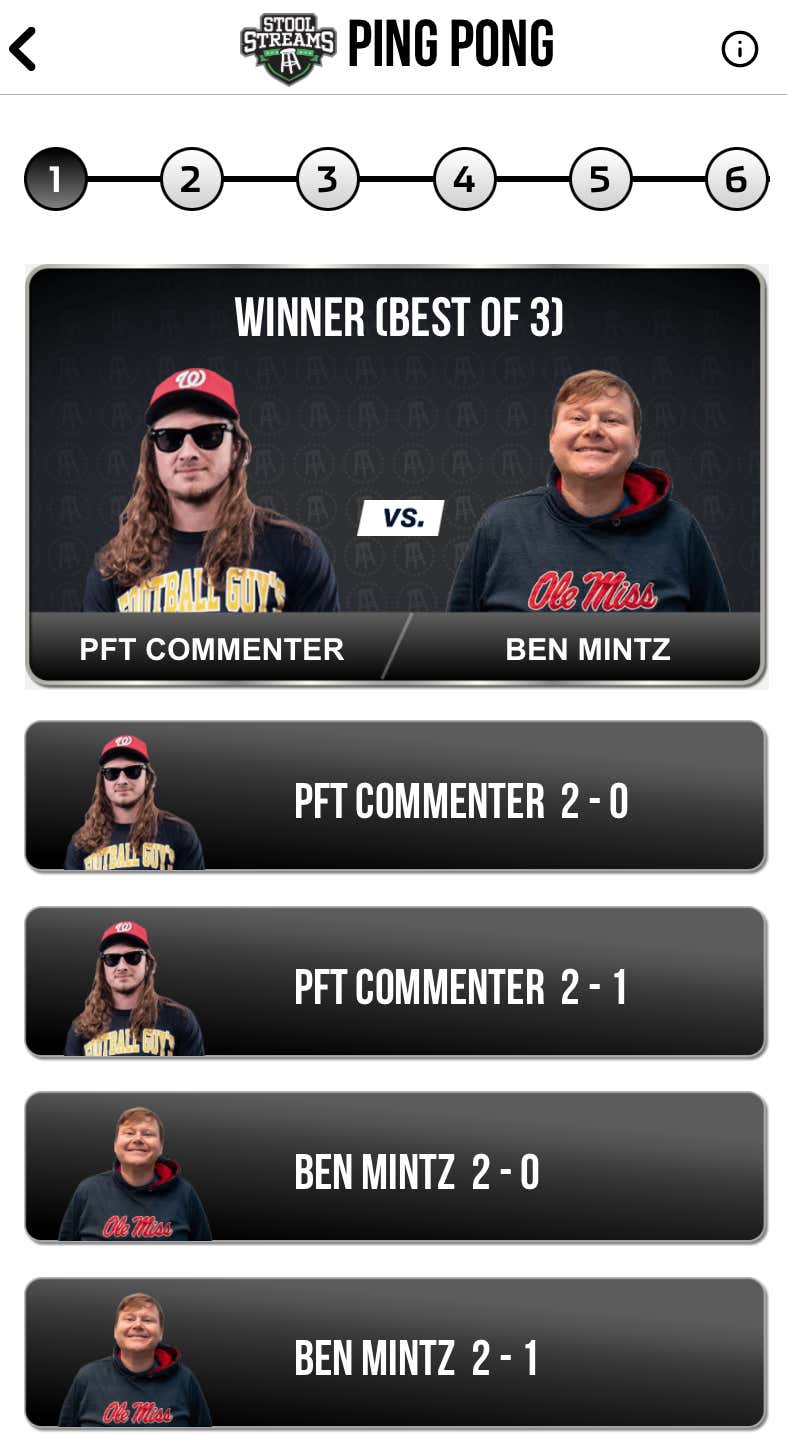 Storylines: This will be the first of two matches for the Stool Streams commissioner today. Hank does have a chance to get back to .500 in Stool Streams play with a sweep in both of his matches, but it will not be easy. First up: Hubbs, who is also eyeing his first win in inside the Triple S when it comes to table tennis.

Quotes to Remember: "Hubbs has a vicious backhand/forehand/hybrid, which is pretty much his only shot." - Hank

"Hank has put a lot of work in, plays after hours a lot, plays a lot, works hard, has good spin, but I'd like to think my record is good against him." - Hubbs 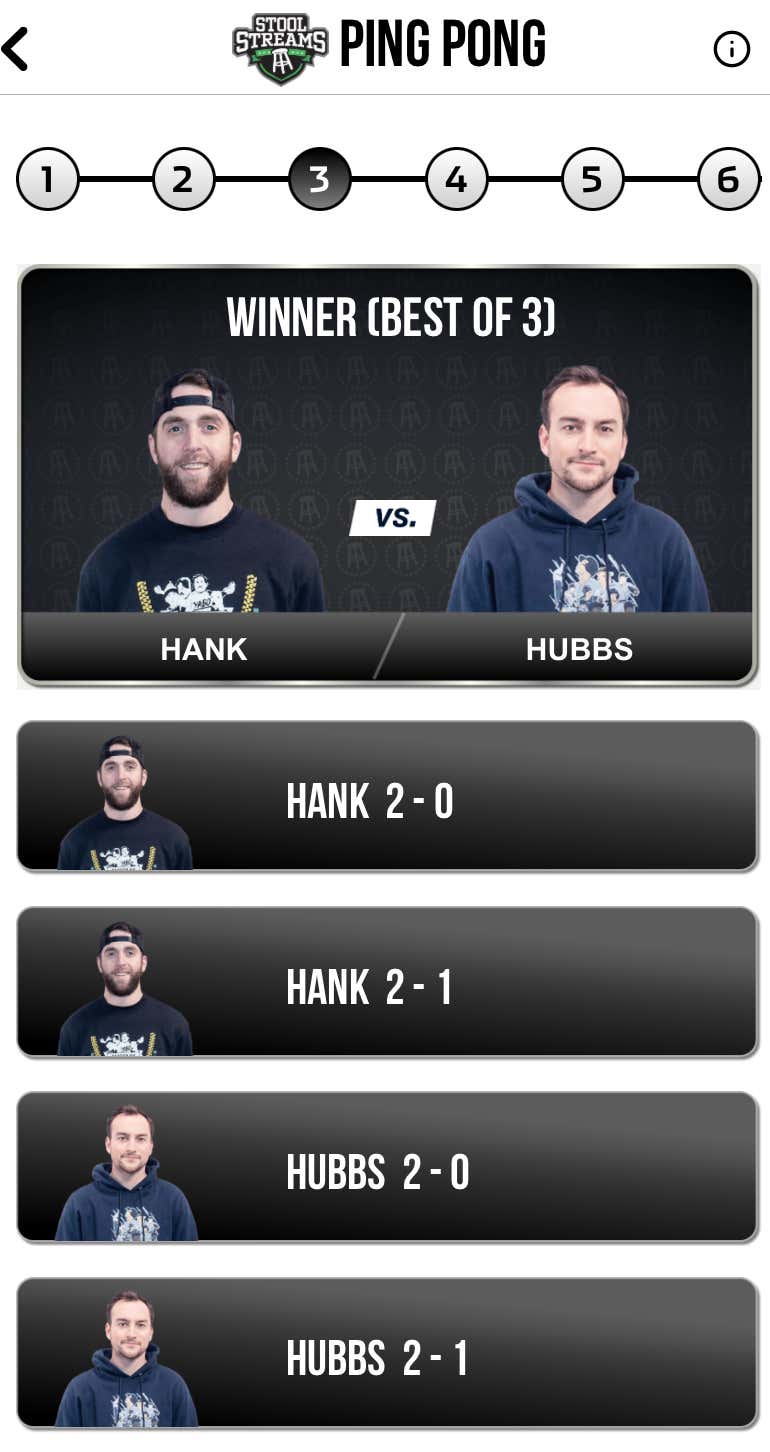 Storylines: Hank and I have met twice in. Stool Streams sanctioned matches, with me winning both of them. However, he is the only on to beat me in a game on camera. He knows my game better than anyone else in the office and has been waiting for the golden opportunity. to finally take. m down in a best-of-three series. Could that day be today? Potentially. But I will be ready to battle it out to close out the stream.

"Hank is one of, if not, my biggest threat to take me down, so I just have to remain locked in. I am very much looking forward to the match." - Jake 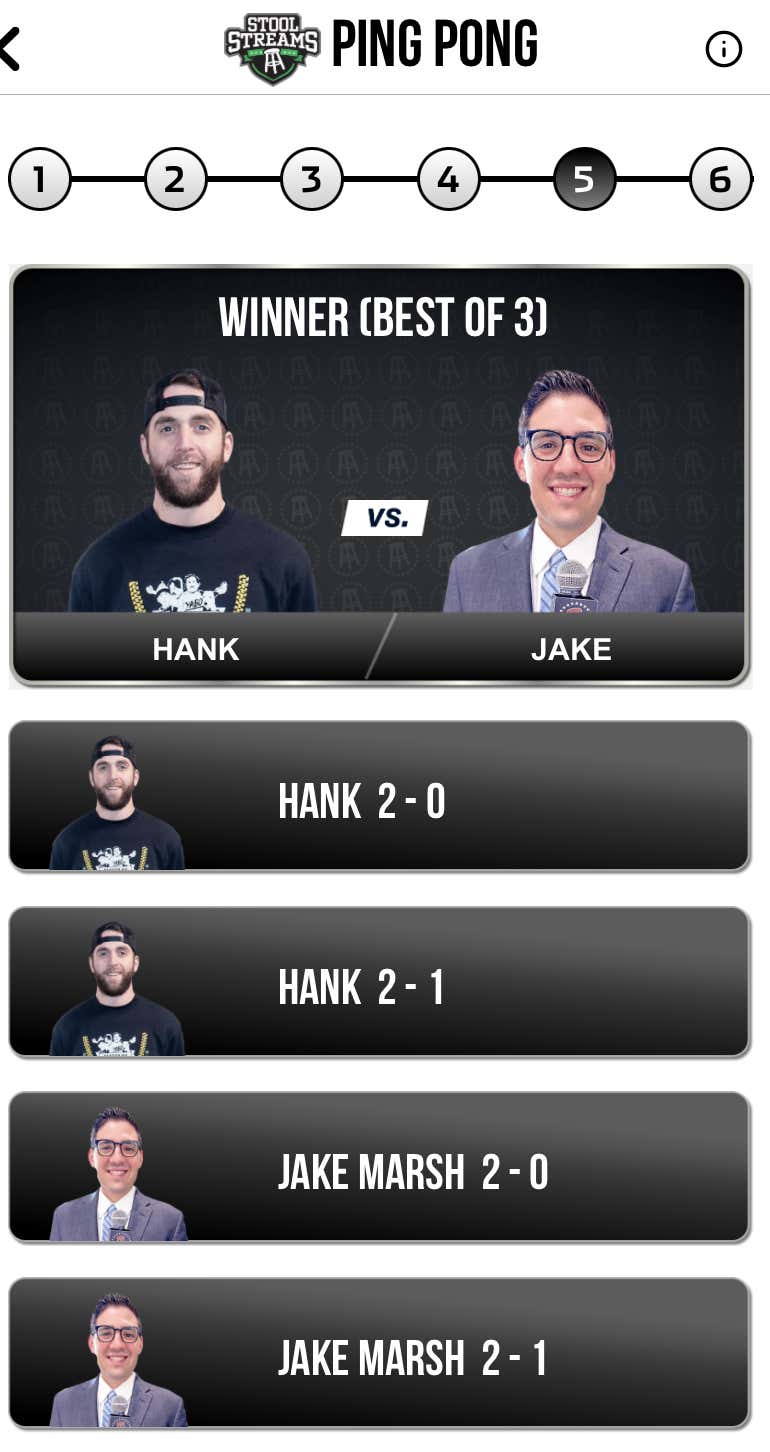 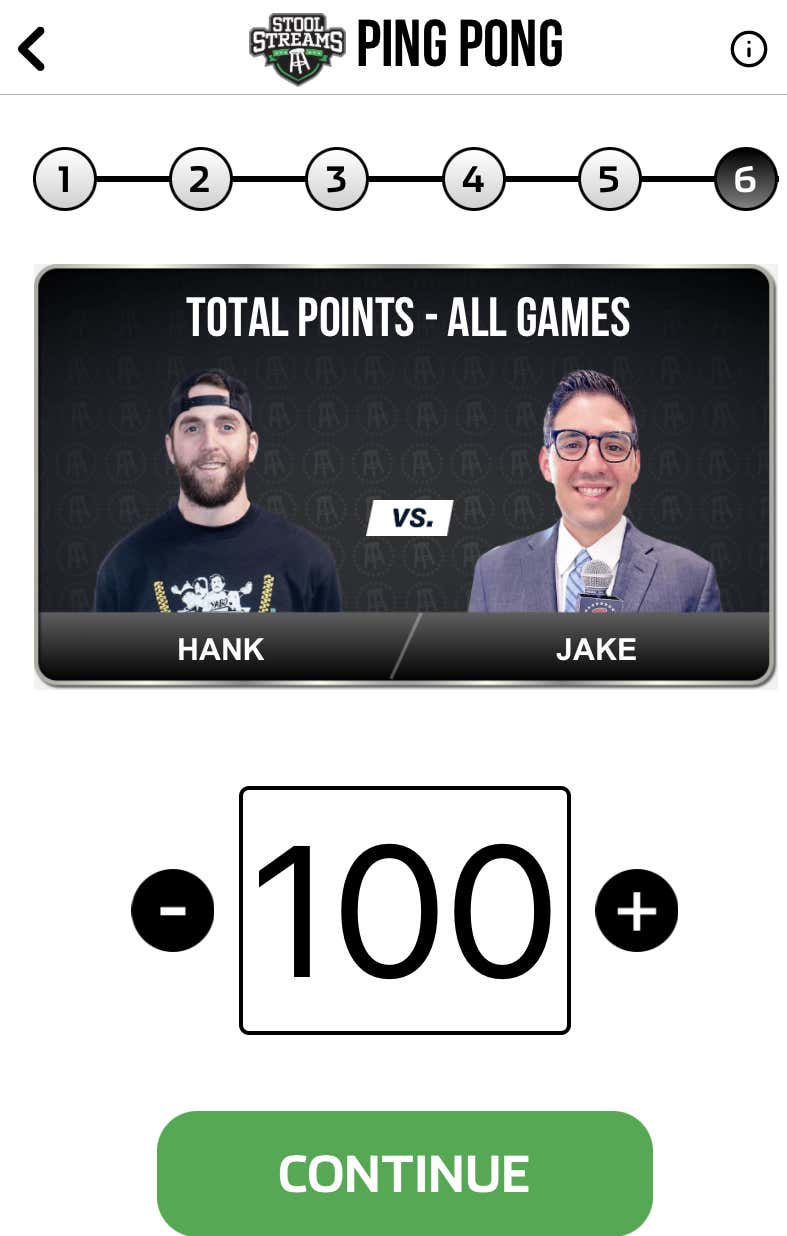 First serve is at 2 PM ET. Remember to make your picks and we will see you then.