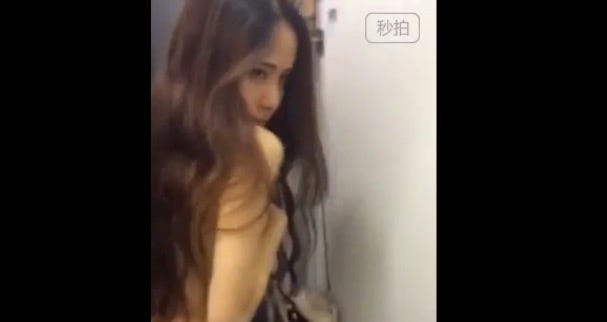 Beijing (CNN) – The “hottest” shopping destination in Beijing is putting one of the world’s most popular clothing chains in the hot seat.

In a viral smartphone video posted Tuesday, a young Chinese couple can be seen having passionate sex in what appears to be a Uniqlo store fitting room.

A bespectacled man, dressed in black from head to toe, is heard telling a naked woman to kiss him as he tapes their steamy session in the mirror.

“Call me husband” and “say we’ll be together” were a few of other phrases he uttered to her ear as piped music played in the background.

Then, toward the end of the video, another female voice — over an intercom:

“Dear customers, welcome to the Uniqlo store at Sanlitun. There are no fitting rooms on the first floor. Please proceed to the second and third floor if you need to try clothes on.”

The footage went viral overnight, attracting millions of views and thousands of comments. By midday Wednesday, however, most posts containing the clip had been taken down.

Beijing police announced online that they had received complaints about the video and would investigate the case.

Some Chinese Internet users speculated the footage was a marketing ploy by Uniqlo, prompting the Japan-based company to issue a statement denying any involvement.

“As a responsible international brand, Uniqlo is dedicated to providing consumers with safe, comfortable and quality shopping experiences and locations,” the company said. “We would like to remind all customers to abide by society’s moral standard… and properly and appropriately use our fitting rooms.”

“I never heard of Uniqlo before the clip,” said a university student, shopping for printed T-shirts who asked only to be identified by his last name Zhang.

“It’s definitely a marketing strategy,” said a 17-year-old wearing a red bandana around his head who asked only to be named as Mike.

I do have one issue with it though and that’s the guy filming it/doing the sex. “Call me husband” “Say we’ll be together”…bro you kidding me with that dirty talk? What is this a romance novel? Are you gently making love to your fiancee on a bed of rose petals during sunset on the Amalfi coast? No, you’re fucking this chick doggy in the fitting room of a discount clothing store surrounded by $9.99 T-shirts and AirIsm underwear. Act like it.