Last week The Baseball Writers of America reminded us once again why they are the most insufferable group of humans alive.

The simple solution would be to strip them of their power, which they never deserved in the first place, and give it to fellow players, or living HOF members. Done and done.

But that's not the purpose of this blog.

This blog is to touch on true Romeos, Lotharios, swordsmen or whatever you want to call them.

We have 3 of the greatest going into this Innaugural Class. 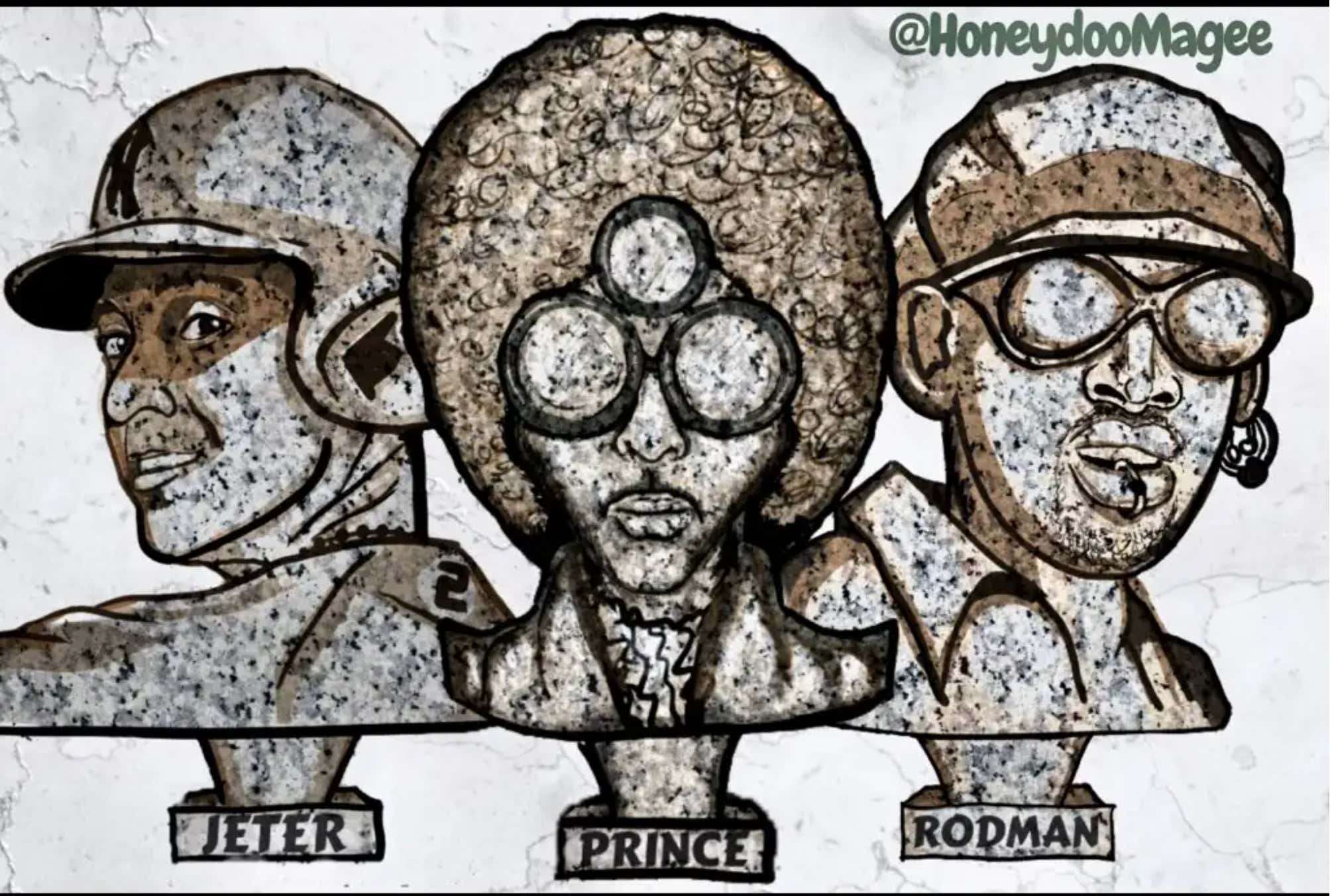 Back last April as we were treated to the Jordan documentary "The Last Dance" we explored Dennis Rodman's dating resume.

It was a tour de force in running game. It was a track record that history will look back upon and be in awe of, generations from now.

It also sparked a heated conversation about how his resume stacked up against others. Which lead to the idea of implementing an official "Cocksman Hall Of Fame".

We aren't sure on where we will house this hallowed hall just yet (open to suggestions), but the committee has concluded their voting and we are proud to announce the inaugural class. 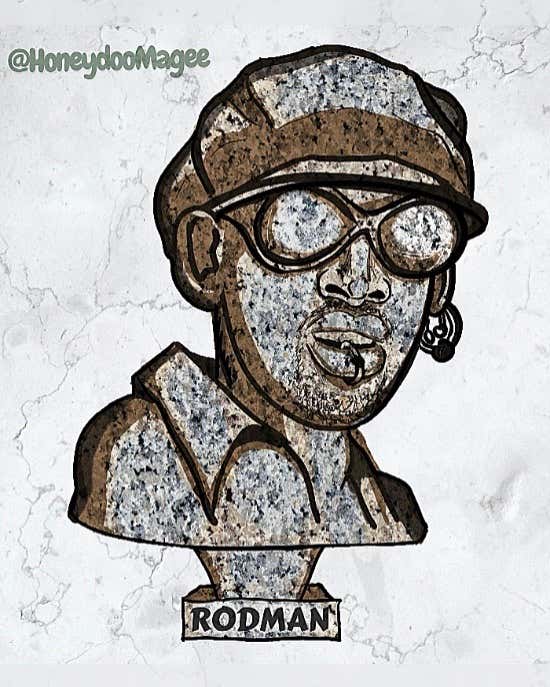 As noted, "The Worm" put up staggering numbers in terms of not just quantity, but quality, pretty much from the minute he became a household name until the wheels fell off.

Let's break it down-

Jeannie did her thing back in the day before Phil. Some would say she got around.

She was allegedly into guys that played for her dad's team and opposing ones. (Rumors around the league were Lakers Magic and Jamaal "Silk" Wilkes to name a few)

Then came her on again off again public fling with Rodman, while he played with Detroit, which was out in the open for everybody to know about.

and still is a very attractive, powerful woman.

She also posed for Playboy.

From there Dennis moved onto Annie Bakes.

They had a daughter named Alexis.

Annie wasn't famous and they were together before the internet so there are no pictures of this lady anywhere. Trust me, I spent far more time than I care to admit searching.

After Dennis' first divorce he moved onto Madonna.

Madonna sucks. She used to make good music and people used to think she was hot back in the day.

She was also into some kinky, kinky, shit. Including water sports.

She also tried to pay Rodman $20 million to knock her up according to The Worm.

“She wanted to get pregnant really bad,” he wrote in Bad As I Wanna Be. “She would send me faxes that said, ‘I really want to be with you, I miss you.’

Speaking candidly to The Breakfast Club, Rodman says he dated Madonna in the early '90s, when, by his assessment, his star was rising and hers was "slipping." One day, while he was gambling in a Las Vegas casino, the pit boss told him he had a call from Madonna, who rang from New York City to tell him that she was ovulating.

"I said ovulating? What is that? I was trying to f--k with her," he joked.

Rodman said he jumped on a G5 plane that she sent, tended to Madonna's ovum, and flew back to the casino, which held his table for him.

"When you have money, they do that," he explained.

He also let slip that she offered him a tidy sum to knock her up: "She asked me that if I got her pregnant she'd pay me $20 million." He ominously added that the baby "would have to be born" in order to get the pay day.

She also put a huge book out that was just pictures of herself naked titled "Sex".

After Madonna, The Worm found himself a nice fitness/bikini competitor named Stacy Yarbrough.

This was the look in the 90s. Teased big hair (ala Kelly Kapowski) and high waisted bikini's.

Dennis and Stacy had a year-long relationship through 1997 before he started banging Vivica A. Fox.

People forget, back in the day, before she became seriously crazy, Vivica A. Fox was a dime.

(There was also another story involving urine between Rodman and her)

After Dennis' fling with Vivica A. Fox he reached the summit with Carmen Electra.

Carmen and Dennis burned it down. Hot and heavy for two years they were the "it" couple. The paparazzi loved them.

Carmen was a household name thanks to MTV's Singled Out

After dating for 9 months Dennis and Carmen would wed in November of '98 at Las Vegas’s famous Little Chapel of the Flowers at 7am after an all-night bender. 9 days later the media reported they were having it annulled, but the couple proved the haters wrong and held strong until March of 1999 when they were officially divorced.

Rodman's been very public about his sex life with Carmen, including how they used to have sex in every possible place of the Bulls practice facility the Berto Center.

“In the training room, the weight room, this, that,” he wrote in I Should Be Dead By Now. “We did everything under the sun at the Berto Center, everything that you could name.”

(NSFW LINK FOR RESEARCH PURPOSES ONLY 1)

How did Dennis rebound after his divorce to Carmen? By playing the field.

He lived the bachelor life for three years, hooking up with the likes of

You may be familiar with her work.

(NSFW LINK FOR RESEARCH PURPOSES ONLY 1)

Dennis got roped into an exclusive relationship in 2002 with Jaimyse Haft.

Not much information on her or her and Dennis' relationship but not mad at The Worm for this one.

After Jaimyse Dennis ended up with wife number 3, and in his longest relationship ever, Michelle Moyer.

Their relationship was extremely turbulent. Despite having two children together, Dennis Jr. and daughter Trinity,  she filed for divorce in 2004, after just one year of living together, with the main problems apparently Dennis’s constant partying and substance abuse. The divorce stretched over an 8 year period before it was finally made official in 2012. The couple are friends now and on good terms.

Dennis had some struggles in the early and mid 2000's once his career began to fizzle out. Drugs took a toll on him personally.

He crossed paths with UK Big Brother contestant and British celebrity Alicia Douvall in 2003 and the couple began dating.

Somehow there are no pics of them as a couple together.

Here's what you need to know though.

According to Alicia's wiki - Alicia Douvall is a 40 year old British Model (Adult/Glamour). Born Sarah Howes on 1st January, 1980 in England, UK, she is famous for Kiss and Tell Page 3 Girl.

Since then Dennis has been busy easy foreign policy between our nation and North Korea. As is well documented, he and Kim John Un have become best buddies.

At the end of the day, The Worm is one of the most unique human beings to ever walk this planet.

He was one of the best to ever do it on the basketball court and is a 5 time NBA champion.

There's also no denying he's also one of the greatest cocksmen this world's ever known.

Check back tomorrow for the second inductee of the inaugural class, Prince. 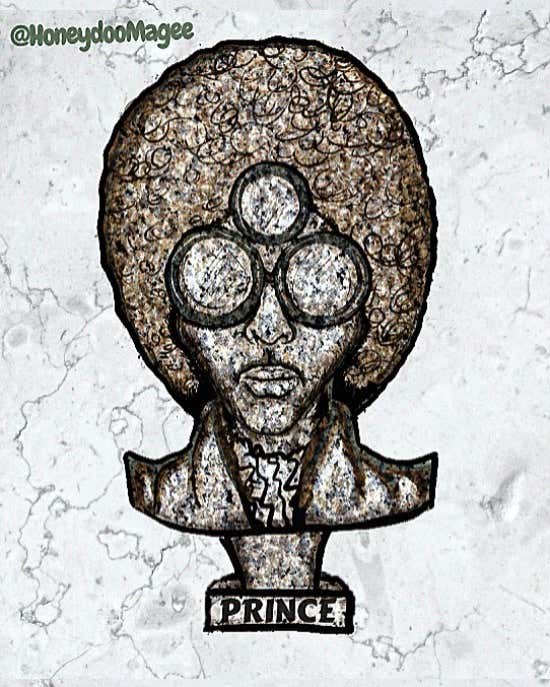 Will also be opening up the next induction class to stoolie submissions and votes. Stay tuned-