Well goddamn. Trade demands don't get much louder than that. And they don't get more easily set up to be roasted by NBA fans far and wide. James Harden established two narratives during his Houston Rockets career: he is one of the greatest scorers of all time AND he is a perennial choking dog come playoff time. So the "I literally have done all that I can" line is certainly guaranteed to not go over well with, yanno, anyone.

The Rockets biggest accomplishment during the Harden era was pushing the Golden State Warriors to seven games. The Rockets biggest black mark is... losing that seventh game by missing TWENTY-SEVEN CONSECUTIVE THREES. Year after year they would work their way into the "don't forget about the Rockets" conversation right before the playoffs, and every playoffs they gave you plenty of reason to forget about the Rockets. And while Tilman Fertitta sucks major ass, let's not act like the front office remained stagnant and kept running back the same shit unsuccessfully every season. They brought in Chris Paul, they swapped him for Russell Westbrook, they sorta tried Melo, they brought in Robert Covington, they made the center position illegal, they shook up everything AGAIN and kicked the tires on John Wall and Boogie Cousins, they signed Christian Wood who looks like a cornerstone for their franchise right now, they fired Mike Dan Tony. None of it worked in the form of a Championship, but in an era where teams were punting and waiting out the Warriors, the Rockets consistently tried to appease Harden while keeping themselves in the mix.

I don't blame Harden for wanting out. I do blame Harden for making it much harder on himself to get out. He's a superstar, someone will trade for him, that's how this works. I'm sure Philly is finalizing their offer as I type. I bet Danny Ainge is trying his best to figure out how to trade Semi Ojeleye for Harden straight up. Someone will come calling. But between Harden looking like me in the gut, blowing off training camp to hibernate in Vegas, and this down start by his standards, he did himself no favors. 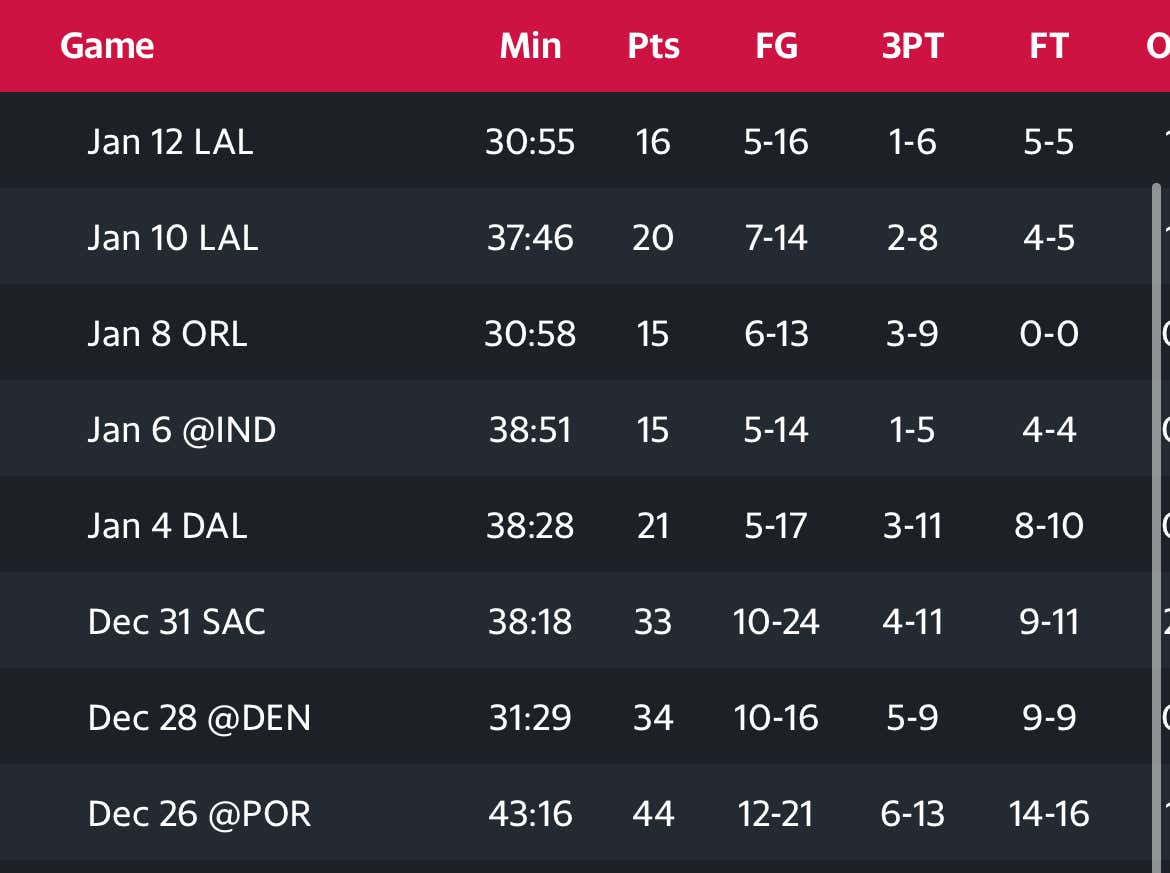 Just about every game got worse. He's averaging his lowest amount of points since his second year in Houston. His shooting splits are about on par with his career averages, which really speaks to the actual effort he's giving on the court. He shows up and plays his normal game he's still putting up 30 every night, there's not a doubt. But we're watching a man who truly, genuinely, does not give a fuck about the Houston Rockets right this second. And his teammates very much notice his no fucks given attitude.

For years it was rumored that John Wall and Bradley Beal didn't get along. There's no need to read into rumors this time around.

Get Harden out of there. Keep him at home until you can figure out a trade. Get the best package you can and move on. It was a good run. Houston traded Kevin Martin, Jeremy Lamb and Steven Adams for eight years of Harden. You do that trade every single time if you're the Rockets. And if they had just figured out to only miss oh, I don't know, 23 consecutive threes that May night, who knows what would've happened. But alas. The ugliest breakup since… Vince Carter leaving Toronto(?) is well underway.