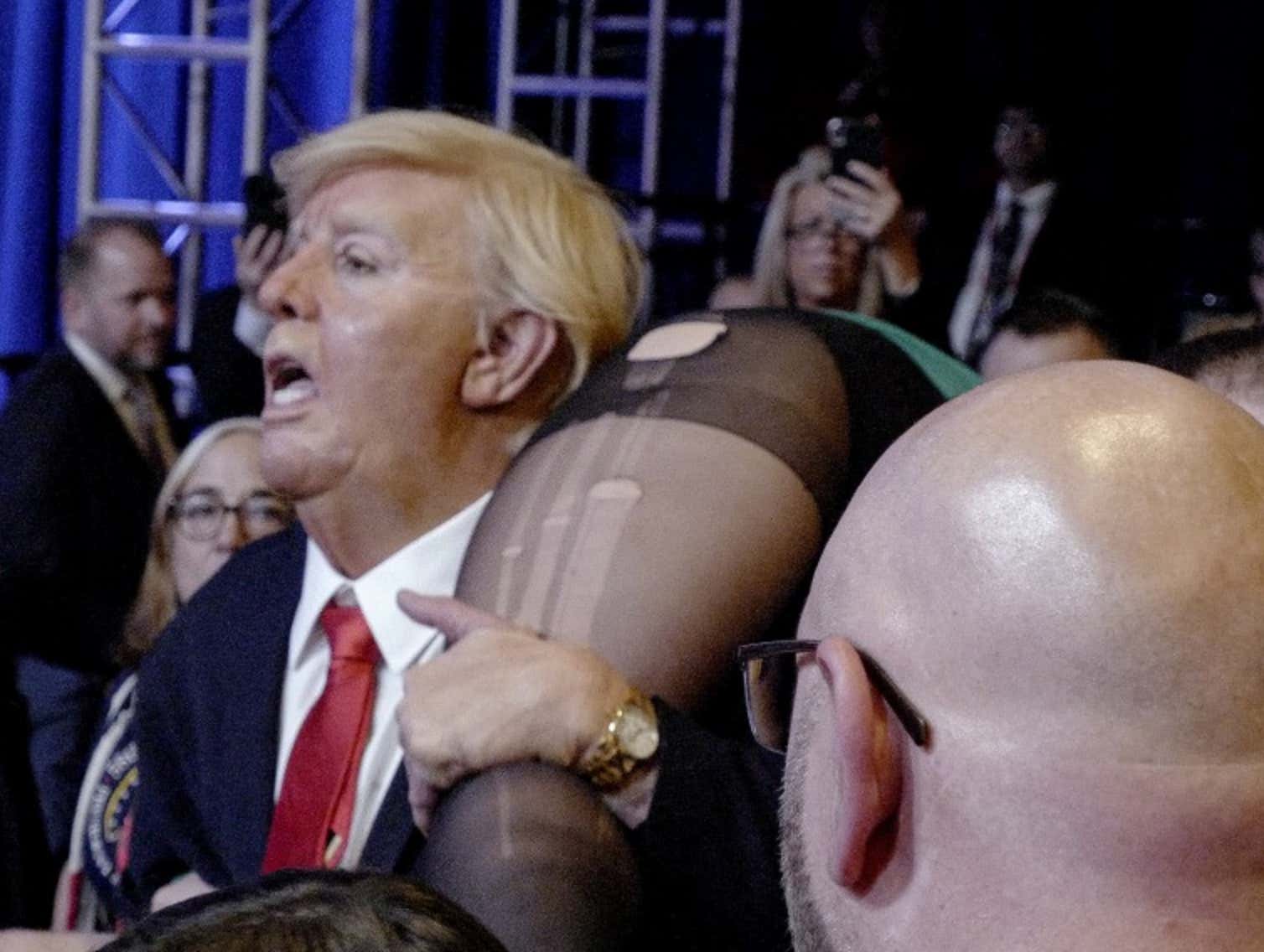 I was probably the last person on Earth to see Borat Subsequent Moviefilm: Delivery of Prodigious Bribe to American Regime for Make Benefit Once Glorious Nation of Kazakhstan.  When were those Rudy stories, the world's most aggressive and strangely positioned shirt-tuck? Like 2 months ago?  2 months, 2 years, time doesn't exist anymore, but it was a while.

I'm in the majority of opinions in thinking it wasn't as funny as the first one necessarily, although it did seem more significant, especially seeing why they wanted so badly to have it out before the election. But really all I'm left thinking about when I watch a Sacha Baron Cohen movie/video is how did he do that. It's fascinating to me how he can have so much access to so many events and so many people no matter how big and well-known and famous he gets — and that was years ago. How the fuck is he getting into a Mike Pence event in 2020?!?

Yesterday, Cohen shed some light on it:

LA TIMES — “I’m often asked, ‘How does an actor prepare for a scene?’” Cohen says, deadpan. “And I prepared by waking up at 1 in the morning, driving to a motel, sitting in a chair for six hours while a prosthetics team changed my face to Donald Trump’s and then, yes, sneaking into CPAC and staying in a men’s lavatory for a number of hours.”

When I expressed surprise that he got in in the first place, he agrees before I can finish the sentence. “So was I! I couldn’t believe it!”

As to how he whiled away several hours in a restroom stall wearing a 54-inch-waist fat suit, Cohen explains: “I had a phone, and I had one Coca-Cola. And I put little lines on the Coke bottle for how much I could drink per hour. In the meantime, I became familiar with the inner workings of the right-wing man more than anyone around. I know their diets. They need more roughage. It was a little too lively in there.”

As to how he exited the arena:

Previously, in an interview with “Good Morning America,” the “Borat” actor says TSA wanded him and picked up a beep near his chest that would’ve given his suit away. Baron Cohen lied and said it was a pacemaker, and when it beeped again, TSA then assumed it was the wire for the pacemaker. After filming the scene, he says he got escorted out by 15 Secret Service and local police, but that they never claimed his identification. (The Wrap)

Came in with a hidden fat suit to hide in a toilet, left escorted by 15 Secret Service. That's what will go on Sacha Baron Cohen's tombstone.

(via LA Times, The Wrap, The Independent)