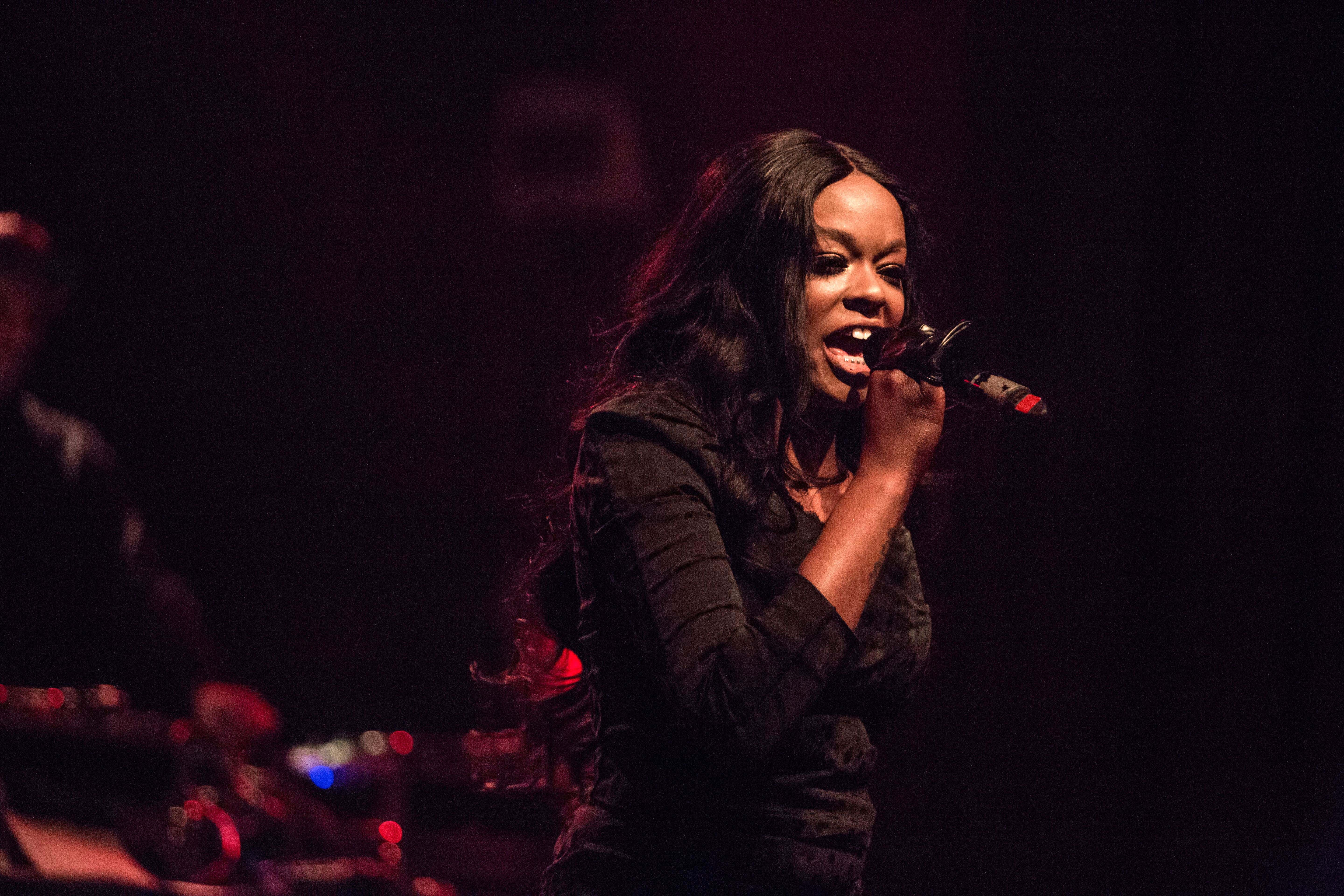 Just about a year ago, I became acquainted with Azealia Banks' work. Not as a musical artist, per se. But as a performance artist. A professional celebrity, if you will. That was the time when she called the Irish "fucking ugly inbred Leprechauns," and won my heart:

But even an eternal love like mine for her can be tested. For instance, with this little piece of social media theater she pulled:

The Sun - AZEALIA Banks dug up her dead cat Lucifer from a grave to "bring her back to life" as horrified fans watched on Instagram this morning.

The controversial rapper has concerned followers in the past with her bizarre antics.

The 29-year-old took to Instagram to share a video - which was quickly deleted - featuring her and an unknown person digging up the buried cat as she laughed in the background and made up a rap about it.

"The cat is in the bag!" she joked during the shocking video, as she pulled up a dirt-covered bag which allegedly held the cat's body.

She said she wanted to bring the animal "back to life."

Azealia captioned the video post: "Lucifer 2009 - 2020. My Dear kitty. Thank you for everything. A legend. An icon. Forever a serval serve."

In the disturbing clip, she then proceeded to boil the cat in a large pot of murky water.

She also shared the entire journey on her Instagram Stories -- however, all of the photos and videos were quickly taken down.

Never mind the video. Even it is still available on the 'Gram or some dark area of the web, I wouldn't seek it out, never mind post the link. Find it yourself. Or better yet, don't. You won't unsee that any time soon.

No one will ever mistake me for a big fan of the feline persuasion. And I'll readily admit that Lucifer led a good long life and already gone to that big scratching post in the sky and didn't feel a thing. But from any angle you look at this, it's dark and bizarre behavior. Hell, Dwight Shrute at least had respect enough to put Angela's cat in the freezer. And he's a farmer. I mean, sure, Sprinkles was still alive, but let's not split hairs.

The fact remains that Azealia is either in serious need of drastic psychiatric counseling or social media on the whole has reached the end of its usefulness as an entity. When we have gotten to the point where semi-famous F-list celebrities can't get attention by simply Twerking or lipsyncing or plugging some expensive designer handbag in their stylish home, and they have to resort to boiling the meat of the bones off the decaying carcass of a beloved pet just to cut through the noise and be recognized by the masses, then it's time to shut the whole thing down. But I'm afraid we've gotten to that point and there's no going back.

But seriously, Azealia, seek help, immediately. Take the advice of a fucking ugly inbred Leprechaun who cares about you. And your next cat.