I just ask that we can please have a civil, rational discussion about this.

Everyone knows there's a big focus on statistics and analytics in sports these days. Numbers drive decision making in the front offices across the league. And well guys, the numbers are showing that since Week 9, Baker Mayfield is a better quarterback than Patrick Mahomes. And Mahomes has not one but TWO first team All-Pros to throw the ball to. Could you imagine if Baker Mayfield had those types of weapons at his disposal? Tyreek Hill on the outside and Travis Kelce running across the middle. Who wouldn't win with that? Baker doesn't even have a wide receiver, running back, or tight end on the All-Pro two deep! Doing less with more: The Baker Mayfield Story.

I'm not saying that the Chiefs should cut Mahomes and eat that $500 million contract they gave him. That would be ridiculous. But what's also ridiculous is that the talking heads in the crooked media aren't even giving Baker Mayfield a sniff in their MVP talks. Am I crazy or did he just lead the Cleveland Browns to an 11-5 record? That right there should be enough, no further discussion necessary. And the fact that he just went on the road and beat the #3 seed without an offensive line validates everything I'm saying. I don't ask for much in this world but I think I deserve a couple things: the Browns should SWEEP the postseason awards. They shouldn't even vote on Coach of the Year. Send it to Stefanski now. Baker should be MVP. And Myles Garrett should be Defensive MVP AND Comeback Player of the Year. Just give credit where credit is due. That's all.

Don't tell the oddsmakers out in Vegas that are giving the Browns basically a 0% chance to win, but I think we're in for quite the game on Sunday afternoon. A shootout. Sure the Chiefs have better weapons overall, but the Browns have the better quarterback. Statistically speaking, that is. I hope it's similar to when these two matched up in college: 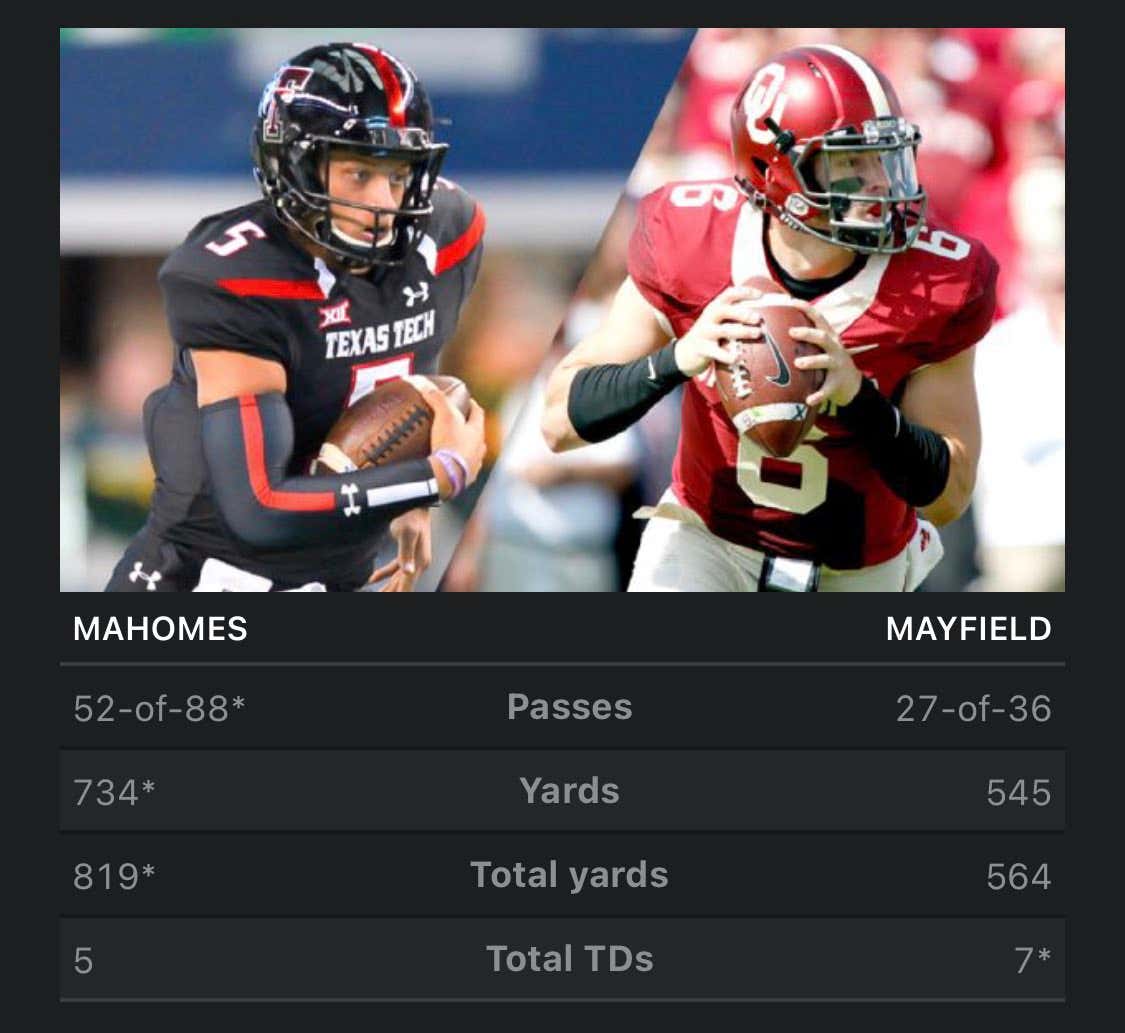