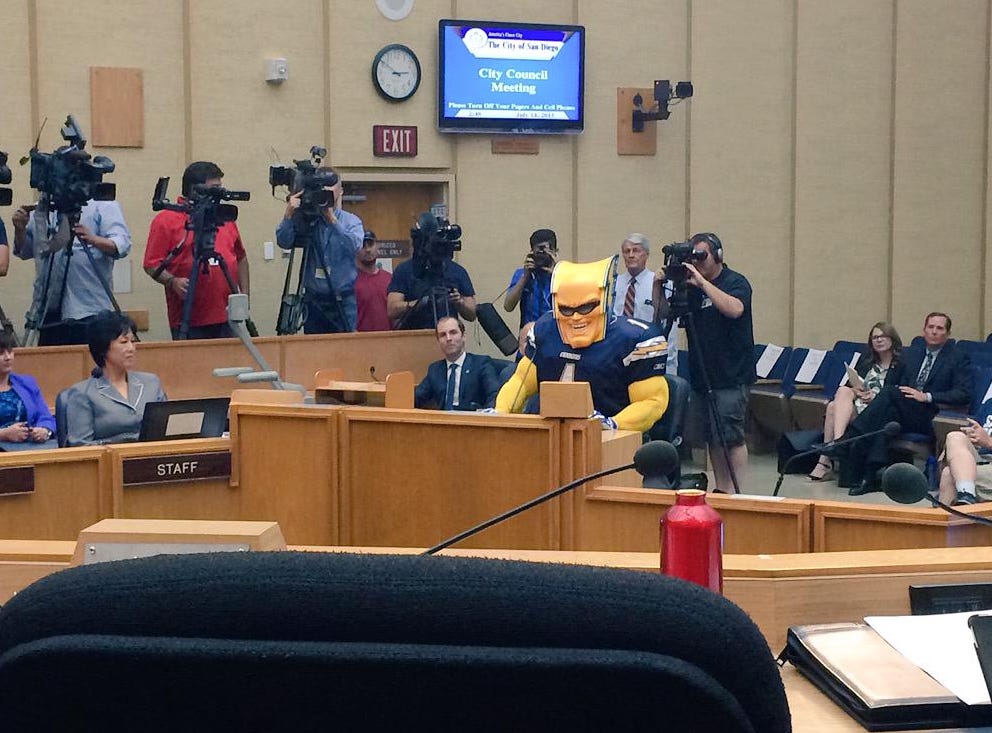 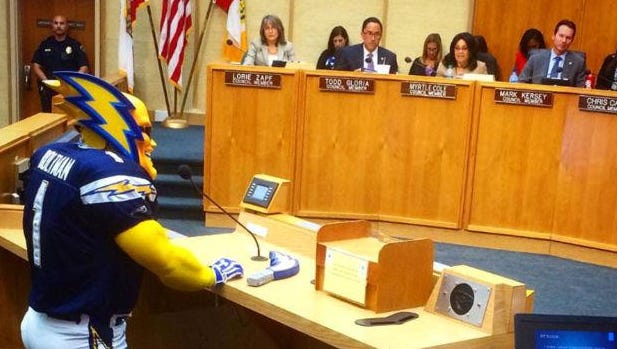 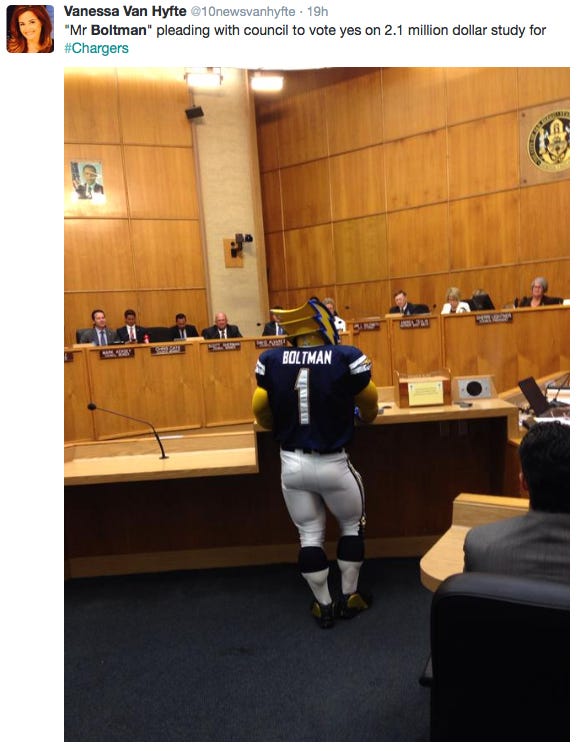 I guess he had no choice right? I mean it seems absurd when you look at these pictures of Boltman getting in front of the mic at the San Diego City Council, arguing to keep the Chargers in San Diego, but what was the alternative? In the real world he’s a realtor and grandfather, I’m not joking, you think the City Council would be impressed by the 10,000th guy in pleated pants and a brooks brothers shirt, gabbing on about environmental studies and city finances? Hell no, gotta bring in the big guns, gotta go as Boltman, because if you don’t get a little impressed when Boltman walks in the door then you’re probably not alive inside.

By the way, talking at a microphone as Boltman isn’t weird. That’s showtime, when the lights are bright. It’s sitting in a hot room next to some guy named Fred, trying to shoot the shit about your grandkids while you wait for the aldermen to arrive that probably is slightly awkward. 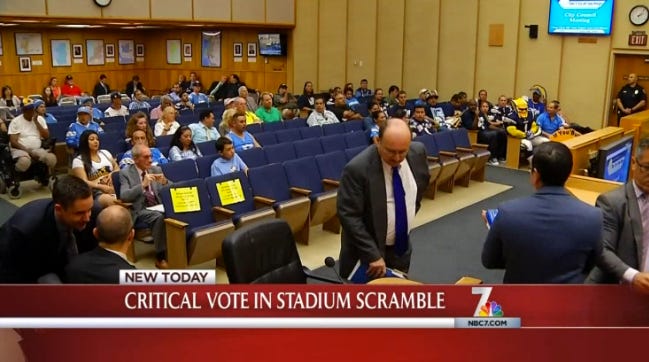 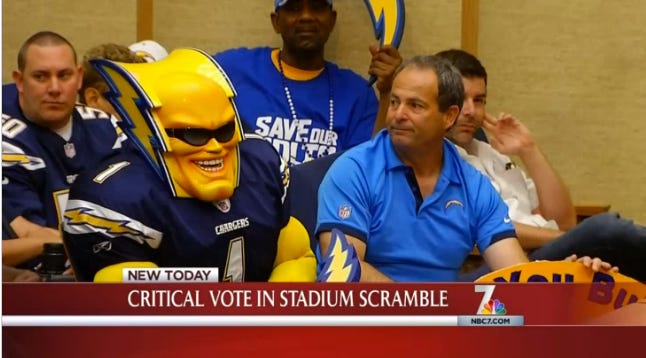