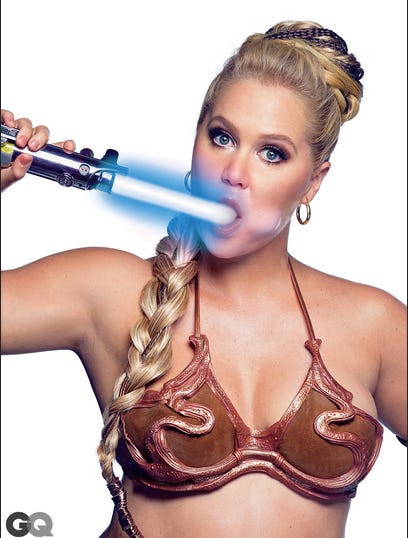 I can hear the nerdgasms from here. The fact Amy Schumer has publicly said she can “Catch a dick whenever I want”, I’d venture to say that a scorching hot light saber isn’t the most deadly thing she’s put in her mouth. Plus judging by her weight and effort towards sex I bet she gives great helmet. I’ve stated before that I’m pro-Schumer. She just doesn’t give a fuck and isn’t annoying the shit out of me (yet). She also seems down for whatever. I bet if GQ wanted they could have gotten some A+ furry footage featuring her, Chewy, and a gaggle of Ewoks. Seems like a missed opportunity. 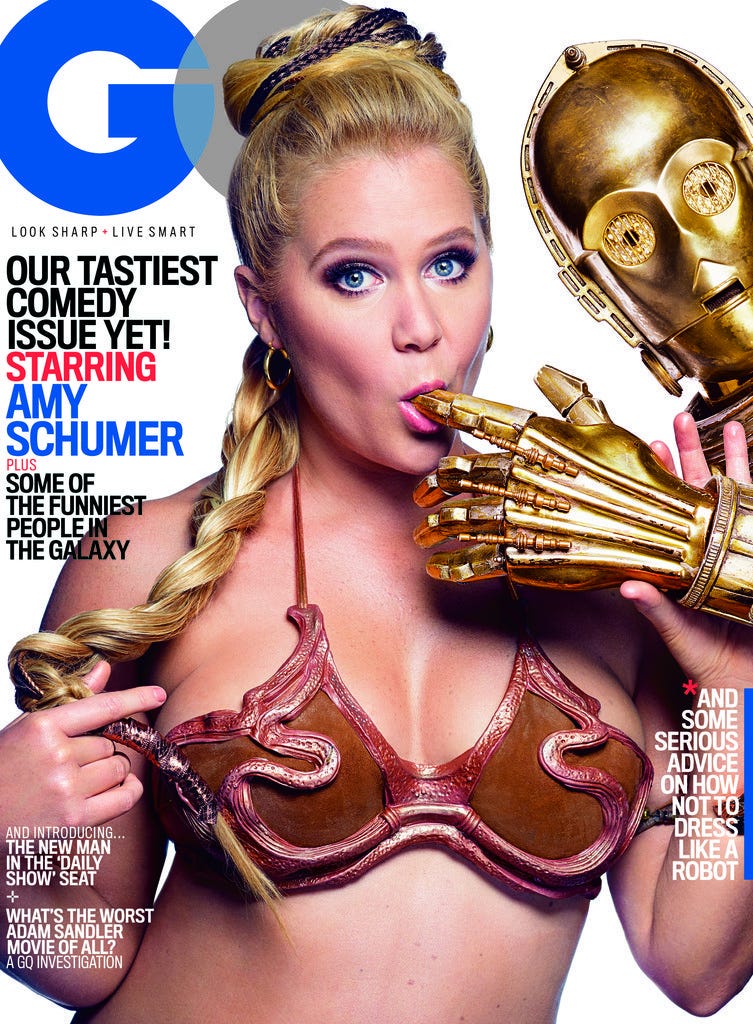 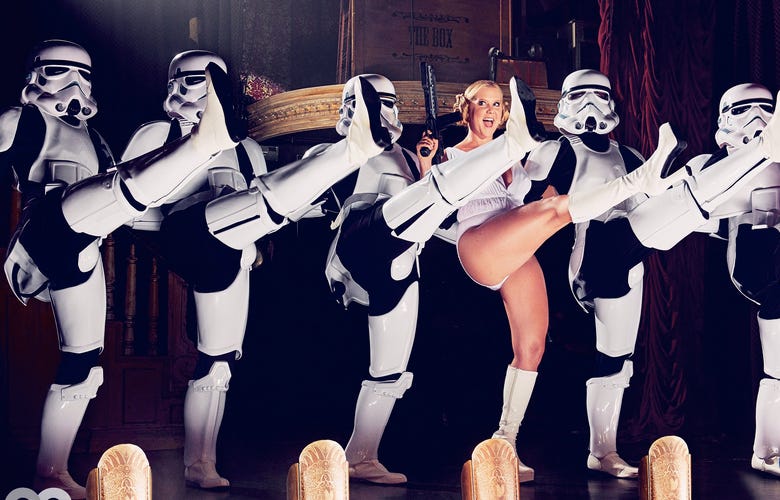 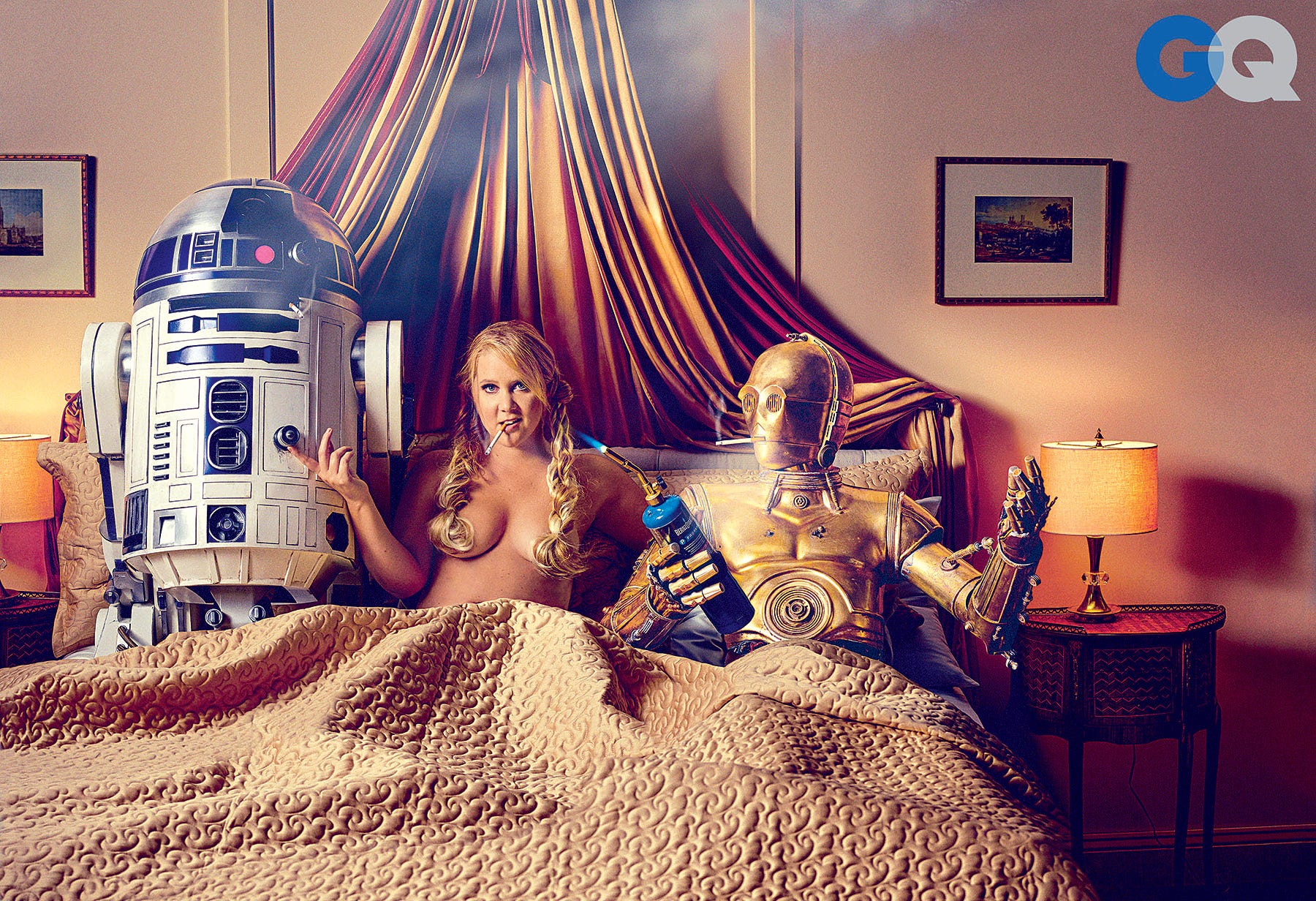